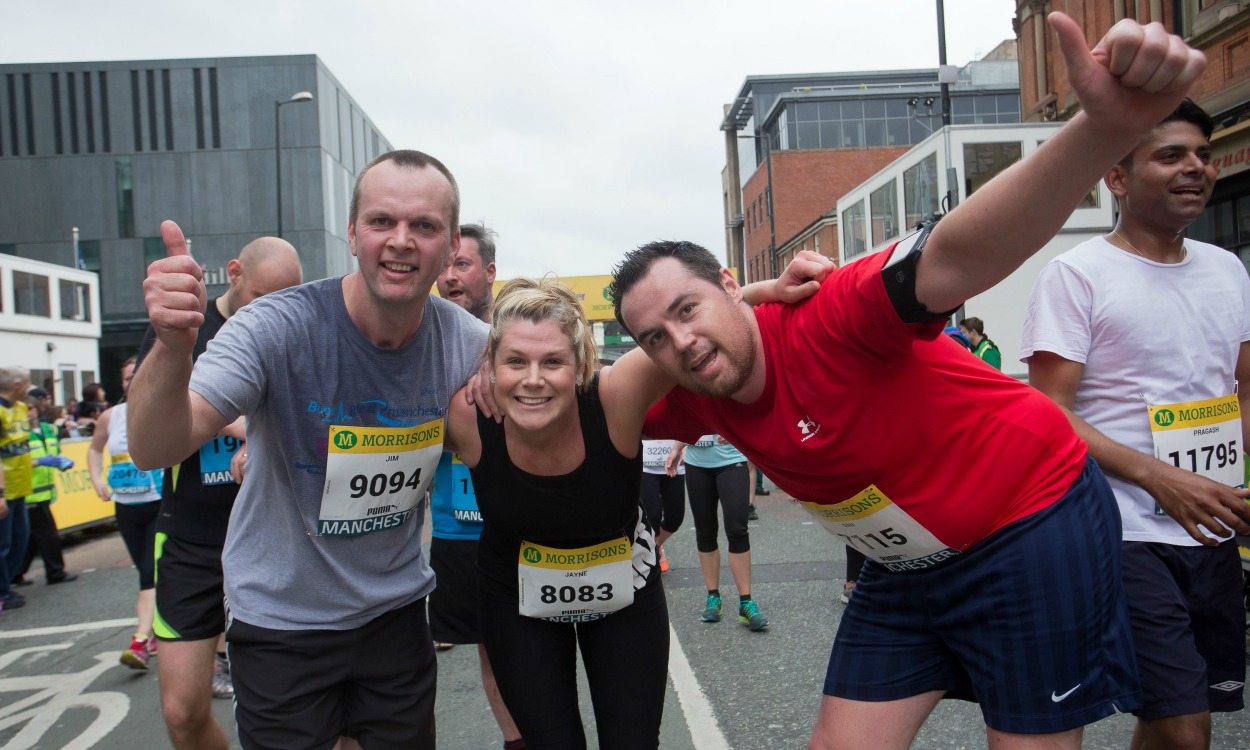 Manchester’s biggest day of running will get even bigger next year after a new half-marathon event was announced for the Great Manchester Run weekend in 2017.

The current Great Manchester Run 10km is the biggest of its kind in Europe and the UK’s third-largest mass participation event – on Sunday the 300,000th finisher will cross the finish line on Deansgate. Now, a new half-marathon has been added to the programme and will be staged on the same day as the 10km event, forming part of a weekend that also includes the Great CityGames and Mini and Junior events.

The half-marathon will follow a new route, taking in both the Etihad Campus and Old Trafford, running over the Mancunian Way, and finishing at the same point as the 10km beside the Beetham Tower on Deansgate.

Heard our news? Check out the course for #GreatManchesterRun Half Marathon event – new for 2017! ?https://t.co/gHec6SbBMm

The Great Manchester Run was first staged in 2003 as a legacy event following the Commonwealth Games held in Manchester the previous year. Arguably the greatest ever male distance runner, Haile Gebrselassie, has won in Manchester five times, with the 6.2-mile course also being graced by athletes including three-time Olympic champions Tirunesh Dibaba and Kenenisa Bekele, along with former marathon world record-holder Wilson Kipsang and Great Britain’s Jo Pavey, who has won the event twice.

The Great Manchester Run has also seen millions of pounds raised for a host of charities, with the Royal Manchester Children’s Hospital having more than two thousand runners on the start line this year.

“We’re delighted to add a half-marathon route to what is already an incredible event,” said Brendan Foster, chairman of The Great Run Company, which organises the Great Manchester Run.

“We’re sure runners in Manchester will be as excited as we are about the chance to take on a half in their city centre, and take the Great Manchester Run on to a new level.

“We’ve worked with Manchester City Council for over a decade now to make this event a landmark in the city and the country, and it’s fantastic that we enjoy the continued support of the Council to make the Great Manchester Run even greater.”

» Visit greatrun.org/Manchester to enter from Sunday May 22, 2016, at midday