Mutaz Essa Barshim rises to the occasion in Qatar 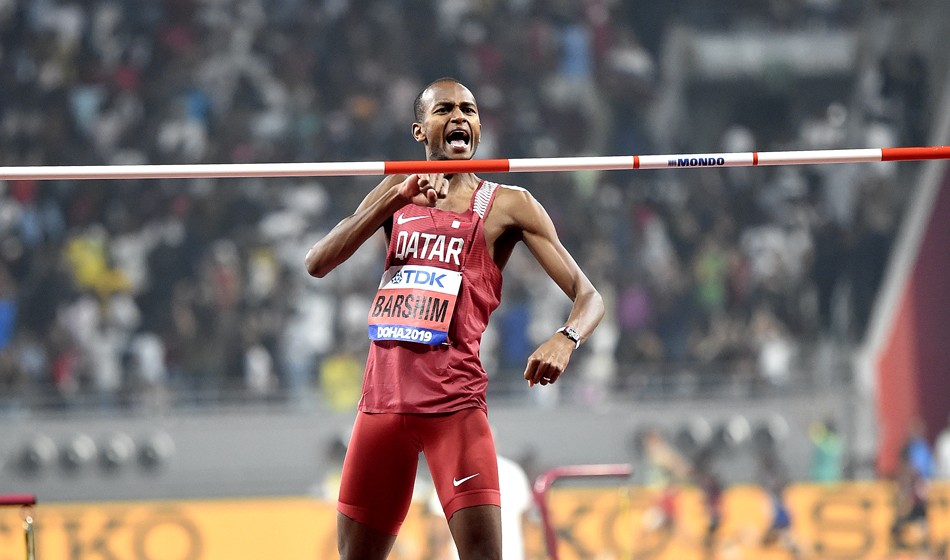 On a memorable night at the Khalifa Stadium, home hero Mutaz Essa Barshim gave the people exactly what they wanted when he leapt his way to a second consecutive world high jump gold.

The Qatari has been beset by injury throughout the year and has not been able to hit the great heights to which he has been accustomed but, roared on by the crowd which had been swelled by his presence in the field, the defending champion retained his crown.

The 28-year-old had been on the brink of crashing out of the competition completely after two failures when attempting to clear 2.33m but he used his last chance to sail over, with the crowd celebrating as if he had scored the winning goal in the World Cup Final (another showpiece event which will also take place in Doha, of course).

As if energised by his great escape, Barshim suddenly found his form and cleared 2.35m at the first time of asking. That feat was matched by Russian Authorised Neutral Athletes Mikhail Akimenko and Ilya Ivanyuk, while Belarussian Maksim Nedasekau failed at the mark that had been his world lead and opted instead to join the others in aiming for the greater height of 2.37m.

It was a task which proved to be beyond him and all the other competitors – except for Barshim. The man who has cleared 2.40m or better every year from 2013-2018 didn’t have to go that far but he smoothly leapt into gold medal position with one attempt and sent the watching thousands into raptures.

Akimenko and Ivanyuk did their best to prolong the contest, but there was a sense of inevitability about them finishing in silver and bronze positions respectively.

“It is home and I feel my jumping is really good,” said Barshim. “Today was very important for me because I was pushing myself the whole season to jump well at home.

“Despite the fact that the people are sometimes very critical, I am happy to compete here. I always want to win, it does not matter where it is. Every athlete wants to compete at home so it is special.

“It is really great to jump in front of the home crowd, especially when you have your family and wife in the stands. It was very important for me. I just want to do this for them. It definitely makes these championships special to me and it gives you extra motivation.”