London winner Joyce Smith was ahead of her time 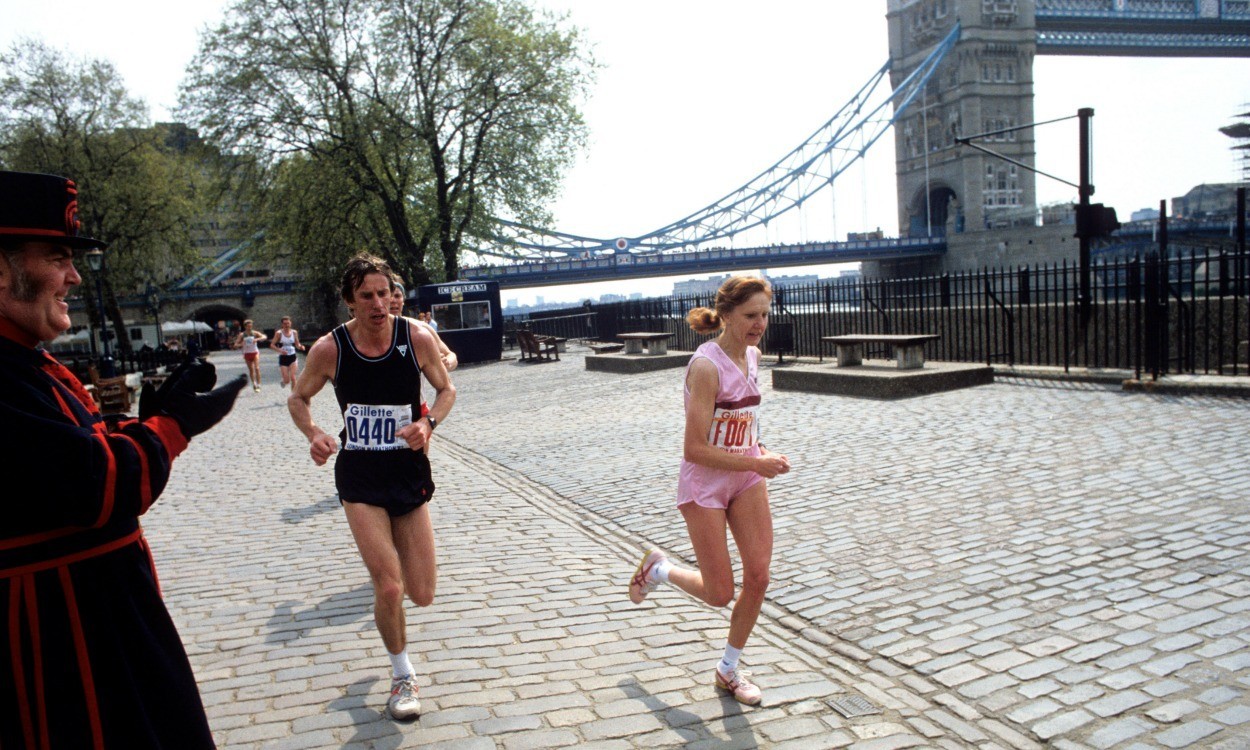 The Virgin Money London Marathon this year celebrates its 35th anniversary and while one running great – Paula Radcliffe – prepares to enjoy what could potentially be a final hurrah over 26.2 miles at the age of 41, three-and-a-half decades earlier another British great won the very first staging of the event.

Joyce Smith was ahead of her time and was two years older than the now world record-holder and only in her second year of competitive marathon running when she claimed victory in London.

When Smith began competitive athletics in the 1950s the longest track race in international competition available to women was 880 yards, so she moved up in distance as the events became available. From being introduced to running at a summer camp when she was 15 to finishing 11th in the 1984 Olympic marathon at the age of 46, the progression of her career is a fascinating tale.

“Obviously right through my athletics career, the events weren’t there,” the 77-year-old told AW at the London Marathon’s recent annual lunch event. “I moved up events as they came in so that’s why my career obviously prolonged.”

“Obviously right through my athletics career, the events weren’t there … I moved up events as they came in”

After success on the country including a full set of world medals and world record-breaking performances on the track, Smith smashed the British record when running her first marathon in 1979. She improved that mark three more times before running 2:29:57 to win the inaugural London Marathon in 1981. That was the first time a British woman and any female over the age of 40 had gone sub-2:30.

She returned to London a year later and retained her title, clocking another British record of 2:29:43 and becoming, at the age of 44 years and 195 days, the oldest woman to win the race. It’s a record that still stands today.

“Before I did the marathon I had found that running the 3000m at 41, I was having problems,” said Smith, who had earlier captained the GB women’s team at the 1972 Olympics in Munich where she ran the 1500m. “I tried to make the Europeans in 1978 and was having injuries and goodness knows what, so I knew I couldn’t track train any more. I just wanted to do a marathon like lots of people to say you’ve done one.

“So it created this new big world. In the first year of my marathons I did six marathons, as I didn’t know how long it was going to last because of my age.”

Smith would enjoy another six years of competitive running during which time she finished ninth at the first IAAF World Championships in Helsinki and 11th in the first women’s Olympic marathon in Los Angeles. She helped to take the event to new levels – her 2:29:43 lifetime best set in London in 1982 would have seen her top the UK rankings in both 2014 and 2013 and she believes she could have gone quicker.

“Looking back I wish I’d been able to do it (the marathon) in my 30s,” she said. “Because, you know, obviously I was reasonable at it and what would I have achieved?”