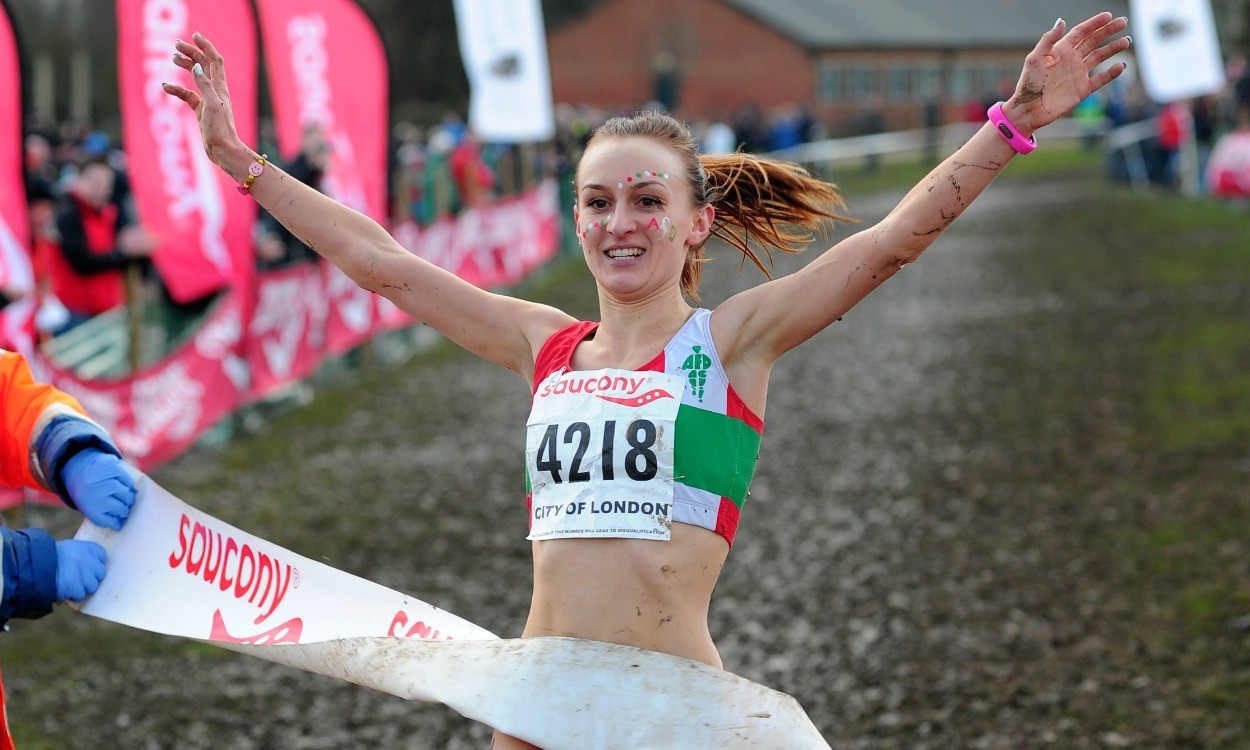 A round-up of Saucony English National Cross Country Championships action at Parliament Hill, as Dewi Griffiths was among Welsh winners and Maddie Murray among those to claim Scottish National victory

She pushed on over the second half to win in a time of 30:07 for the 8km event. That gave her a 48 second win over her Aldershot, Farnham and District team-mate Louise Small.

Manx’s Sarah Astin was a surprise third and as she is now at St Mary’s it gave Mick Woods-coached athletes a clean sweep, even with some of his better known names competing in Birmingham at the Sainsbury’s Indoor Grand Prix on the same day.

In his first senior National, 21-year-old Charlie Hulson was an easy winner of the men’s 12km race.

Only 11th in the European trial at Liverpool in November, he went on to finish 15th in Bulgaria in December but here with a strong second lap on the tough Parliament Hill course, he opened up a big margin.

Andy Heyes and Nick Swinburn, who were third and fourth last year, each moved up a place to take the silver and bronze medals. Notts AC won the team race.

The junior men’s title was easily defended by Jonathan Davies, though Abel Tsegay ran him close on the first lap but ended up 29 seconds back on the Reading AC athlete’s 33:26 for the 10km race.

Mahamed Mahamed was another who did all his destructive running on the second lap and he opened up a 48 second gap to win the 6km race in 20:00 from James Gormley, who had a sprint finish with Alex Yee for the silver medal.

Mahamed’s brother Zakariya came second in the under-15 race to George Groom, who had only finished fourth in the South of England Championships but won the 4km race here in 15:48.

Tommy Dawson, who was runner-up in the North of England Championships, went one better in the under-13 race and the Leeds athlete won the 3km race clearly in 11:49.

Rebecca Murray, who competed in the European under-23 event, won a hard-fought junior race over 6km in 22:48 by just three seconds from Phoebe Law.

Harriet Knowles-Jones decimated the field in the under-17 race over 5km. Third last year, she won her first national title by 49 seconds from Morven Goodrum. Last year’s under-15 champion Sabrina Sinha, who beat Knowles-Jones earlier in the season, wasn’t in her best form and finished fifth.

South of England champion Kathleen Faes has been in unbeatable form all season and she won the under-15 race over 4km by almost half a minute in 14:41. Alex Brown, who missed out on gold last year in the under-13 race by a fraction when she was pipped on the line, this time sprinted into second in the last two metres to beat track star Tilly Simpson.

North of England champion Olivia Mason, who was 16th last year, easily won the under-13 race over 3km.

Over at the Welsh National Cross Country Championships and Dewi Griffiths secured his fourth consecutive senior title at Rhug Estate in Corwen. He becomes only the fourth man to have achieved that feat.

In the women’s senior event Ffion Price led from gun to tape to secure her first senior women’s title.

Fresh from running at the Armagh International on Thursday, Jac Hopkins easily claimed victory in the junior men’s event, while Bronwen Owen and Heidi Davies took the titles in the under-20/17 combined race.

Matthew Williams won the under-17 men’s title, while under-15 wins were claimed by Oliver Barbaresi and Abigail Fisher. Iwan Glynn and Mia Roberts won the under-13 races.

Central AC’s Butchart enjoyed a winning margin of 18 seconds over 12km against Callum Hawkins with 38:06. Murray clocked 28:54 for the 8km course, sprinting past Rosie Smith to claim gold. Morag MacLarty claimed a place on the podium for the first time at senior level with bronze after a number of wins in the age groups.

The under-20 winners were Jonny Glen and Kathryn Gillespie, while under-17 titles went to Connor Maclean and Laura Stark. Adam Scott and Erin Wallace won the under-15 races, while Hamish Armitt and Emma Frew were the under-13 winners.

» See next week’s Athletics Weekly magazine for more in-depth reports, pictures and results from the English, Welsh and Scottish Nationals