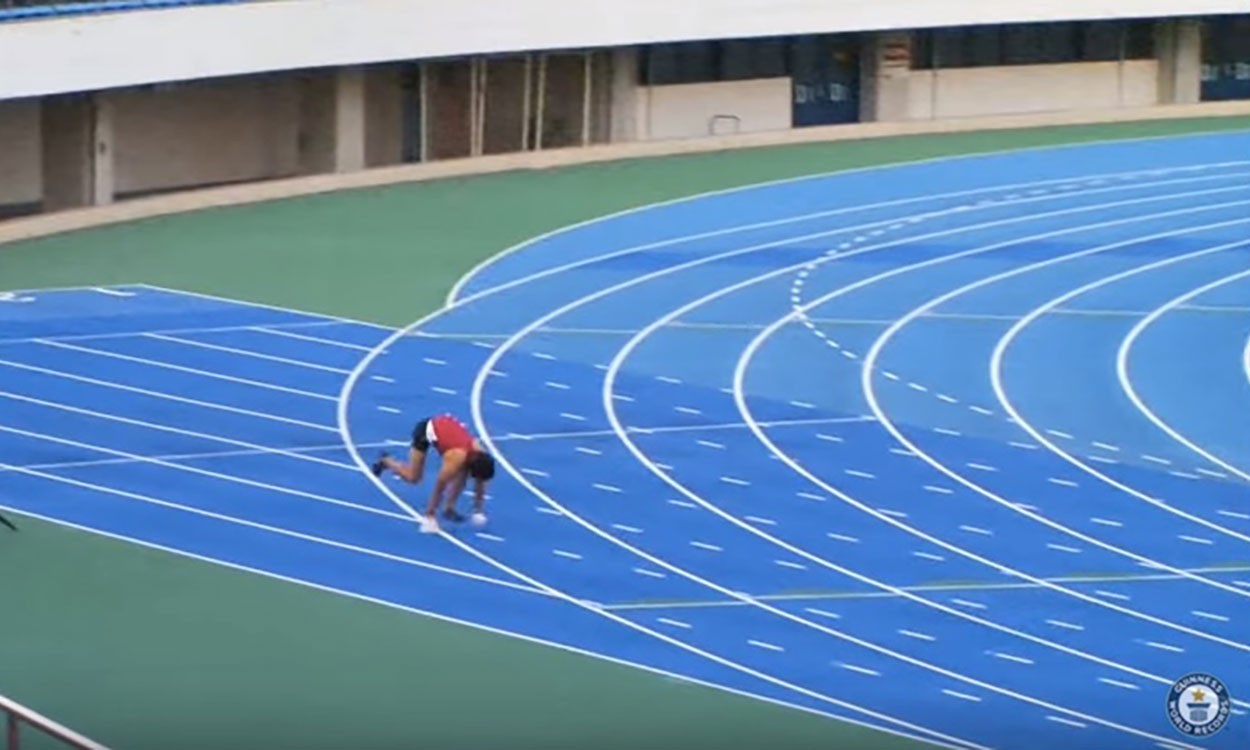 Japanese athlete breaks Guinness world record with a time of 15.71

Most people who aren’t athletes would be delighted with a time of 15.71 seconds for 100m, but a man from Japan has broken a world record by doing that time on all fours!

Kenichi Ito regained the Guinness world record at Komazawa Olympic Park Athletic Field in Tokyo this month in an event put on as part of Guinness World Records Day.

Watch the video below and read more about Ito and running on all fours in the November 26 edition of Athletics Weekly magazine.