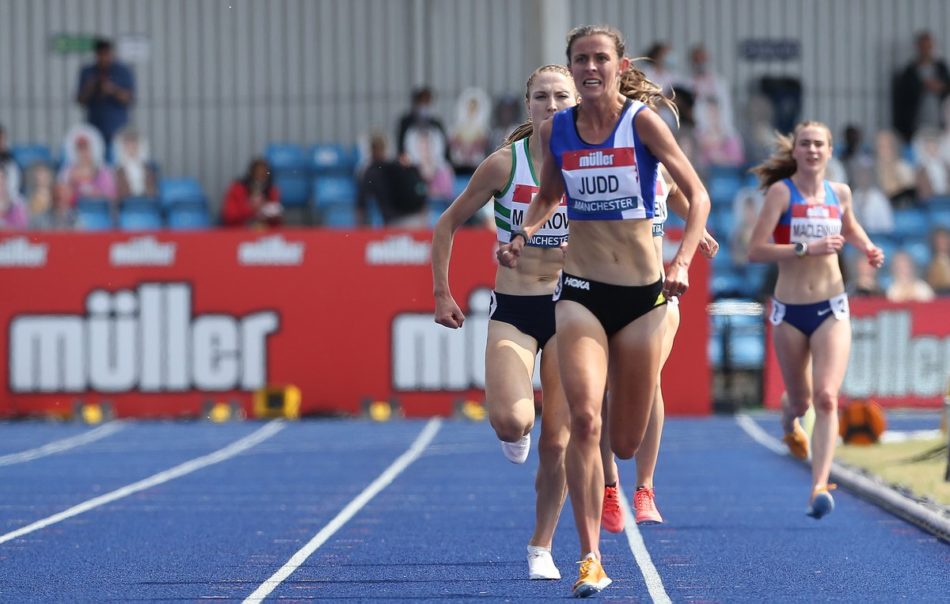 British 5000m champion on competing in two distance events in Tokyo, the strength in depth of quality in the 5000m and 10,000m and potential redemption from Doha

It’s quite rare not to catch Jess Judd smiling, whether in a mixed zone after a race or, in this case, on a zoom call. Given the year that she’s had so far, you can understand why.

Over the past month Judd has qualified for her first ever Olympics in both the 5000m and 10,000m, having missed out five years ago in Rio de Janeiro due to a torn hamstring.

Her last major championship outdoors was in Doha at the 2019 World Championships where she fell ill and failed to get out of her heat and finished 11th in 15:51, before the pandemic postponed the Olympics.

“I’ve never made an Olympics coming up and there are quite a few people in the same position as well. It’s the dream you have that when you’re younger and the first question anyone asks is ‘have you been to the Olympics?’ It’s surreal to say that now but it’s like any other championship now and I can’t wait,” Judd says. 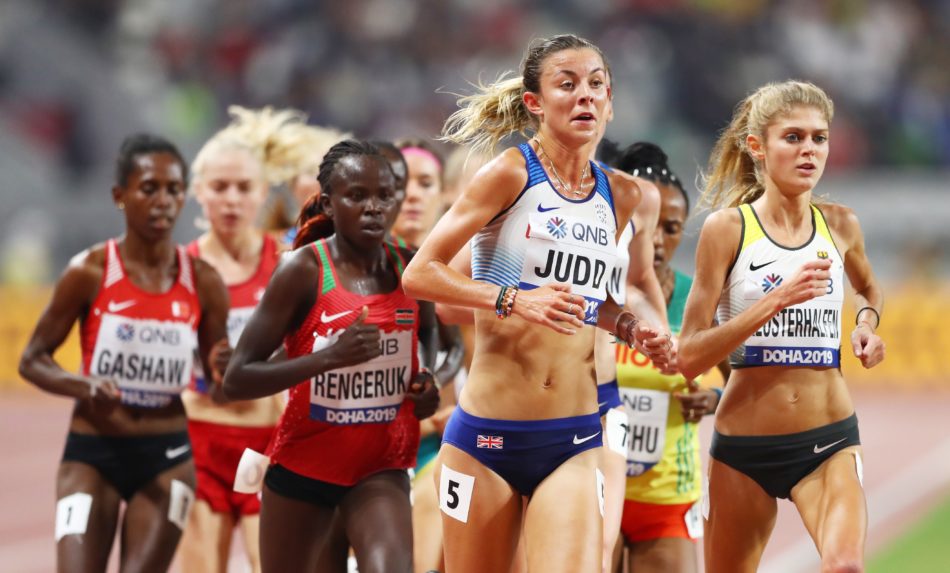 Last week Judd, along with the 71 other British athletes who had been announced at the time, took part in the kitting out day ahead of Tokyo and it all suddenly feels a lot more real for the 26-year-old.

“For a lot of people it’s just exciting. At the start of the year a lot of people were uncertain if the Games would actually happen and that was hard to deal with. Being at kitting out was cool, trying the stuff on and it’s weird seeing it after it was meant to be last year,” Judd tells AW.

“Everything is still all a bit unknown so some of us are a bit nervous but you have to prepare for everything in a championship and that extends to the village environment now as well. I think we’ll have to eat by ourselves, I read that in the handbook somewhere but whether that happens I don’t know. This year has prepared me for being on my own though so I don’t think it will be too big of an issue!”

Judd prepares for Tokyo in the 5000m and 10,000m after securing qualification for both distances at the Müller British Championships in Manchester and Birmingham respectively.

The first event out of the two was the Müller British 10,000m Championships, which doubled up as the European 10,000m Cup, in Birmingham on June 5. Judd finished third, with fellow Brit Eilish McColgan winning, but qualified for Tokyo as she clocked a personal best of 31:20.84, finishing under the Olympic qualifying standard of 31:25.00. The fact that she was the second Briton meant she also automatically booked her ticket to Japan.

“I knew that I’d try and race in Birmingham but Amy [Eloise-Markovc], Verity [Ockenden] and Eilish were in the race so it was a high class field to be a part of. I was that close to the time though so it wouldn’t be fair to have said that would have been it. As the race went on I was trying to race the GB girls and try out if I was running the right pace,” the 26-year-old says.

“With about a mile to go I was thinking that if I’ve got to run the time then I had to go then. In my head, I thought it had gone and figured that it was my last 10,000m of the year so make it a good one and see high up you can finish in the race. Eilish then went with me and out kicked me and although I was upset at the time she had finished ahead, it didn’t matter when I saw the time and a burst of emotion came out. I made the Olympics in an event which I’ve only raced twice on the track and I didn’t think I could qualify in.

“With 200m I was just trying to get to the finish line as quickly as possible. To be honest, I didn’t know that Eilish had actually won the race as there were so many people in that home straight, from lapped runners to people cheering from the side, but when I saw that she’d run 31:19 I suddenly realised that I’d got under the time.” 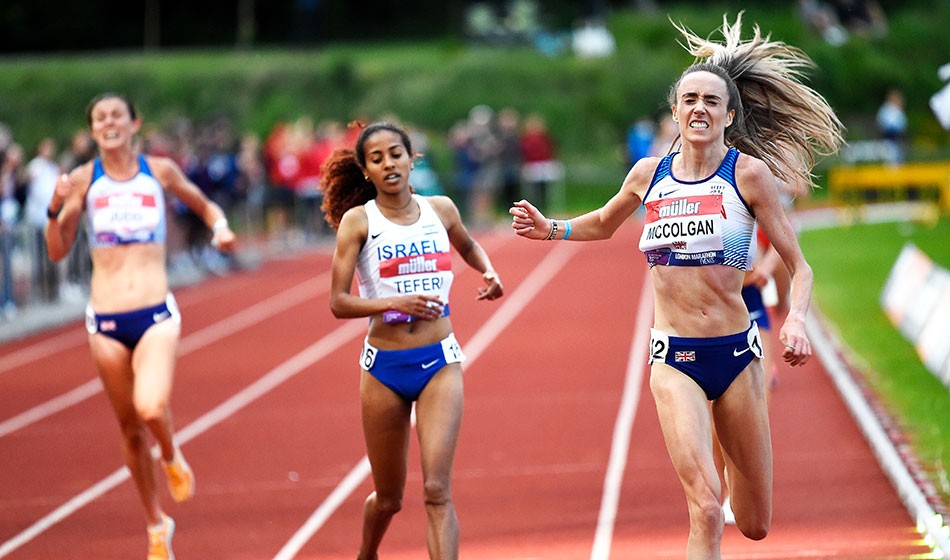 Judd’s attention soon turned to securing automatic qualification in 5000m by finishing in the top two at the Müller British Championships on June 27. She went into the event as reigning British champion.

“I think I’d put pressure on myself more as my dad and fiancee were like ‘you’re going in the 10,000m, it’ll be okay’ but on my part I wanted to do the 5000m as Doha went so badly. I got ill at the wrong time [in Doha] and felt awful throughout the whole race. I hated to be on that stage and not perform to my best. I was nervous [in Manchester] but they kept me calm and it really helped, especially in the last 600m,” Judd tells AW.

“I could feel the girls up on my shoulder with about 250m to go. I just thought I had to rally and you revert back to training so it was about getting round that top bend. It proved that I still have a bit of speed and that I can still race a tactical race.”

Markovc, McColgan and Judd will make up the British women’s 5000m team in Tokyo and confidence of a medal may be growing after McColgan broke Paula Radcliffe’s 17-year-old British 5000m record with 14:28.55 at the Diamond League in Oslo three days ago.

Judd says the strength in depth of British distance running is ‘scary’.

“The more people that do well, it pushes everyone on further. You have to be at the top of your game to make teams. You can’t just walk into them anymore and sometimes it goes your way and others it doesn’t. It’s nice that things have gone my way this year but I’m just going to have to keep working as there are so many people who could’ve made the team,” the distance runner says.

“You can’t rest on your laurels and Amy and Verity especially have ran so well this year and then of course Eilish goes out and breaks that record. I’m happy for everybody as it’s been a hard year and it’s nice to see other people doing well as you believe you can do it on a world stage.” 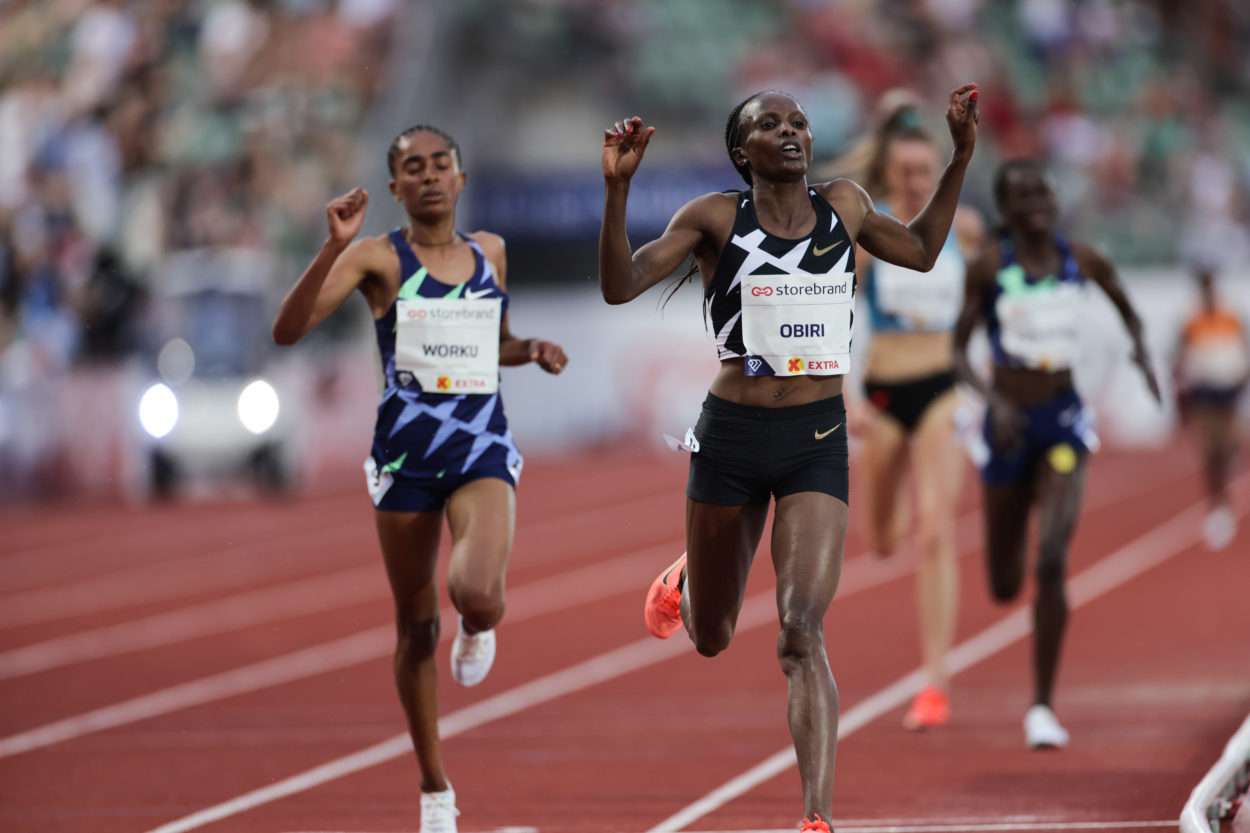 In February, Judd partnered up with Hoka and after training on the roads due to the struggle of finding a track until mid-April, is glad that their shoe technology helped protect her when training for the outdoor season.

“I’m really lucky as I have that support and the brands you’re with put faith in you that you will run fast. You can’t underestimate that as a runner as you just want people to believe in you. In that respect [being with Hoka] has been amazing. We didn’t have access to a track to mid-April and with all the talk about shoe technology and the foam being a bit more protective, I was really lucky as I wore the carbon X2 on the road with lots of padding and it protected my lower legs when I went into training the next day,” Judd adds.

“For me it’s been a lifesaver as I could recover quickly after sessions. On the track I wear the rocket X shoe and the technology has helped me progress as an athlete. At first I thought you’d be at a disadvantage if you don’t have access to the spikes but this year most of the brands seem to have been upping their game and I’m really lucky with Hoka that they have produced some great spikes and I love them. I feel so responsive and it’s a nice feeling so I’m grateful for them.”

From training on the roads and unsure of a potential doubling up involving the 10,000m, the start of 2021 now seems a long way from Judd as Tokyo appears on the horizon. After missing out on Rio in 2016 due to injury, her patience has been rewarded and the once 10-year-old who had dreams of being called an Olympian has a message to the next generation.

“I would just say to enjoy it. If you enjoy what you do then great things can happen. I think sometimes when you’re running or training, it can be quite demoralising if the weather is rubbish or you run a bad time. Don’t put too much pressure on yourself though as I found that in 2014 so I went back to why I loved the sport in the first place and why I spent so many hours training for it. Being an Olympian now, I wish I knew that earlier on!”