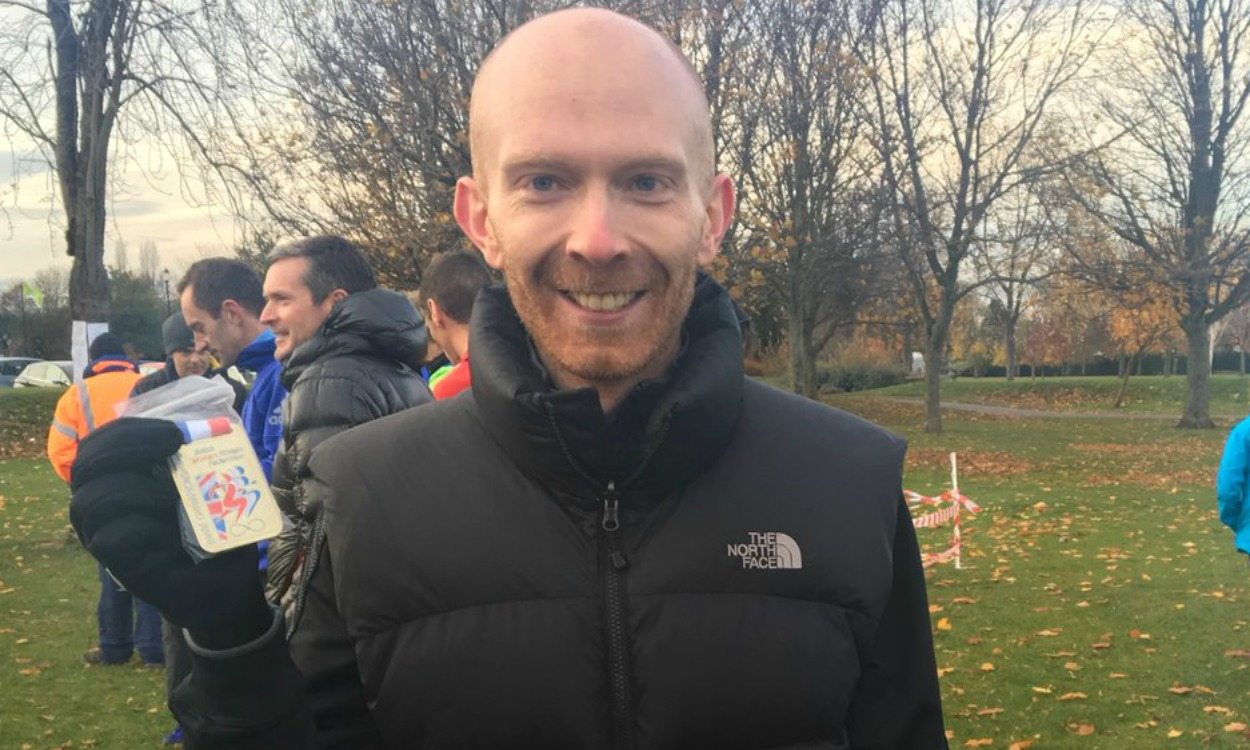 Honours were shared at the BMAF Cross Country Relay Championships at Long Eaton on Saturday (November 19).

Birchfield’s Andy Peat (pictured) was fastest with a 9:23 leg.

Darren Newbould of Hallamshire was quickest with 10:02.

Cambuslang won the M55 race with their Colin Donnelly fastest with 10:26.

Blackheath and Bromley narrowly won the M65 race from Rotherham.

John Hill of Halesowen was easily fastest M65 with a time of 11:59.

Heanor, after a strong opening leg from Lisa Palmer, were clear winners of the W35 race. Telford came through strongly to take second thanks to the fastest leg of 10:36 from Masters International winner Claire Martin. Belgrave Harriers finished third.

Bristol and West won the W45 race by over half a minute from defending champions Dulwich for whom Clare Elms’ 11:09 was easily quickest.

Bingley won the W55 race after a strong start from Sue Becconsall who ran 12:24 for the fastest leg.