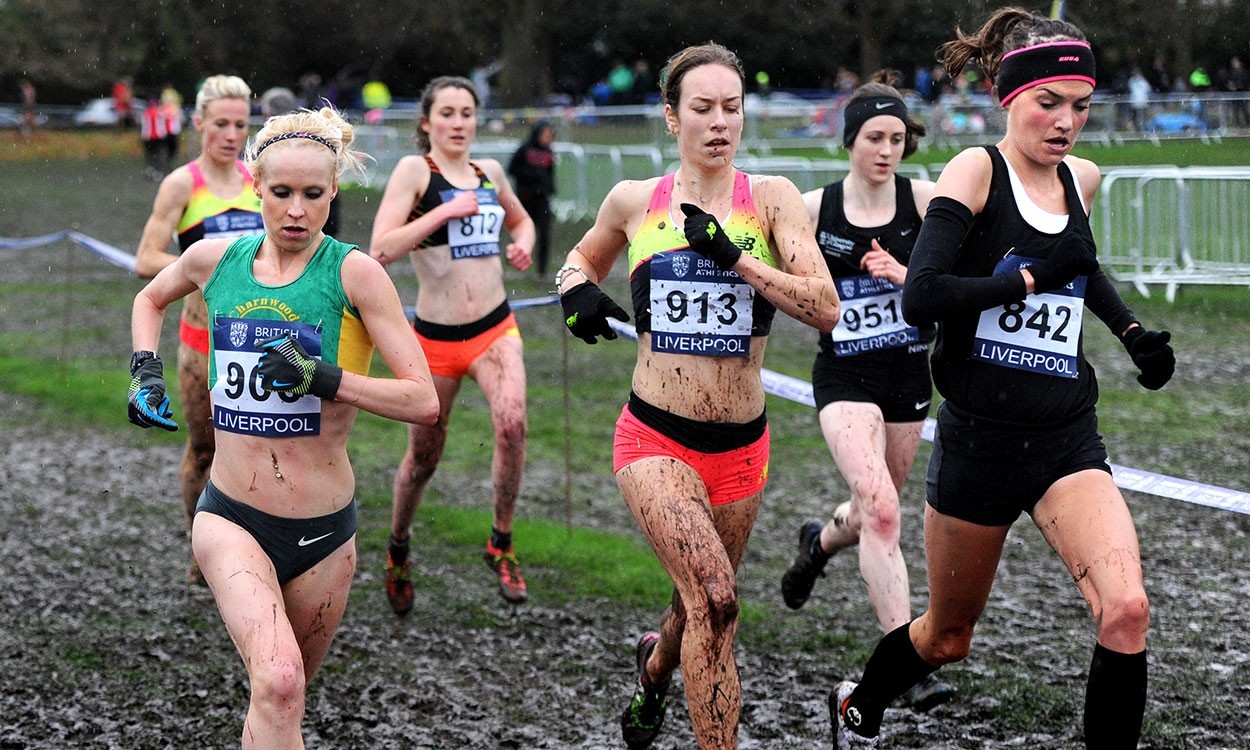 Gemma Steel will defend her senior women’s title at the European Cross Country Championships as the Charnwood runner has been confirmed part of Great Britain’s 36-strong team for the event in Hyères, France, on December 13.

Steel pipped team-mate Kate Avery to the title in Samokov last year and after a similar battle at the trials in Liverpool last weekend, both will be on the hunt for success in Hyères. Steel, a three-time medallist at these championships, will once again be one of the favourites for the title as she joins the British team who have topped the medal table at the last 12 editions of the event.

Ross Millington leads the senior men’s team in France after his victory at the trials. He was fifth in Bulgaria last December so will be hoping for another strong showing against the best in Europe later this month.

After a breakthrough 2015 on the track, Laura Muir has has had her spot on the under-23 team confirmed. The Scot, who went to second in the UK all-time rankings over 1500m this year, will continue her cross-country focus, four years after she made her international debut at the championships in Velenje.

British Athletics advised that 2014 under-23 champion Rhona Auckland, who finished 13th at last month’s NCAA Championships helping New Mexico to team gold, has opted to focus on the 2016 season and was unavailable for selection. Last year’s European junior silver medallist Jessica Judd also misses out on a spot in the under-23 team.

Jonathan Davies spearheads the men’s under-23 sextet after an impressive winter season so far. The Reading athlete won at the Milton Keynes Cross Challenge and was the first under-23 finisher on Merseyside.

After taking victory in the opening two Cross Challenge fixtures, Bobby Clay heads the junior women’s team. After injury ended her chances of a cross-country season in 2014, the Invicta East Kent athlete will be keen for further medal-winning success after a summer season which saw her claim European junior 1500m gold on the track.

Triathletes Ben Dijkstra and Alex Yee lead the junior men’s team, as they follow in the footsteps of Alistair Brownlee, who ran at the event in 2009.

“After the successes in Samokov last year (nine medals including four gold), we have selected a team which will look to continue Britain’s fine form at the European Cross Country Championships,” commented team leader Spencer Duval.

“There have been a number of encouraging performances so far this season and I’m confident that the team will equip themselves well against the best in Europe.”