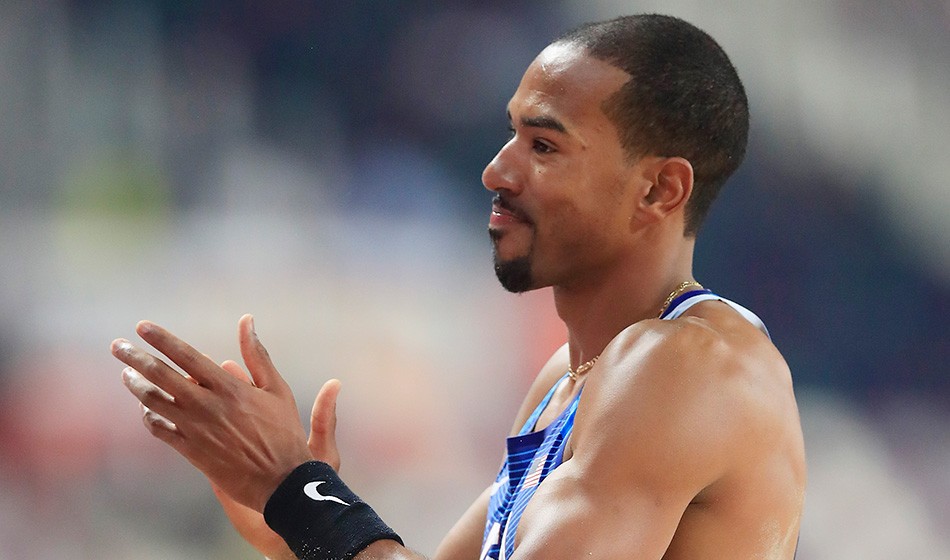 One year on from its formation, Christian Taylor outlines how The Athletics Association intends to keep pursuing positive change for its members

“An independent body that will protect and advance the future of athletics by unifying and defending the voice of elite track and field athletes worldwide – ensuring that they are at the heart of the decision-making process.”

That’s the succinct definition on the official website as to what The Athletics Association aspires to be. It is an organisation which has been in existence for a year now and which came into being after the Diamond League competition restructuring proved to be the final straw for those feeling increasingly disenfranchised from the sport.

The driving force behind it is two-time Olympic and four-time world triple jump champion Christian Taylor, who spoke exclusively to AW to reflect on what has been an eventful 12 months. He is proud of the progress which has been made but there is little surprise in hearing the American say he believes there is still much work to be done.

There are more hands at The Athletics Association pump now and so much more is in place. The Board comprises an impressive who’s who of the sport, with every discipline and every area of the globe represented. From having Allyson Felix operating as a head of welfare to Katarina Johnson-Thompson providing assistance when it comes to issues around combined events, a number of big names have stepped up.

And they are needed, insists Taylor. In a powerful interview in the November issue of AW, he outlines that trying so hard to balance helping others alongside his top level training took its toll and pushed him to the brink of depression. He has rediscovered his balance now, but there is a big collective task at hand.

“It is really about informing and educating the athletes how important their voice is,” says Taylor. “One voice creates a collective voice and a collective voice can have power. Your voice matters. Let’s come together and come up with a solution.

“We want to be in a position where the athletes feel ‘If I say something, it actually will make a difference’.”

“We want to be in a position where the athletes feel ‘If I say something, it actually will make a difference'”

And there are all manner of issues to address. One of the most prominent this year, of course, has been the Black Lives Matter movement and Taylor knows athletics is not immune to the kind of discrimination which has been evident in other sports.

His fellow American Gwen Berry, the Olympic hammer thrower who raised her fist in protest at last year’s Pan Am Games and was subsequently reprimanded by the US Olympic and Paralympic Committee, as well as the International Olympic Committee, immediately springs to Taylor’s mind.

“I don’t think the conversation is as strong in athletics but I’ve been to several Team USA or US Olympic and Paralympic Committee town halls where athletes have been reflecting or sharing things that have happened to them in the sport,” he says.

“Gwen Berry, for example, saying that she protested at the Pan Am Games and was punished and it felt like the world was against her. This could be a clear case of, not necessarily racism, but certainly a lack of empathy for someone going through something that I believe all of us have experienced this year.

“We only have to look at this year to see that there is still a lot of work to be done.”

When we look at next year, should the Tokyo Olympics and Paralympics go ahead, then Rule 50 of the Olympic charter, which states “No kind of demonstration or political, religious or racial propaganda is permitted in any Olympic sites, venues or other areas” is sure to come into sharp focus.

The IOC is already under pressure to relax the rule and Taylor continues: “You can look at Rule 50 and see that in the language that is written it’s actually quite direct with the gestures that are suggested in the examples that are forbidden.

He adds: “I’ve been quite fortunate in that, with success, you don’t quite experience the same level [of racism] as many of my colleagues have experienced.

“I can only give my truth and I’ve been very fortunate with the environments that I’ve been in, with the upbringing I’ve had, but that does not mean that an experience now and then has not happened.

“I haven’t felt this barrier because my success has opened doors which may have not been available to me if had not reached the levels that I did.

“It doesn’t mean my journey is any greater or that I deserve to be there more than anyone else so having this collective voice – you really gain a lot of respect and appreciation for where you are but also for the walks that other human beings have experienced, too.”

“Having this collective voice – you really gain a lot of respect and appreciation for where you are but also for the walks that other human beings have experienced, too”

Felix is another of those individuals to have encountered unforgettable experiences. The six-time Olympic and 12-time world champion forced Nike into making maternity reforms in August of last year and she will be looking to help make more change, too.

Felix will be a busy woman, working alongside New Zealand middle distance Olympic medal winner Nick Willis as the heads of welfare – a category which has a wide remit.

“We decided to make a welfare category to tackle these things that aren’t so performance driven but know that this is for the wellbeing of the person,” says Taylor.

“There’s so much uncertainty that comes with this time and it’s important that athletes know there’s a place to go to and also that others are struggling and going through the same thing. Knowing and having this feeling of ‘you’re not alone’ is something that we all seek’.”

Togetherness, and inclusion, is indeed at the heart of this project.

“In athletics, we are all part of the body, whether that’s race walking, triple jump – no finger is less important than the ear. Every part of the body must work together,” says Taylor, who aspires to see every athletics discipline embraced in the same way and to be able to assist with issues ranging from injury to moving on at the end of a competitive career.

There are announcements planned at the turn of the year around new partners and new initiatives, all of which are designed to help a membership which now includes over 1000 athletes.

“It’s amazing to see that we made it to the first year, especially in this unique year,” he admits.  “We’ve now really got our foot in the doors with many different parties – whether that’s World Athletics, the Diamond League, the (World Athletics) Athletes’ commission.

“We’ve actually got external partners who didn’t have a presence in the sport and come January we’ll launch those. You can recognise that this is a time, whether it’s Olympic sports or sports as a whole, where athletes really feel the push to use their platforms to really speak up for change and that organisations actually want to get behind this and see what they can to contribute.

“We’ve had really great support and come January we’ll be able to help support the athletes with career transitioning opportunities, which is something that is actually missing from our sport.

“We’re also hoping to give out some grants in January/February to continue to help with covid relief.

“There are a lot of things in place and a lot of initiatives behind us but, nonetheless, it is still as much work if not more than it was when the announcement was made.”

» You can find out more information about The Athletics Association here

» To read the in-depth interview with Christian Taylor in the November issue of AW, click here to order your copy