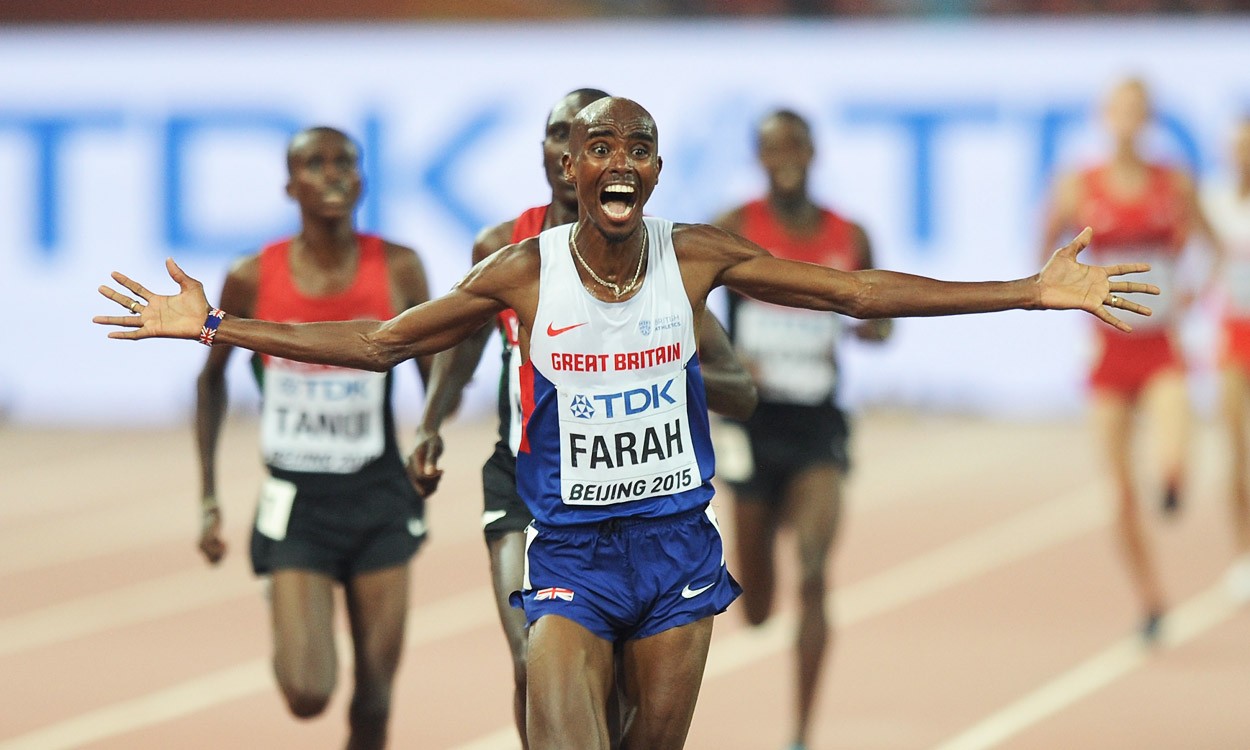 Mo Farah and Jessica Ennis-Hill are among the athletes in contention for the 2015 IAAF World Athlete of the Year awards.

A total of 18 athletes from nine categories feature on a longlist which will be reduced to a six-strong shortlist to be announced on November 17 and 18.

Ennis-Hill claimed her second world heptathlon title in Beijing, with the Olympic champion having only returned to competitive action in May after nearly two years out as she struggled with injury in 2013 and then gave birth to her first child, Reggie, in July 2014.

In October the ‘IAAF Family’ – which among others includes IAAF Council members, IAAF national member federations, top athletes and members of the international press – was asked to select one male and one female athlete from each of the following categories: sprints, hurdles, middle and long distance, road running, race walking, jumps, throws, combined events and multi-terrain.

An international panel of athletics experts, which will include representatives from all six continental areas of the IAAF, will now select the three male and three female finalists.

Joining Farah in being nominated in the middle and long distance category is Ethiopia’s world 1500m champion and world record-breaker Genzebe Dibaba, while USA’s Ashton Eaton, who claimed the world decathlon title with a world-record breaking score in Beijing, joins Ennis-Hill in the combined events category.

Jamaica’s triple world gold medallist in Beijing Usain Bolt and Dafne Schippers of Netherlands, who won world 200m gold in a European record-breaking time, are the sprint candidates, while Russia’s Sergey Shubenkov and Zuzana Hejnova of Czech Republic made the longlist in the hurdles category.

Further information on all of the award contenders can be found here.

The awards would usually be presented to the winning athletes at the World Athletics Gala, which in 2015 had been due to take place on November 28.

However, earlier this month IAAF president Seb Coe announced the cancellation of the event, but added that the names of the winners would still be announced at the end of November.

“Given the cloud that hangs over our association this is clearly not the time for the global athletics family to be gathering in celebration of our sport,” said Coe. “However we will rightly still honour the outstanding achievements of the sport’s athletes.

“Therefore the Athlete of the Year and other annual honours will still be awarded and will be promoted and announced on the internet and social media.

“The IAAF will seek a suitable occasion in the future for the presentation of these awards to be made to the winners.”

» Want to have your say on who you believe to be the athletes of the year for 2015? You can vote in the AW Readers’ Choice Awards here