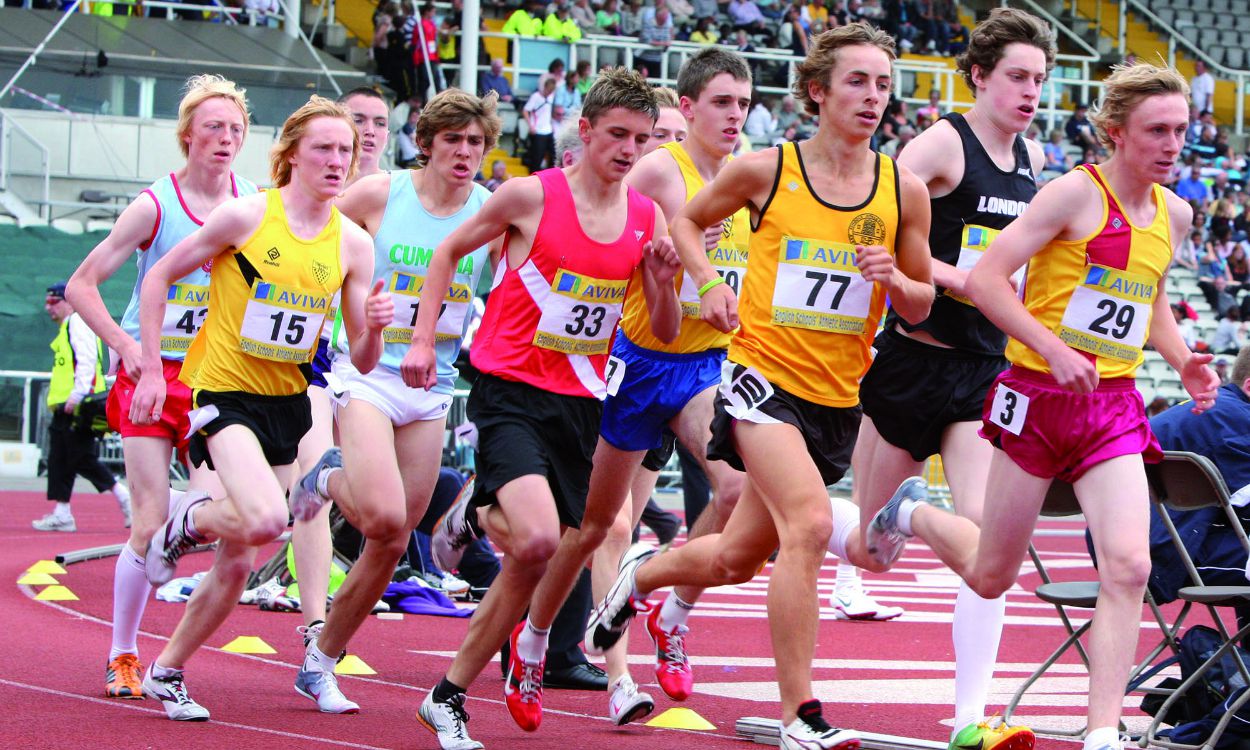 Ever thought about what it is that might make or break talented teen runners? Lewis Lloyd is an English Schools finalist from 2009 and in this feature he gives a great insight. Have a read of the below and then check out the full four-page feature in the September 24 edition of Athletics Weekly magazine…

Ahead of me were four very talented athletes, and behind me were another five. I’m not just being generous: the runner who finished sixth was Charlie Grice.

Now sponsored by Nike, two-time national senior champion and recent World Championships finalist, Grice is a name that will be familiar to many AW readers.

Given that the standout athlete today was sixth in 2009, I often think back to that race. Each year, looking at the latest set of English Schools results, I wonder who will make the jump – because there’s a good chance it won’t be the winner. It may not even be a finalist – Cameron Boyek didn’t make it through the heats that year, but ran in the European Under-23 Championships this July.

The athlete that “makes it” may not have reached the English Schools at all. They may not even have started running.

Then there’s the question of those that don’t make it. Many – myself included – stay in the sport and continue to chase times, titles and whatever else. We haven’t made it yet.

Others, including the gold and silver medallists that day – Luke Carroll and Conor Robinson – stop running altogether.

What is it that sets apart the athlete that makes the jump? Why do people stop? What’s been holding back the others who are still going? In short, what dictates these different trajectories?

While it might look random from the outside, I could give a thorough account of why I am where I am, and I would have been surprised if I was the only one. So I asked the others who were in the race in 2009 to tell me their stories.

As the athlete I knew best, I started with my former London Schools team-mate Liam White. A recent Bristol University graduate with a job lined up at an investment bank, White was the English Schools bronze medallist in 2009 and went on to win the UK School Games 1500m title later that summer.

He still runs, but admits that he hasn’t pushed on as much as he would have liked since then. His main constraint has been time. The career path he’s chosen doesn’t afford him much: on his gap-year internship, he “wouldn’t really leave [the office] before 1am.” While student life offered more flexibility, fitting training around a heavy academic workload and applications for graduate jobs was tough. Then, whenever he started to pull some fitness together, his progress was hindered by a series of niggles.

Injury was a recurring theme throughout everyone’s responses. I’m sympathetic. I’ve had my fair share, but it sounds as though I’ve had it easy compared to some.

» You can read the full feature, which includes further stories about other athletes in that 2009 final, in the September 24 edition of Athletics Weekly magazine, which can be ordered here or read digitally here