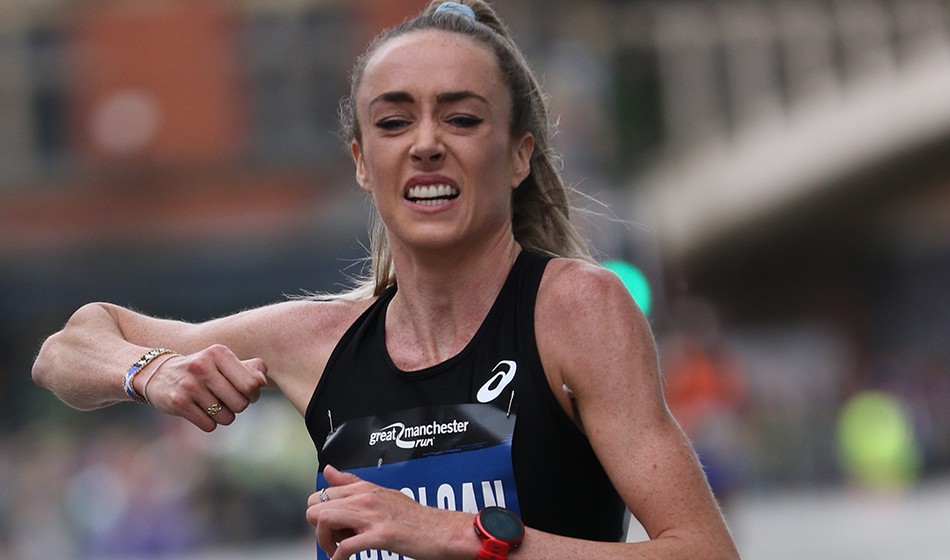 The 2018 European 5000m silver medallist delayed her track season by a couple of weeks so she could focus on the roads and that decision proved worthwhile as she beat Radcliffe’s long-standing mark by two seconds.

McColgan, who got within just five seconds of the record at the Vitality London 10,000 on May 2, finished second behind double Olympic 5000m silver medallist and world champion Hellen Obiri in Manchester. The Kenyan won the race in 30:15, smashing her own personal best over 10km by a whopping 29 seconds.

“To run a PB, a national record and to be so close to Hellen [Obiri], I’m really happy with that.” @EilishMccolgan chats to @TimAdams76 after clocking 30:19 at Great Manchester Run and breaking @paulajradcliffe’s British and European 10km record of 30:21 🎙 pic.twitter.com/cTPAVSKeWS

The pair are now 13th and joint-14th on the all-time 10km list respectively. The world record of 29:14 was set by 2020 world half-marathon champion Yalemzerf Yehualaw on February 27.

“I’m obviously over the moon with that time. I didn’t think I would get it today as it was a little bit of a tougher course than London [Vitality 10,000],” McColgan said. “Hellen [Obiri] and Ruth [Chepng’etich] went off so fast and that pace was just too quick for me, I think they were running world record pace at one point!

“I had to keep telling myself that I was running fast and I had to keep going. To run a personal best, a national record and to be that close to Hellen, I’m really happy today.

“London was a good experience that it gave me a lot of confidence that I could run the record. Today was a different way of running where I went off hard and it was tough to keep that going but I think I’m so much stronger this year that I knew that even though I was tired I could keep going in that final 2km.

“She [Paula Radcliffe] just said ‘congrats’ and it just feels crazy and it’s very surreal. We’re in a new generation and there are new shoes now involved but I’ve certainly moved on from last year and I don’t quite have the words to say how happy I am.”

She’s done it! @EilishMccolgan smashes the British 10km record of @paulajradcliffe as she clocks 30:17 approx 🔥

The Brit finishes behind a superb winner in @hellen_obiri who ran 30:13 (approx). pic.twitter.com/SayTrqte04

McColgan also confirmed that she will start her track season now and is focusing on the World Championships and Commonwealth Games this summer. She didn’t rule out competing at the European Championships.

In the men’s race, Oceanic 10km record-holder Jake Robertson claimed victory in 28:06 and marked it with a dance when he crossed the finish line in Manchester.

Oceanic 10,000m record holder Jack Rayner – most recognisable due to his bushy moustache – finished second with 28:16 while 2016 European 10,000m bronze medallist Antonio Abadía was third with 28:22. 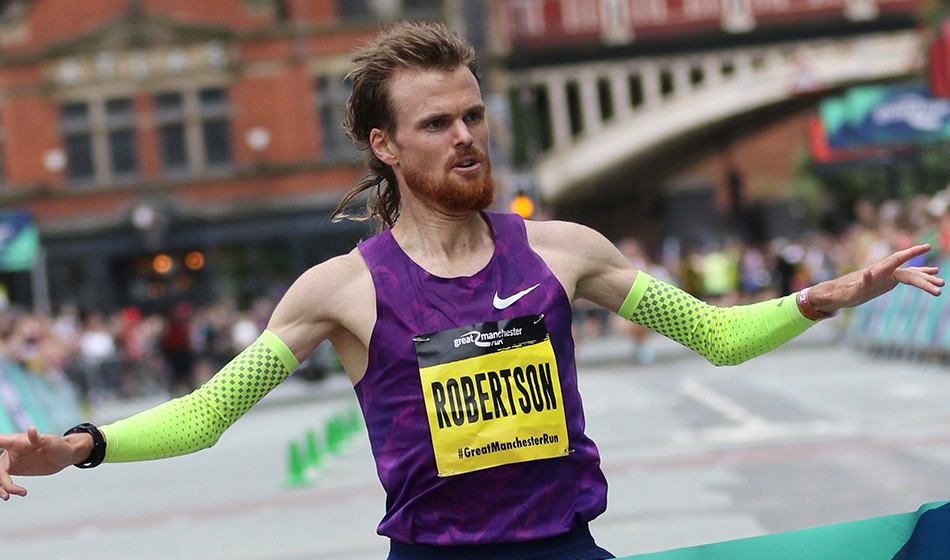 In the men’s half-marathon, 2010 European 10,000m silver medallist Chris Thompson – who made headlines last year when he qualified for the Olympic marathon in Tokyo at the age of 39 – dominated and clocked 1:04:29. Thomas Charles was second with 1:08:22 and Matthew Clough third with 1:08:29.

Six-time Paralympic and world champion David Weir, who finished third in Saturday’s 800m wheelchair race at Müller Birmingham Diamond League, continued his fine form on the roads with victory in 21:48.

This year’s Great Manchester Run was an emotional affair as it took place on the fifth anniversary of the Manchester Arena bombings where 22 innocent people sadly lost their lives.

It’s safe to say mass participation running is well and truly back as tens of thousands flocked to the streets of Manchester to take part in both the half-marathon and 10km.

The Great North Run takes place on September 11 and South Run on October 15-16.