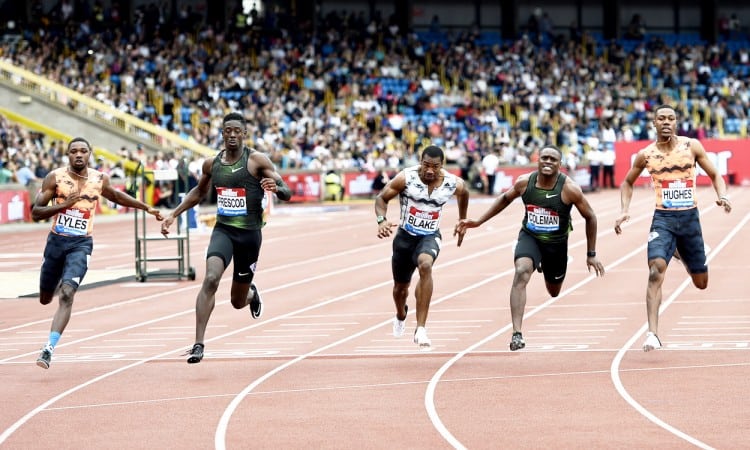 Shaunae Miller-Uibo, Laura Muir and Reece Prescod head to the Van Damme Memorial for the second part of this year’s Diamond League finals

Twenty-four hours after Zurich stages the first Diamond League final, the action continues in Brussels as the Belgian city stages part two of the lucrative finals.

Zurich took place on August 30 with Brussels 24 hours later as the world’s leading athletes battle for prestige and prize money.

Shaunae Miller-Uibo, the world No.1 this year at 200m and 400m, has chosen to race the shortest distance in the finals. Christian Coleman and Reece Prescod, who were almost inseparable in the Birmingham Diamond League 100m (pictured), clash again, while the two Lauras – Muir and Weightman – feature in a strong 1500m final.

A little end-of-season fatigue might be showing for some, but not everybody as a handful of athletes have chosen to compete in both Zurich and Brussels in the same 24-hour period.

» Shaunae Miller-Uibo tackles the 200m and faces Shericka Jackson, Jenna Prandini and Dafne Schippers – the latter of whom also raced 100m in Zurich on Thursday.

» Laura Muir and Laura Weightman (pictured below) are in a tough 1500m race that includes Americans Shelby Houlihan and Jenny Simpson, Ethiopian Gudaf Tsegay and Dutch runner Sifan Hassan, who will be due to compete 24 hours after racing 1500m in Zurich. 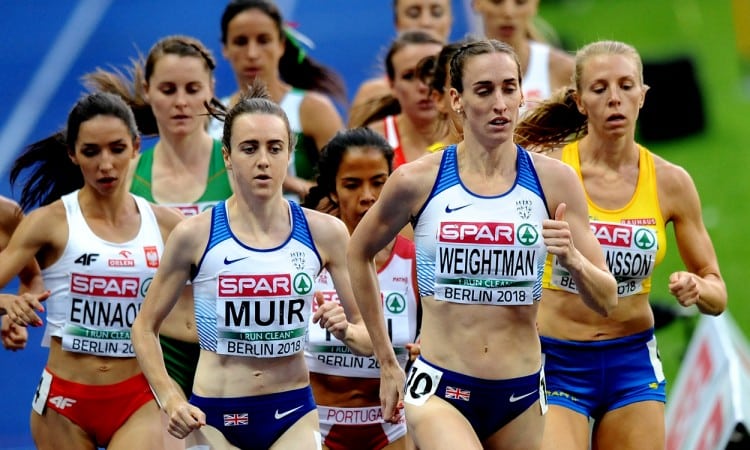 » Kenyans Emmanuel Korir, Wycliffe Kinyamal and Jonathan Kitilit will be tough to beat in the men’s 800m. Jake Wightman is among their rivals.

» European champion Armand Duplantis has a rematch with Renaud Lavillenie in the men’s pole vault in Brussels, while Briton Adam Hague also competes.

» Keni Harrison and Brianna McNeal lead a women’s 100m hurdles line-up which is dominated by US athletes.

» In the absence of Miller-Uibo, Salwa Eid Naser of Bahrain leads the women’s 400m line-up fresh from victory at the Asian Games this week.

» Beatrice Chepkoech smashed the world 3000m steeplechase record earlier this season with 8:44.32 and the Kenyan leads the entries in Brussels.

» Sergey Shubenkov will hope to turn the tables on Pascal Martinot-Lagarde in the 110m hurdles after the Frenchman’s win in Birmingham this month.

Read our report on the Zurich action here.