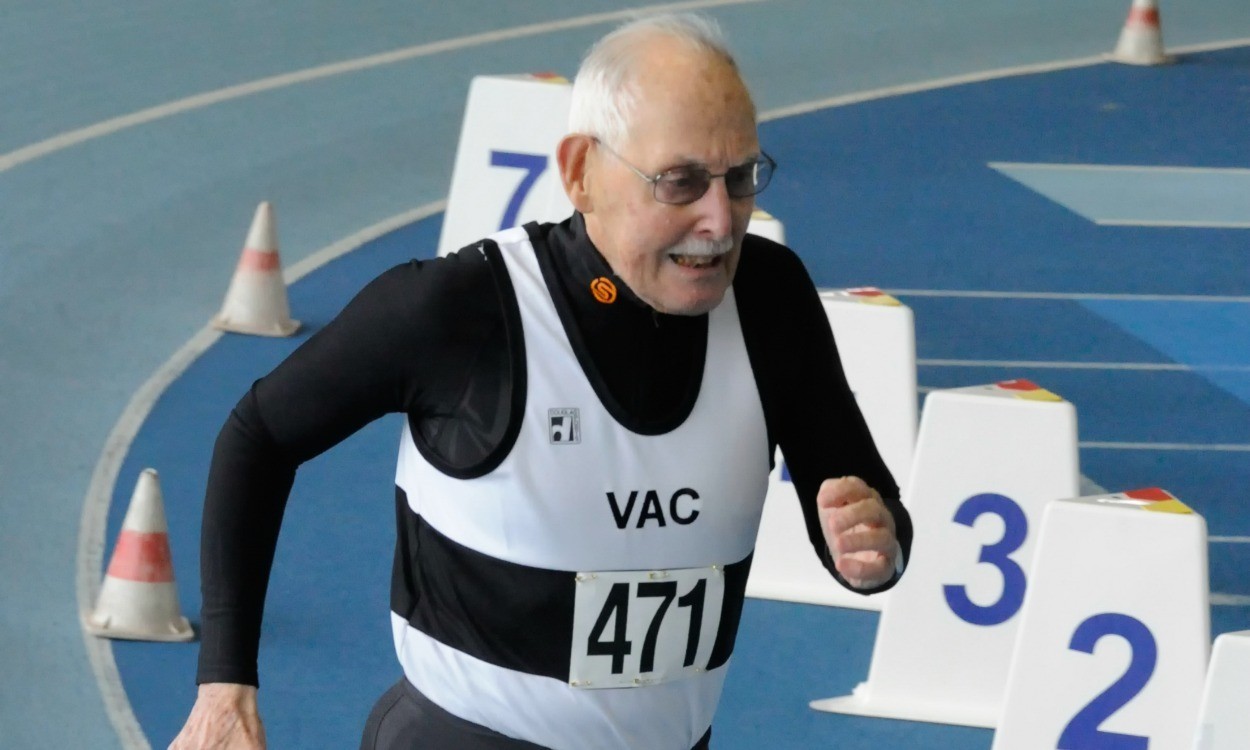 Record-breaking 95-year-old runs 55.48 at Lee Valley where he also beat the UK over-90 60m record by three seconds

Charles Eugster broke the world over-95 indoor 200m record at the British Masters Indoor Championships this weekend, clocking 55.48 to take more than two seconds off the mark set by American Orville Rogers in 2013.

Eugster later took to Facebook to share the news of his world record and thank those who have helped him to achieve it.

Last year Eugster spoke with AW ‘s editor and shared the secrets of his success. Read about them here.