Blessing Okagbare charged with use of two banned substances 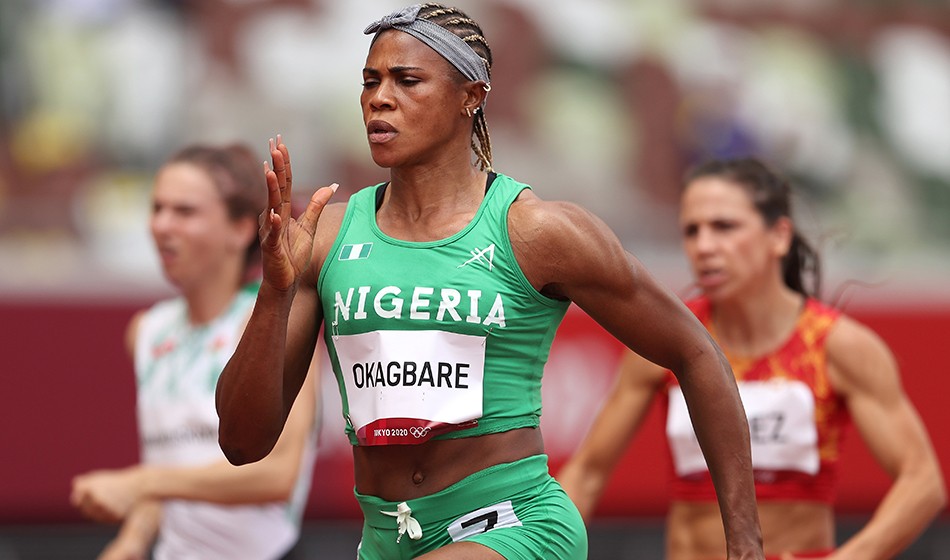 Nigerian sprinter charged with use of Human Growth Hormone, EPO and refusal to co-operate with investigation

Blessing Okagbare, who competed at the Tokyo Olympics in the women’s 100m heats before being provisionally suspended, is facing fresh charges from the Athletics Integrity Unit.

The AIU have charged the 32-year-old Nigerian – an Olympic and world silver medallist and two-time Commonwealth champion – with use of the banned substances Human Growth Hormone (HGH) and EPO, while also allegedly failing to co-operate with the investigation.

The use of HGH was found in an out-of-competition sample collected on July 19 before it was reported to the AIU on July 30, the day upon which Okagbare won her 100m heat at the Olympics. She was then provisionally suspended one day after that race and forced to fly home from Tokyo.

In addition, EPO – also known as Erythropoietin – was found in another of the Nigerian’s out-of-competition samples, on June 20. Two days earlier, Okagbare had run a wind-assisted 10.63 for 100m in Lagos.

The @aiu_athletics have charged Blessing Okagbare on three counts 🇳🇬

– Refusal to cooperate with the investigation

Okagbare denies all charges and has requested a Disciplinary Tribunal. pic.twitter.com/mOipmYcPxI

The AIU also state that Okagbare “failed to comply with a formal requirement to produce relevant documents, records and electronic storage requirements by September 15”.

She denies all charges and the case will now likely be heard by an independent Disciplinary Tribunal.

Okagbare is coached by Rana Reider, who has trained Christian Taylor and Dafne Schippers while Brits Daryll Neita and Adam Gemili are currently part of his coaching group in Florida.

While there is no suggestion of wrongdoing on their part, UK Athletics spoke to their standards, ethics and rules committee regarding procedural advice when news of Okagbare’s HGH positive test broke on July 31.

The Nigerian broke on to the scene at Beijing 2008 when she won silver in the long jump before making an impact in the sprints, winning a bronze medal in the 200m at Moscow 2013.