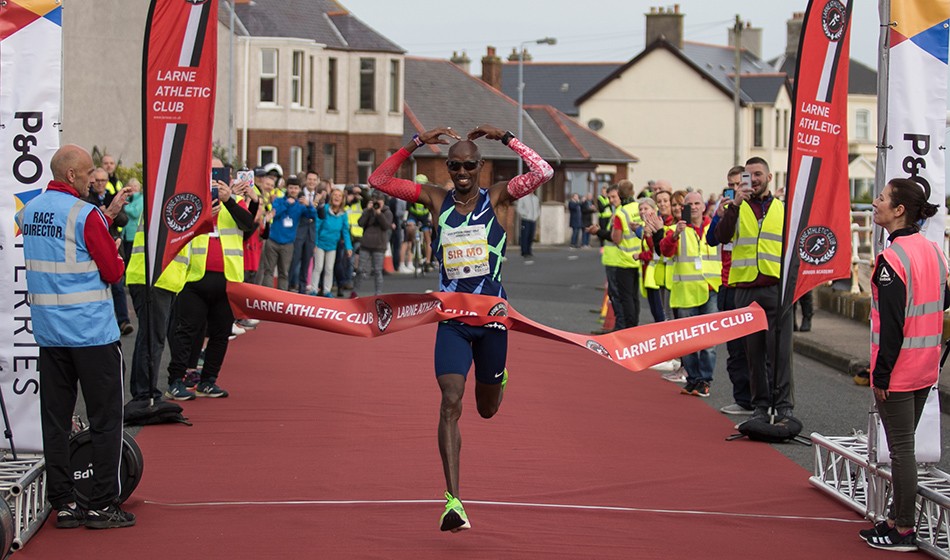 Mo Farah was first across the line in the Antrim Coast Half Marathon on Saturday (Sept 12) in 60:27 but the most eye-catching performances came from those following in his slipstream.

Runner-up Marc Scott was close behind with 60:39 on his debut at the distance to go No.3 on the UK all-time rankings. In third, London Marathon-bound Ben Connor took 16 seconds off his PB with 60:55 to go fourth on the UK all-time lists ahead of Steve Jones.

Stephen Scullion, in fourth, smashed the Northern Ireland record by a big margin with 61:08. Like Connor, the Belfast man is set to run the London Marathon on October 4 too as the popular local athlete took more than two minutes off his best.

Nice debut in the half marathon to end the season today! Second place and 60:39 for 3rd on the British all time list🙌🏼 Great battle with the guys out there @bdconnor @lionscull and couldn’t quite hang with @gomofarah in the last mile. Thanks to @bowermantc and @nikelondon for an amazing season! Rest up and get ready for a big 2021🔥 #antrimcoast #Larne #P&O #Nike #BTC

Lily Partridge, another London Marathon-bound Olympic hope, impressed as well as she broke away from Sam Harrison to win the women’s race in a Northern Ireland all-comers’ record of 71:36 – around a minute outside her PB but 23 seconds ahead of Harrison (71:58) as Clara Evans was third 72:21 and Becky Briggs, in fourth, ran  72:54. 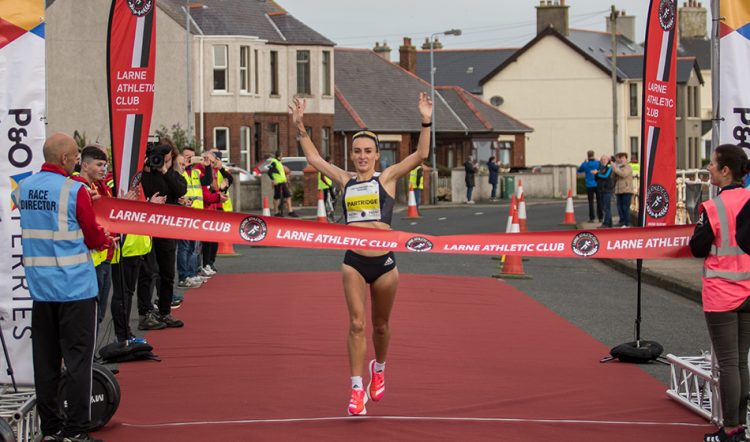 Perhaps most impressive of all, though, was masters sensation Tommy Hughes, who broke Martin Rees’ world half-marathon record for an M60 with 71:09 (even quicker than the 71:26 originally publicised shortly after he finished).

An Olympian in the marathon back in 1992, the Irish runner Hughes has been on a record-breaking spree recently and continued his great form here.

Ordinarily Farah and others might have been racing in the 40th Great North Run this weekend but with the event cancelled due to coronavirus he came to Northern Ireland instead to run in an event organised by his old friend and fellow athlete from his student days, James McIlroy.

McIlroy put together a fine domestic field for the event and Farah certainly did not have it all his own way as he only broke away from the in-form Scott in the final mile.

Scott has broken the UK 5km road record this summer and took the British 5000m title last week. He was leading in the closing stages but had no answer to Farah’s breakaway surge in the final mile.

There had been talk of Farah potentially attacking his UK record of 59:32 from Lisbon in 2015 but during media interviews on Friday he said winning the race was the main goal and he did not want to underestimate his rivals and treat it as a time trial.

Runners in this elite-only event, which was sponsored by P&O Ferries, enjoyed decent weather on a picturesque course that proved a great advertisement for athletics in Northern Ireland. The only frustration for fans was the poor quality of the live stream, which made following the race difficult after organisers had, ironically, encouraged spectators to stay at home instead of supporting from the side of the road. 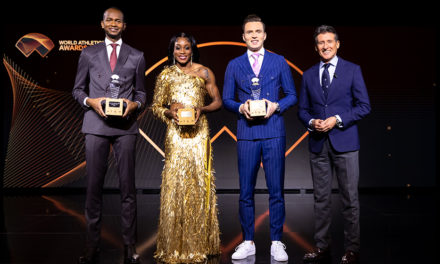 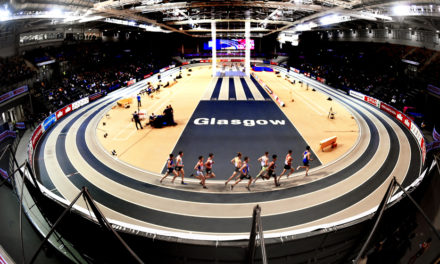 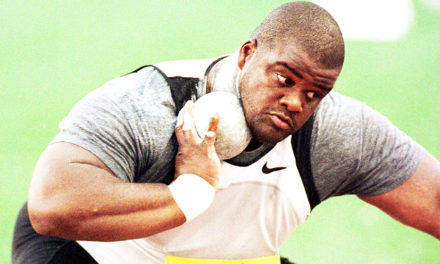 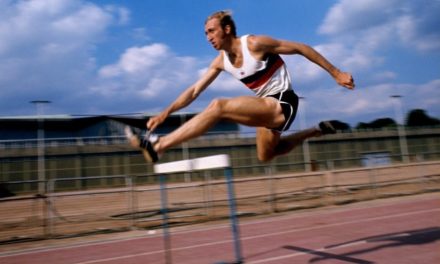 There was a lot to get through at the World Athletics awards but they managed it in little over 45min with a slick presentation at the end of a memorable 12 months. https://athleticsweekly.com/blog/world-athletics-awards-leaves-audience-wanting-more-1039951796/