Wilhem the conqueror as Pozzi misses out by inches 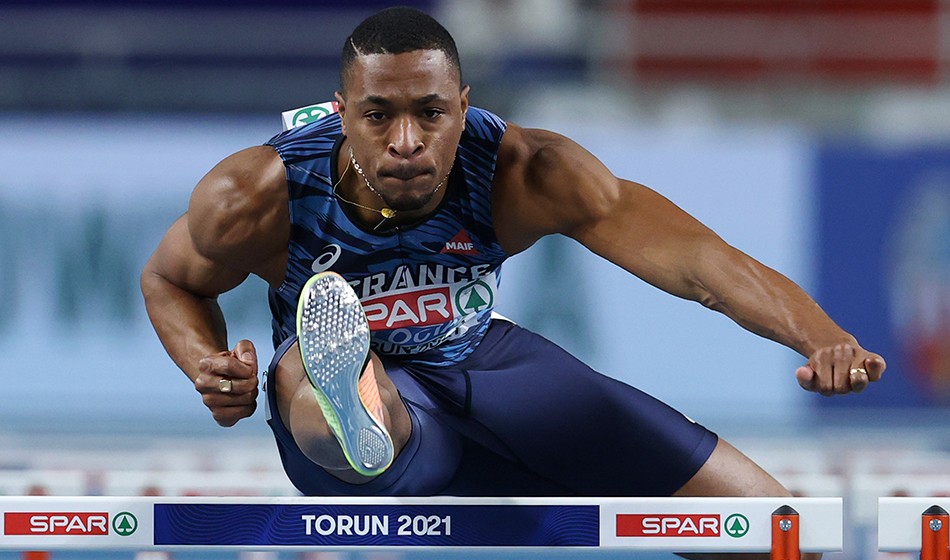 Wilhem Belocian wins sprint hurdles in a European lead of 7.42 as Andy Pozzi is a magnificent second, while Kevin Mayer takes heptathlon gold in Toruń

In one of the best races of the European Indoor Championships in terms of quality and competitiveness, there was an epic sprint hurdles battle between Wilhem Belocian and Andy Pozzi.

This always shaped up as a simple two-way battle between European leader Belocian and world indoor champion Pozzi. The latter ran 7.51 in Madrid and then 7.52 in his heat and 7.53 in his semi.

The Frenchman, who was a world junior champion in 2013 and European junior winner in 2014, had yet to fully make his mark as a senior. However, he ran 7.45 pre-championships and had four other runs at 7.50 or faster, which was superior Pozzi’s results in Europe.

On 2021 form, Belocian clearly had to be the favourite on time but Pozzi had the better competitive record.

On reaction times, Belocian (0.129) in lane five, was the best of the field but Pozzi (0.151) in lane six was in touch with the rest of the field. Over the first few hurdles Belocian was hurdling smoothly with Italian Paolo Dal Molin also in the mix initially before fading away under the pressure of the top two.

The Briton, hurdling better that any other time this year, began to edge up to the Frenchman’s shoulder but he could not get past and despite a superb lean – and there only being inches in it – Belocian was fairly sure he had just held on, though those watching from the side were less certain.

He said: “I am very happy with my first senior title and to run a PB in a European final. I can’t tell you how the race went, just that I owned it.”

Claiming full ownership when you win by one hundredth of a second is slightly unfair on the second place but he certainly deserved it on the form shown over the whole season.

Pozzi, who equalled his PB, was philosophical but content with his performance, which was the first medal by a British man at these championships, and he said: “I wanted a gold so it’s disappointing but it’s an equal PB.

“I was doing well at the start and just lost a little rhythm in the middle. The best man won and I did all I could. I’m in the best shape of my life and I’m happy where I am at. I really enjoyed the championships.” 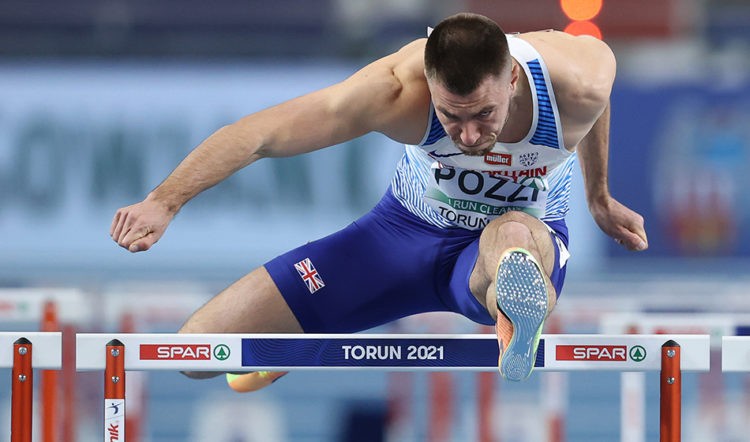 There was a chasm behind the top two but Dal Molin was delighted to win his first medal, indoors or out, since the 2013 European Indoor Championships as he ran 7.56 which kept him ahead of Asier Martinez, who set a PB of 7.60 in fourth.

Again, as in the previous day’s high jump, seemingly to preserve energy he did not bother with his last attempt at 5.30m.

He still went into the 1000m with a 262-point lead over defending champion Jorge Urena and needed a possible but unlikely 2:37.75 in the 1000m of the final event to break his European record.

With early leader and overnight second placer Simon Ehammer doing well in the hurdles but losing any medal chance with no mark in the pole vault, Urena (4.90m) and Pawel Wiesiolek (5.20m) went into the podium places. 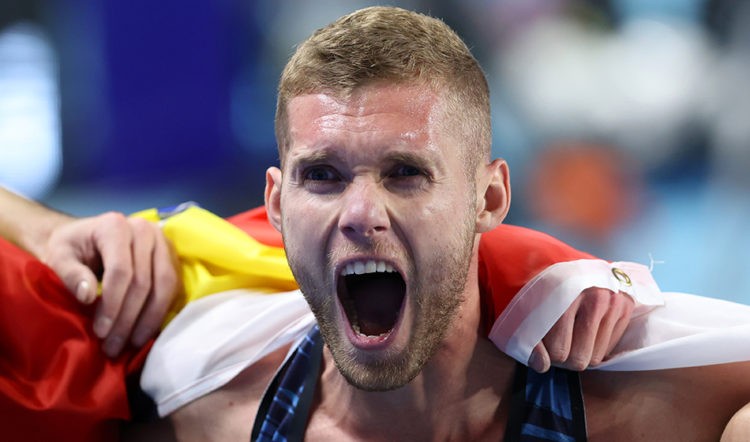 He said: “It’s a great feeling, not because of the medal but because of my feeling during the two days. Since 2018 I have not won a medal. I didn’t show what I had in me in the sprints but my time will come in the Olympics.”