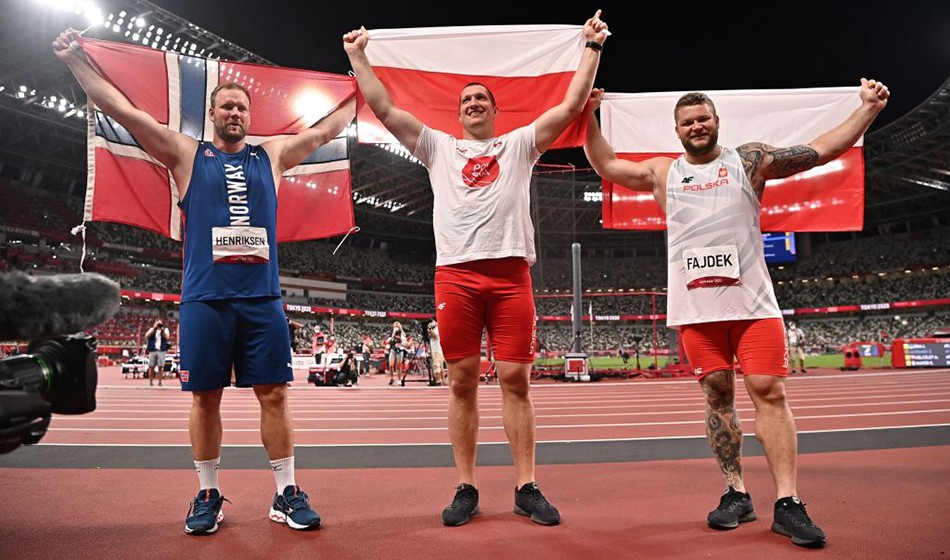 Favourite Pawel Fajdek of Poland wound up in third place in the Olympic men’s hammer final on Wednesday evening but such is the country’s strength they still took victory courtesy of Wojciech Nowicki.

Nowicki threw a PB of 82.52m as Eivind Henriksen took silver with a Norwegian record of 81.58m and Fajdek bronze with 81.53m. This follows Wlodarczyk’s win and team-mate Malwina Kopron’s bronze in the women’s event the previous day.

It is not the first time Poland has achieved this kind of double either. At the 2000 Sydney Olympics Kamila Skolimowska and Szymon Ziolkowski took victories.

Fajdek is a four-time world champion but he has a poor record at the Olympics. He failed to make the final at London 2012 and Rio 2016 and here he was outside the medals until a fifth round throw that was his first over 80 metres in the competition.

It meant Mykhaylo Kokhan of Ukraine was relegated out of the podium places after a best of 80.39m. “I got a sniff of a medal and I will be angrier for the next Olympics,” he said.

In sixth, Commonwealth champion Nick Miller threw 78.15m – a fine performance although he wanted more. “I’ve thrown pretty consistently through the competition but I am disappointed not to be closer to the action today,” the Briton said.

“It’s my second Games and the standard of competition has been high, but I know I have better throws within me.” 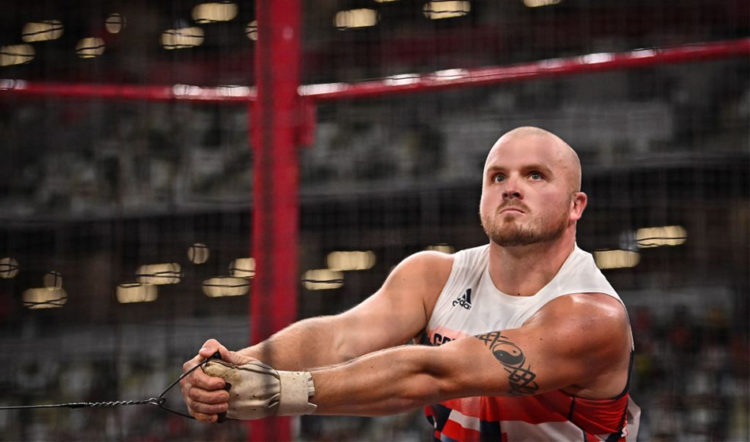 Miller was being a little harsh on himself. It was the best performance by a British athlete in this event since Malcolm Nokes took bronze in 1924.

The winner Nowicki said: “I didn’t expect to win but I was very well prepared. I tried my best and it worked out.

“It is amazing. It was a dream for me for the two of us to be at the podium together.”

Runner-up Henriksen was also delighted:”I really don’t understand. I had a feeling I could throw 80 (metres) today, but I had no idea I had 81 and a half in me, so it’s hard to describe the feeling. It means everything. I worked so many years. I’m just shocked.”

As for Fajdek, he said: “For me this bronze medal is like a gold. Everyone knows what happened in London and Rio but now everything has changed. Now I am an Olympic medallist, my mind will be free.