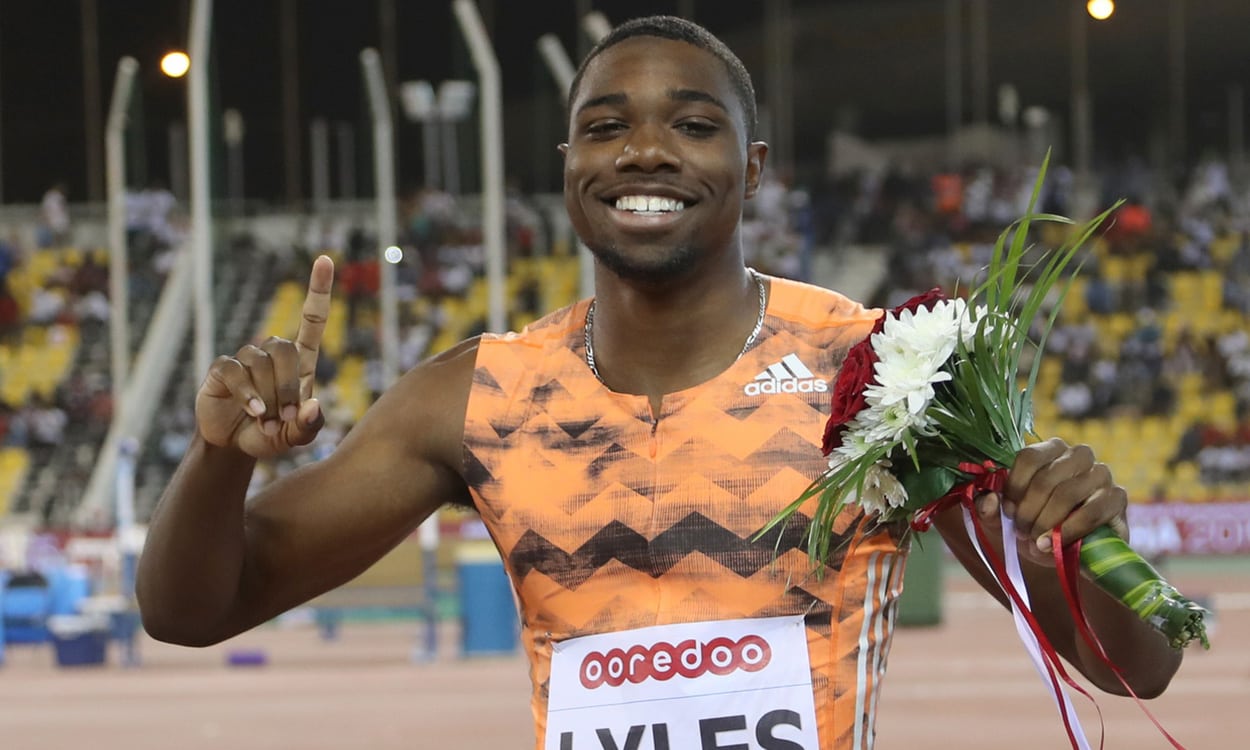 The men’s 100m at the Diamond League in Shanghai saw a classic contrast of styles between two sprinters who were, ultimately, separated by a photo finish. Christian Coleman, the world indoor record-holder for 60m, produced a bullet start to build a clear lead, but he was dramatically run down by fellow American Noah Lyles – a fast-finishing and rangier 200m specialist.

Both runners clocked 9.86 (+0.9). Yet the verdict was given to Lyles by six thousandths of a second as Akani Simbine of South Africa clocked 9.95 in third and Britain’s Reece Prescod 9.97 in his first 100m of the year.

The IAAF World Championships in Doha is more than four months away but this was an early-season chance to gain a psychological edge. When introduced to the crowd Coleman looked pensive and raised his left arm – which is tattooed with the Olympic rings – to acknowledge the crowd. More of a showman, Lyles drew an imaginary handgun from a mock holster, fired and blew the muzzle like a cowboy in a Wild West shoot-out.

The subsequent race did not disappoint. All of the nine starters possessed a sub-10-second PB, including Bingtian Su, the big home nation hope, although the Chinese athlete could do no better than fifth in 10.05 as he narrowly beat fellow countryman Zhenye Xie.

The men’s 100m was not the only mouth-watering clash on the programme either. Abderrahman Samba won a much-anticipated 400m hurdles head-to-head with Rai Benjamin as the Qatari ran a meeting record of 47.27 to beat the American’s 47.80.

During 2018 Samba clocked 46.98, whereas Benjamin ran 47.02 to win the NCAA title. The times placed them No.2 and No.4 on the world all-time rankings (Kevin Young and Ed Moses are No.1 and No.3) but the duo had never raced before.

Benjamin held a narrow lead in the home straight but Samba proved too strong as he surged away in the final metres. Behind, Ireland’s Thomas Barr ran 49.41 in third.

“It was a great race and Rai and I pushed each other to the line,” said Samba, who will be going for global gold on home soil in Doha later this year. 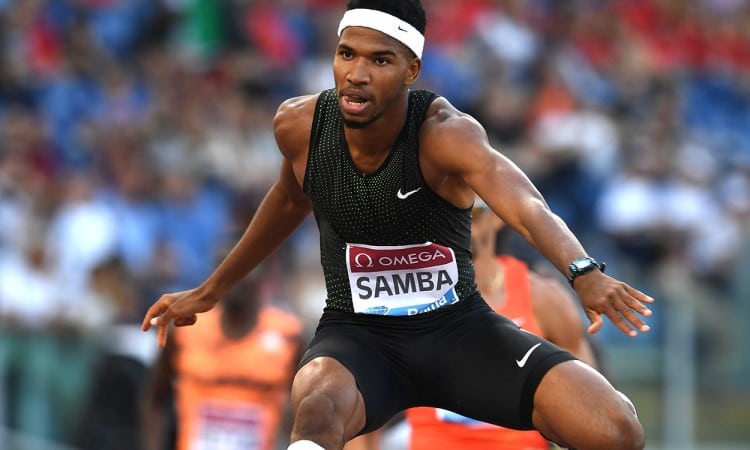 Andreas Hofmann threw a world lead in the javelin of 87.55m in a quality contest that saw Taiwanese athlete Chao-Tsun Cheng throw 87.12 for a close second place, while the women’s javelin saw a win for Lyu Huihui on home soil with 66.89m.

The men’s 5000m featured a strong field, too, with Yomif Kejelcha running a 53.3 last lap to see off Selemon Barega in a world lead of 13:04.16 as Hagos Gebrhiwet completed an Ethiopian one-two-three and world cross champion Joshua Cheptegei came in seventh.

Rababe Arafe of Morocco ran 4:01.15 to win the women’s 1500m from Gudaf Tsegay of Ethiopia as Sifan Hassan of the Netherlands wound up fifth. Beatrice Chepkoech took the women’s steeplechase comfortably from fellow Kenyan Celliphine Chespol in 9:04.52.

“I fractured my wrist two weeks ago playing laser tag,” revealed Hobbs. “Someone ran into me – it was a total accident. Fortunately, I have not missed too much training.”

Chase Ealey also caused an upset as she took the shot put with 19.58m to beat, among others, Lijiao Gong – the world champion throwing 19.44m on home soil to finish runner-up.

“I’ve changed coaches (to Ryan Whiting) and changed to the rotational technique 10 months ago and I feel that has made the difference,” said Ealey.

Omar McLeod was uncertain whether to compete following the death of his aunt, but the Jamaican toed the line in the 110m hurdles and was in tears after clocking 13.12 to beat Wenjun Xie, Sergey Shubenkov and Orlando Ortega as Britain’s Andy Pozzi placed sixth in 13.39.

“I asked myself what would she want?” said McLeod. “And she would want me to race. It was hard but I just wanted to finish, win and get the job done.”

In the women’s pole vault, meanwile, Katerina Stefanidi of Greece cleared 4.72m to win on countback from Nikoleta Kyriakopoulou, Ling Li and Sandi Morris. Britain’s Holly Bradshaw went over 4.42m but failed at 4.52m, though.