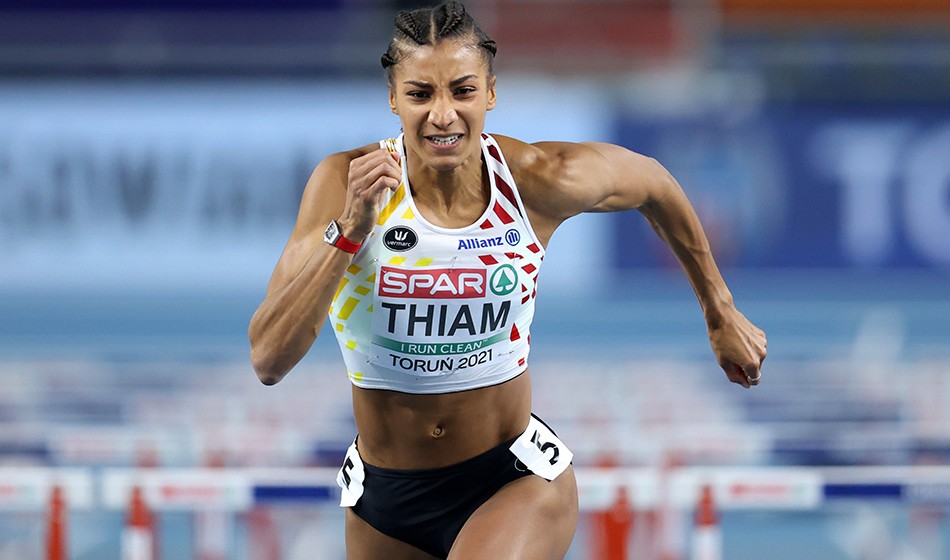 Olympic champion leads combined events contest on day two in Toruń, while athletes scrambled to qualify on a busy morning of heats and rounds

It took a while for Nafi Thiam to get into her stride in the pentathlon at the European Indoor Championships in Toruń, Poland, but the Olympic gold medallist soon began to stamp her superiority on the contest.

In the absence of reigning world and European indoor champion Katarina Johnson-Thompson, Thiam built up a 157 points lead over fellow Belgian Noor Vidts at the end of the morning session on Friday (March 5).

Thiam was only fifth best in the 60m hurdles as Holly Mills, making her senior GB debut for Britain, clocked the fastest time with 8.22. But Thiam began to show her class with 1.89m in the high jump and then 15.16m in the shot put – both performances being the best in the competition.

Another Holly from the British team, this time the 1500m runner Archer, ran an outright 1500m PB of 4:09.77 to win a strong heat ahead of Gesa Krause of Germany and Elise Vanderelst of Belgium. Hanna Klein of Germany was quickest of all, though, with 4:09.35 to win a final heat that included Britain’s Katie Snowden finishing third in a time of 4:10.70 that was good enough to take her through to the final. 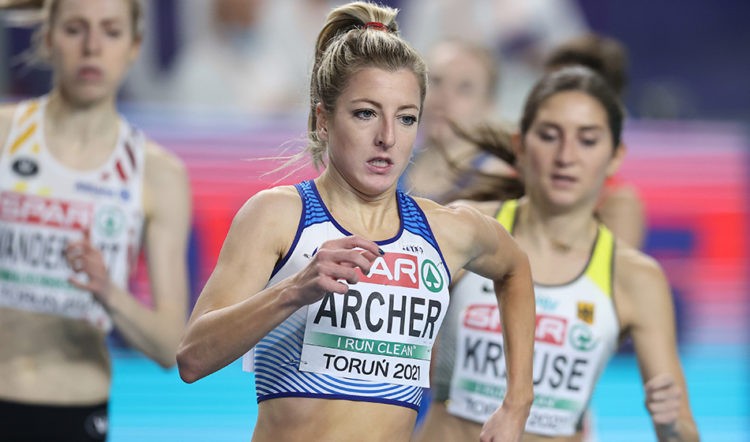 “When I looked at the startlist, I though “that’s a tough heat”, but here I am in the final,” said Archer. “I’m really confident going into the final now, like I never felt before. I’m going to give everything tomorrow and see how it goes.”

Tony van Diepen of the Netherlands was the quickest qualifier in the men’s 400m with 46.54 but three-time world indoor champion Pavel Maslak also looked good as he won his heat in 46.88. “I am not sure if I am in perfect shape but definitelly I will do everything possible to fight for a medal,” the Czech athlete said.

With only the first two in each race guaranteed to qualify, Britain’s Joe Brier went out after coming third in Maslak’s heat. But his GB team-mates James Williams (46.85 behind Carl Bengtstrom in his heat) and Lee Thompson (runner-up with 46.69 in Van Diepen’s heat) both progressed.

Femke Bol was only 16th fastest out of the women’s 400m runners in round one but the Dutch rising star jogged over the line to win her heat in 52.77. Phil Healy of Ireland was quickest with 52.00 to win her race. 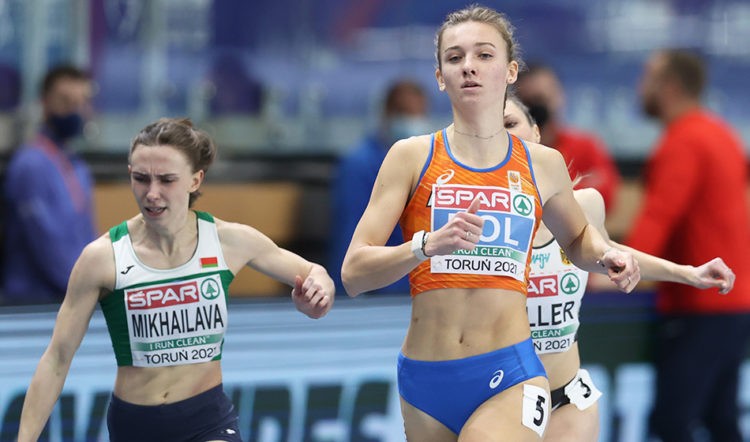 All three Brits qualified too with GB team captain Jodie Williams cruising to victory in her heat in 52.35, Jessie Knight clocking 52.17 as runner-up behind Poland’s Justyna Swiety-Ersetic in their heat, whereas Ama Pipi won her heat in 52.63. 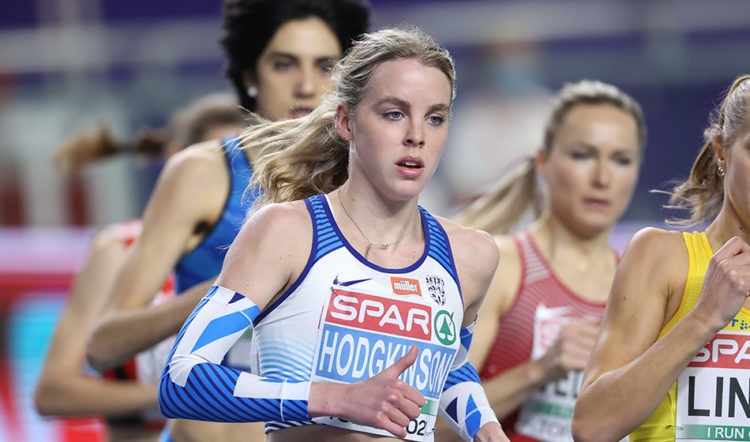 Hodgkinson, who turned 19 this week, said: “I controlled the race, the track is fast, the pace was all right so I felt very comfortable. I really want medals so I cannot wait to get to the final.”

Many of the track events featured cut-throat qualifying but it was no easier in the field. The women’s long jump was particularly competitive with Khaddia Sagnia of Sweden leading the way with 6.78m as the Britons, Jazmin Sawyers (6.48m) and Abi Irozuru (6.44m), finished 13th and 15th respectively.

Watch out in the final for Malaika Mihambo, the reigning world champion from Germany who qualified with 6.58m after taking off about 30cm behind the board. Italian teenage talent Larissa Iapichino, meanwhile, the daughter of British-born two-time world champion Fiona May, qualified with the second-best mark of 6.70m. 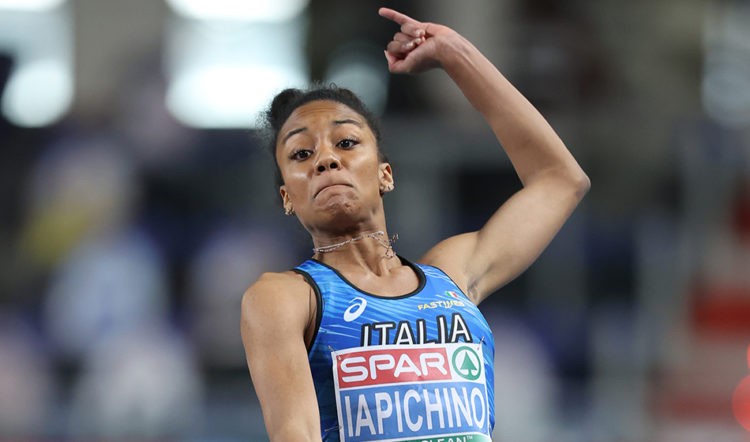 “Coming here as No.1 in Europe this year feels really weird,” said Iapichino. “It’s strange coming into my first major championships and competing against all these jumpers I’ve watched in the past. My mother and I don’t even talk much about athletics. She just wants me to have my own experience in the sport, but she also tells me I need to have fun with it.”

Another Portuguese athlete, Franciso Belo, was the best of the men’s shot putters in qualification too with 21.04m ahead of host nation favourite Michal Haratyk’s 21.02m.