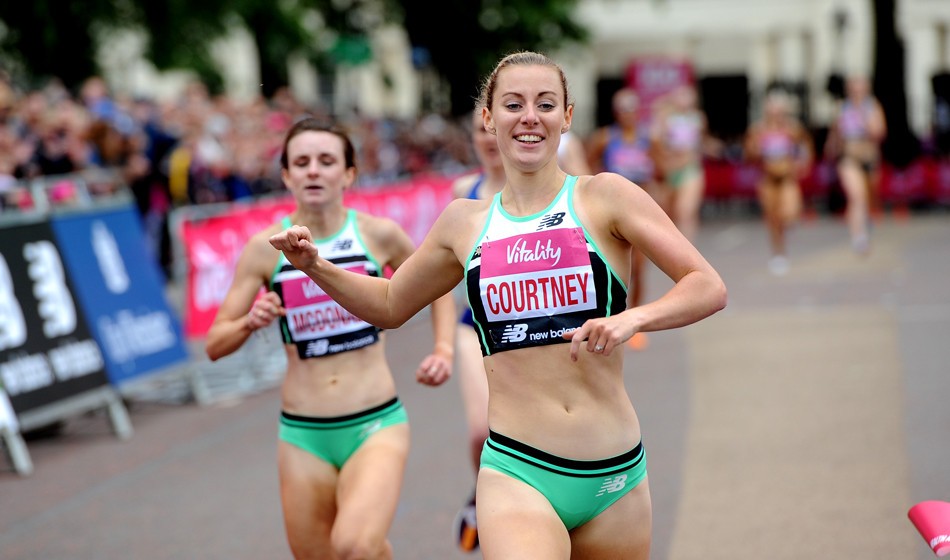 Melissa Courtney finished a superb third in the European Indoor Championships 3000m but could be in for even a better summer over 5000m as she surprisingly outkicked Laura Muir in the Vitality Westminster Mile.

Despite a strong wind along Birdcage Walk, Courtney showed her strength by leading after a slow start and then repelling the challenges of Sarah McDonald and European champion Muir along the finishing straight outside Buckingham Palace as the Commonwealth bronze medallist retained her title.

Courtney was given a time of 4:31 which was the same as McDonald with Muir timed at 4:32.

Courtney said: “I’m delighted but a little shocked. I felt strong but the wind was tough and everyone was sitting behind me but I finished well.”

Muir had only arrived back from altitude in Switzerland the day before and endured a lot of travelling but admitted Courtney and McDonald were better on the day.

“I wanted to win but it’s okay at this time of year with a long season,” she said. “I had a break after the indoors and trained very hard at altitude.”

Scotland fared better in the men’s race as Chris O’Hare used his dependable strong finish that has won him European outdoor and European indoor medals in the past.

The clock was clearly showing 3:59 as he crossed the line and it looked as if he achieved the first sub-four-minutes mile in the event but road times are rounded up to the nearest second and it was officially recorded as 4:00.

“I was not too bothered about the time but to win the race but Tom Marshall set a good pace and I knew it would be fast,” said O’Hare (pictured below).

Also matching that time was the race revelation Jonathan Davies. The former European under-23 cross-country champion showed impressive speed in finishing second with Elliott Giles having his best mile race to date to finish a close third in 4:01 after having made much of the earlier pace. 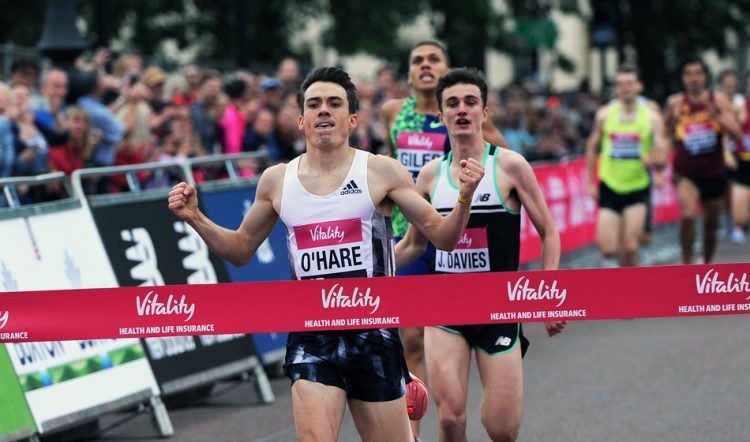 On a day that saw had world record numbers competing over one mile – a total of 9198 finished – Anthony Whiteman came out of retirement to win the Olympians’ race in just over five minutes while Alyson Dixon (pictured below) was first woman with a time around 30 seconds slower than she had run in winning the masters title 10 minutes earlier.

Both W55 Clare Elms (5:10) and W70 Angela Copson (6:30) not only shattered the UK age group records but set world road bests that are significantly faster than the track world records. 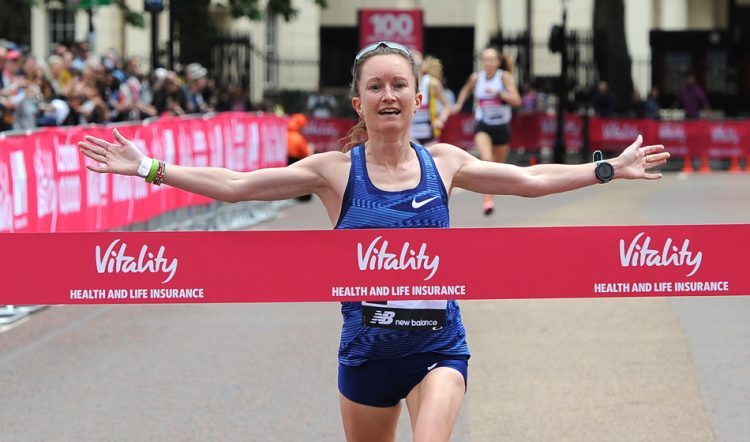 Steph Twell and husband Joe Morwood set a world record of 4:50 for a couple holding hands in a separate race, while Daniel Sidbury won the wheelchair race.

All the junior races were closely contested and there were under-20 wins for Sabrina Sinha and Will Stockley.

The under-15 races were won by small margins by Lewis Sullivan and Olivia Martin. The under-13 races, which were not GB championships events, saw success for Will Steadman and Isabelle Martin, the sister of Olivia.

» See the May 30 issue of AW magazine for more coverage