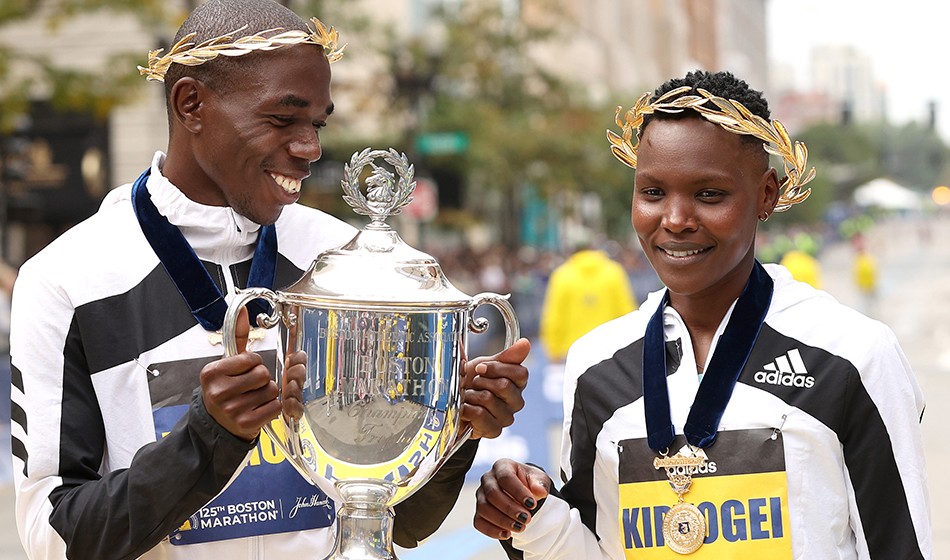 Kenya ultimately dominated tactical elite races with a winning double and taking the first four places in the women’s race as Diana Kipyogei won in 2:24:45 to join Benson Kipruto as both achieved their greatest and most lucrative victories.

In 2021 he was two seconds faster but nine places higher in a bizarre men’s race. 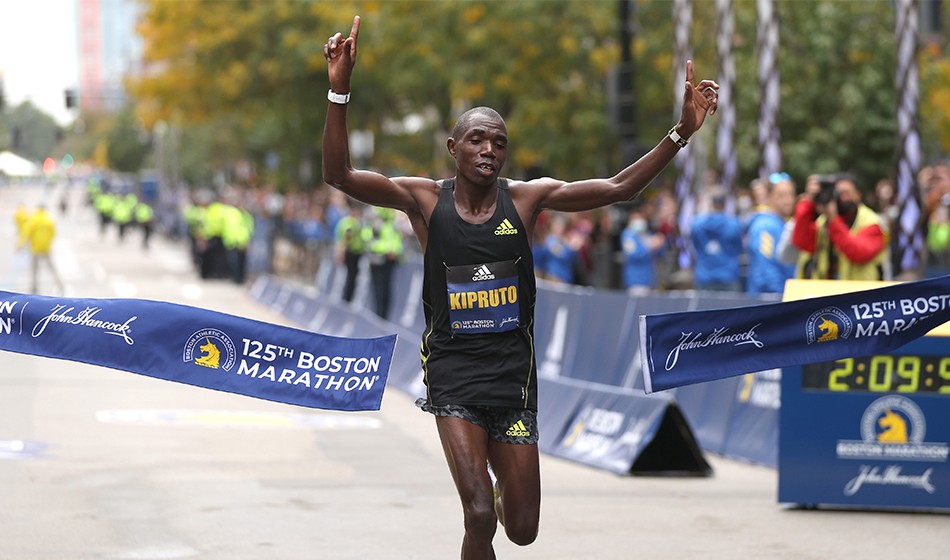 The 15-strong pack caught him after 1 hour 43 minutes of running and he held close despite running a 5:33 21st mile and everyone assumed he would fade well down the field after a suicidal run. He didn’t but would no longer be battling for the lead.

Quite the day for CJ Albertson at the Boston Marathon 🇺🇸

A pack of three were together in second with Lemi Berhanbu, Jemal Yimer and Tsedet Ayana all on 2:04:08.

The third 10km was covered in 34:01 as Kipyogei kicked hard after 1:43 of running. She passed 30km in 1:44:25, 10 seconds up on Mary Ngugi, Netsanet Gudeta Edna Kiplagat and Monican Ngige and Workenesh Edesa and Nell Rojas.

Kipyogei held most of her lead in the last 2km as she won by 24 seconds to complete a 70:34 second half almost four minutes better than her first. 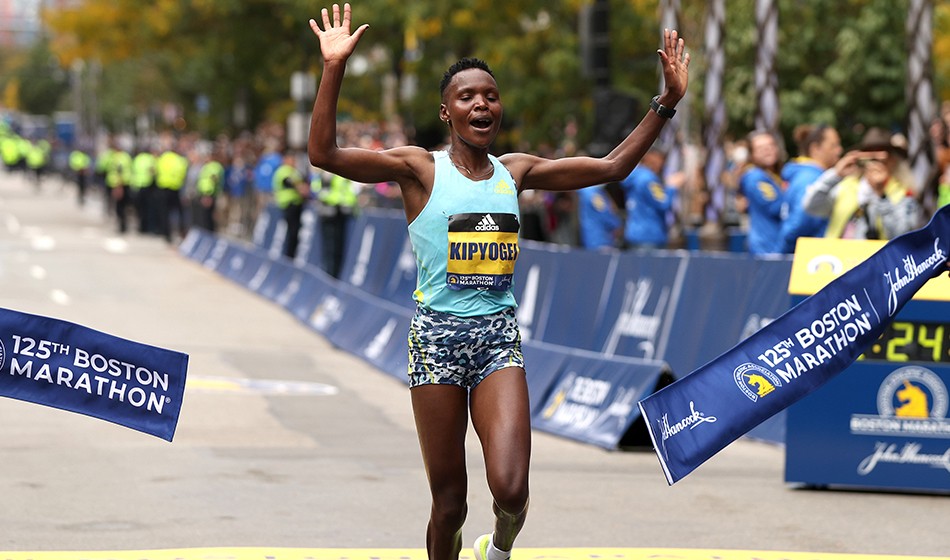 After the race, she said: “I am happy for the win and the group was so slow, I decided to go. The course was not easy but I felt good.”

Jenny Hitchings, who holds the world W55 record from New York in 2019 with 2:50:40 went a stunning five minutes quicker though Boston’s downhill course will not count for any records.

24 hours after being outsprinted by Daniel Romanchuk, Olympic champion Marcel Hug made up for it with a overwhelming victory to nab the first prize in the men’s wheelchair race.

It would have undoubtedly been a course record but for him following the lead vehicle in the last mile when the competitors were supposed to turn right towards the finish at Boylston Street. He then had to break and turn and lost far more than the eight seconds he missed the record by. 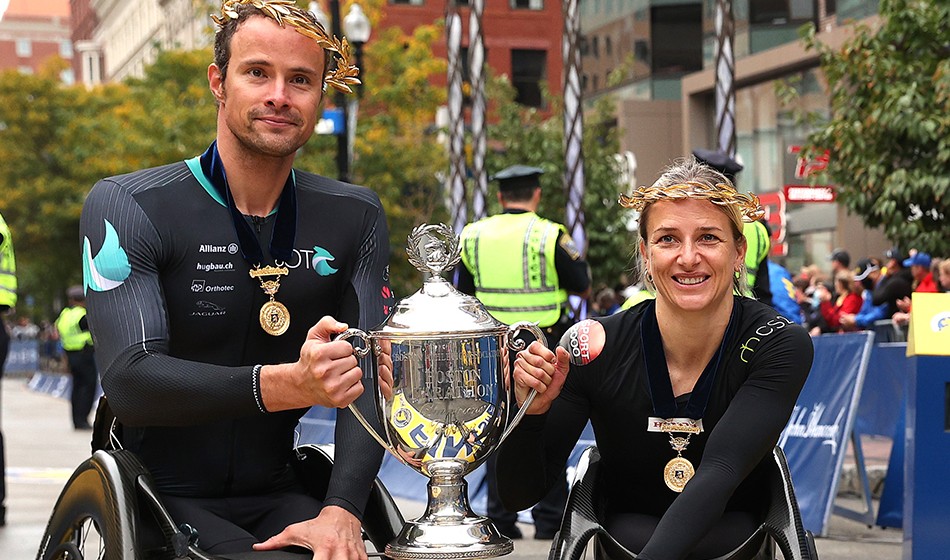 He said: “I was feeling great and comfortable and tried to push hard. It was different tactics from yesterday. I was focussing on the car ahead and I followed and it’s my fault but it’s very sad.”

There was also a Swiss victory for another London winner in the women’s race as Manuela Schar won her third Boston title in four years in a time of 1:35:21 a huge 15 minutes ahead of Chicago winner Tatyana McFadden’s 1:50:20.