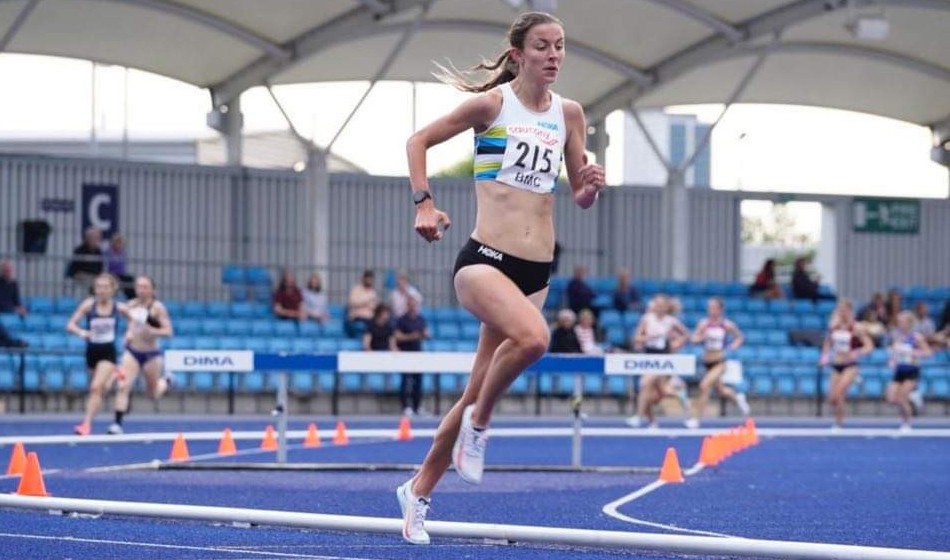 Jess Judd delivered another classy performance with a superb solo victory in the 1500m at the Saucony British Milers’ Club Grand Prix at Sportcity, Manchester, on Saturday (May 29), Kevin Fahey reports.

Following the pacemaker Judd never faltered when she stepped aside and in her normal, fearless style drove on to win in a time of 4:07.94.

That not only left her 10 seconds clear of the field but was also her fastest 1500m time for three years.

Of particular significance was that 5000m time as it was inside the Olympic qualifying standard of 15:10.00. Conversely Judd fell an agonising 0.98 short of the standard for the longer distance, although she races over 10,000m again at the British Olympic trials on Saturday (June 5).

It was Judd’s second BMC race of the season having already won the 3000m (8:52.73) at the Gold Standard meeting at Birmingham University last month in a BMC all-female record time.

Oliver Dustin was also a winner at that Birmingham meeting as he opened his season with a comfortable success in 1:47.08.

In Manchester, though, the former European under-20 800m champion cranked up a gear or two as he dipped under 1:46 for the first time with a sparkling personal best of 1:45.71.

Chasing him hard was Kyle Langford, steadily returning to form with a season’s best of 1:46.32. In the same race, Ethan Hussey knocked three seconds off his PB with 1:46.78 – and Hussey is still an under-20 next year.

Fife’s Jenny Selman also impressed in the women’s 800m as she claimed her first BMC Grand Prix A race victory in a personal best of 2:02.16, shaving 1.38sec off her seven-year-old mark.

Halifax runner Max Wharton also notched up a huge PB of 3:39.68 to win the men’s 1500m A race, taking full advantage of a stumble by favourite Ossama Meslek as his heels were clipped at the bell leading him to drop out.

Wharton’s previous best was 3:46.72 set last year when he won the BMC regional race at Nuneaton.