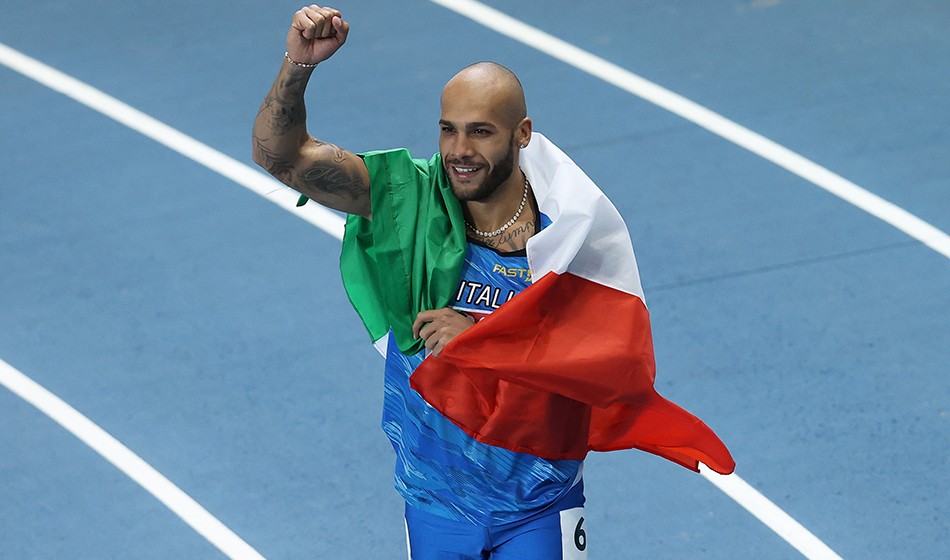 Britain have a superb record in the men’s 60 metres and had won 12 of the past 20 European indoor titles and taken 21 medals in that period but couldn’t quite add to their collection in Poland on Saturday (March 6).

Andy Robertson was in contention for much of the race but the Brit ultimately finished fourth in a race won surprisingly easily by Lamont Marcell Jacobs in a superb world-leading and Italian record 6.47.

That was the second fastest winning time in European Indoors history and only bettered by Dwain Chambers’ 6.46 in 2009. And it was the first Italian win since Stefano Tilli in 1983.

In terms of reaction, Poland’s Regigiusz Olszewski was clearly the best with 0.117 with most of the other contenders around the 0.150 mark.

Robertson was quick into his pick-up and certainly in a medal position halfway with little between him, European leader Kevin Kranz, defending champion Jan Volko and Jacobs, who had greatly impressed in his recent World Indoor Tour races.

It was the latter who began to draw away and the last 20 metres was all the Italian. He said: “It’s amazing. A dream come true. I was not expecting to run 6.47. I’m just in shock.”

Jacobs was the only major contender to get faster from his semi (6.56) and it was as if his blazing finishing speed caused the others to tighten up.

In the morning heats he won in 6.60 and he improved that to 6.59 in winning his semi final and felt there was more to come.

In the heptathlon European record-holder Kevin Mayer took four events to get to the front but he leads overnight by 33 points from an inspired 21-year-old Simon Ehammer, who relatively struggled in the high jump with a 1.95m leap compared to the Frenchman’s 2.04m.

Mayer had started consistently enough with a 6.86 time for 60m and 7.47m long jump and then set a PB in the shot of 16.32m but still trailed Ehammer after three events by 49 points. 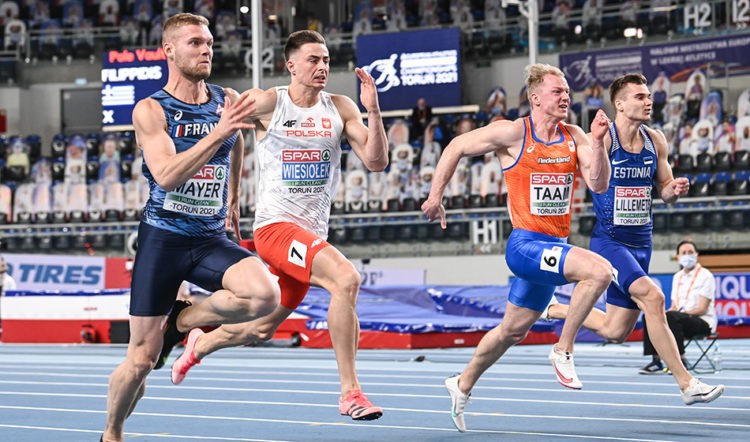 The in-form Swiss athlete began with a 6.75 win in the 60m followed by another big win in the long jump with 7.89m and a 14.75m shot was sufficient to give him an advantage. Mayer actually ended his high jump campaign early but had done enough on 3571 points to overhaul the Swiss’s 3538.

He said: “I feel good. I just decided not to continue to make sure I do not get into complications and spare energy. I feel confident and am looking forward to tomorrow.”

Three athletes jumped 2.10m and that included defending champion Jorge Urena and that moved him up to third overnight on 3424 just ahead of Andreas Bechmann (3419)and Pawel Wiesiolek (3407) in what looks a very open battle for the other medals.