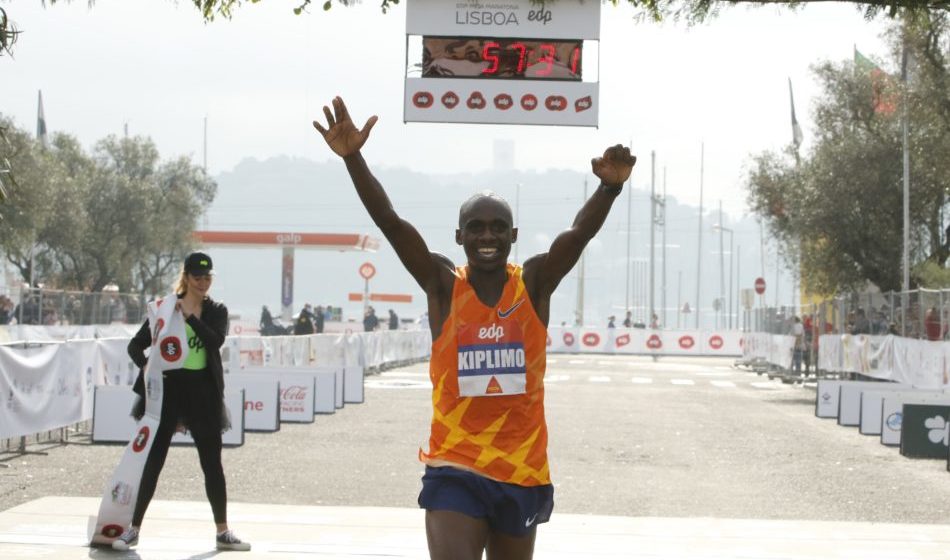 Ugandan clocks 57:31 to take one second off Kibiwott Kandie’s mark at the EDP Lisbon Half-Marathon

Jacob Kiplimo sliced one second off Kibiwott Kandie’s near-12-month-old world record with 57:31 at the EDP Lisbon Half Marathon in Portugal on Sunday (Nov 21).

Kiplimo, who has only just turned 21, said: “With one kilometre to go, I knew that I was going to break the world record. When I was on the final straight and saw the clock, I gave it all I had and told myself I had to sprint fast to reach the finish line.”

Kiplimo finished third in the 10,000m and fifth in the 5000m at the Tokyo Olympics, but on the roads of Lisbon he confirmed his status as the world No.1 at half-marathon as he beat the world record set by Kenya’s Kandie in early December of last year.

Growing up at around 1900m altitude close to the Ugandan-Kenyan border, Kiplimo ran about 5km to and from school every day as a child. His first racing experience was in mountain running but he soon moved to the track and competed in the Rio Olympics 5000m while still aged only 15.

Behind him in Lisbon, Esa Huseyidin Mohamed of Ethiopia was runner-up in 59:39, narrowly ahead of Gerba Beyata Dibaba as the top nine men broke 60 minutes. 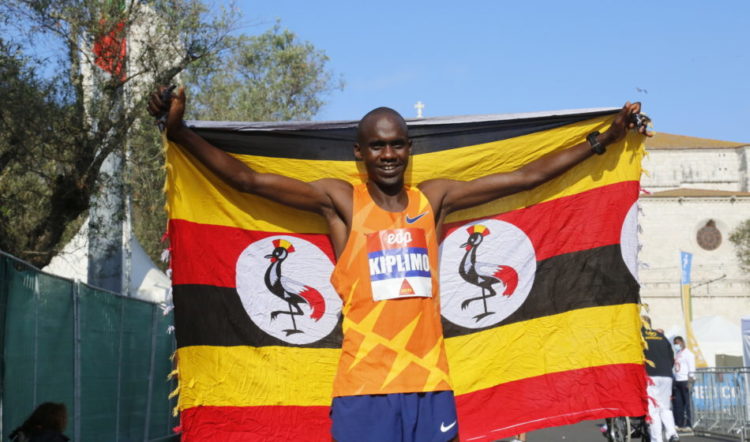 That one-hour barrier was first broken by Moses Tanui in 1993 when the Kenyan ran 59:47 in Milan. Haile Gebrselassie the became the first man to break the 59-minute barrier with 58:55 in Tempe in 2006, although his mark was disputed due to a vehicle arguably helping him draft from the wind.

When Zersenay Tadese of Eritrea ran 58:23 in Lisbon in 2010, it was a world record that stood for eight years. But that mark has been improved upon a lot in the past three years with firstly Abraham Kiptum running 58:18 in Valencia in 2018 followed by Geoffrey Kamworor running 58:11 in Copenhagen in 2019 and then Kandie clocking 57:32 last December.

The women’s world record for half-marathon has also tumbled lately and has been broken several times this year alone. But on Sunday in Lisbon the race was won by Ethiopia’s Tsehay Gemechu in 66:06 from Daisy Cherotich’s 66:15 and Joyce Chepkemoi 66:19.

There was also a fine run for Britain’s Jess Piasecki too as she clocked a near-two-minute PB of 69:44 to go third in 2021 UK rankings and 13th all-time. This was despite having to stop briefly at 15km too.

All were well outside the world record of 62:52 set by Letesenbet Gidey in Valencia last month.