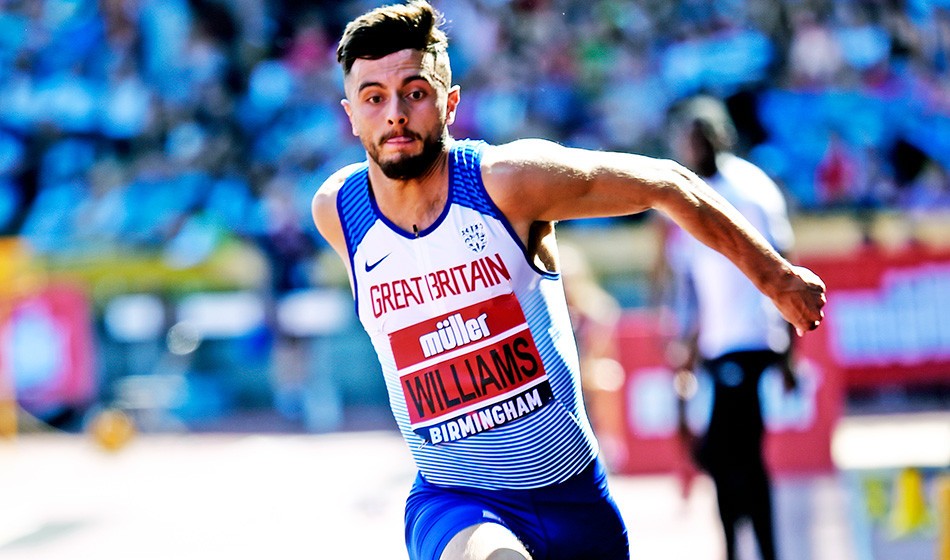 Ben Williams is one of the breakthrough stars of British athletics in 2019 and he continued his great form by winning triple jump gold in style at the Müller British Athletics Championships in Birmingham on Sunday.

Building on the big PB of 17.14m he jumped to win at the European Team Championships in Bydgoszcz earlier this month, the Stoke athlete jumped out to 17.27m in the first round in Birmingham to go No.7 on the UK all-time rankings.

He shut down his competition halfway through due to cramp in his calf muscles but is now looking forward to representing Europe against the United States in The Match in Minsk early next month.

In-form Ben Williams talks to AW about his big triple jump PB at the #MullerBritishChamps. Cramp stopped him doing 6 rounds today but he’s looking ahead now to Europe v USA in Minsk. pic.twitter.com/I89xPrwAZw

“I feel like there’s much more in the tank,” said Williams. “I have to go to Doha and do what I know I can do.”

In second place Nathan Douglas also jumped well with 16.88m – close to the 16.95m Doha qualifier. Only problem is that there are barely any competitive opportunities left for him to chase the mark.

Nick Miller won the hammer with 76.31m – the best winning mark at the championship since 1985. Seemingly relishing the warm conditions, he was pushed by Taylor Campbell, who threw a 74.63m PB, plus Osian Jones, with a Welsh record of 73.89m.

British champion Nick Percy says domestic discus standards are on the rise thanks to the return of Lawrence Okoye and rising talent Greg Thompson. #MullerBritishChamps pic.twitter.com/N9Sm4sTjOP

Percy threw 60.57m as an under-par and slightly out of shape Okoye finished runner-up with 58.84m in only his second competition of the year. George Armstrong took bronze, but Thompson, who threw a world qualifier of 65.56m in April, managed just 53.82m for fifth in Birmingham.

Scott Lincoln won the shot with 19.56m from Youcef Zatat and Samuel Heawood with youngster Lewis Byng in fourth.

» News from the men’s track events on Sunday here and women’s competition here. For full coverage see the August 29 issue of AW magazine