Fraser-Pryce and Omanyala blast to fast times in Nairobi 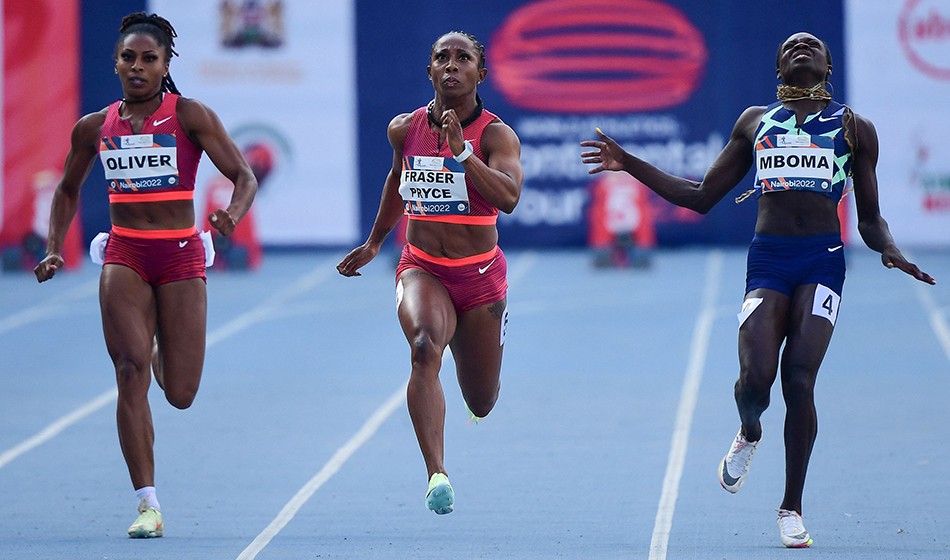 The event may have been held at altitude but, still, Shelly-Ann Fraser-Pryce’s winning time in the women’s 100m was impressive as the Jamaican scorched to 10.67 into a slight headwind of -0.4m/sec on Saturday (May 7) at the Kip Keino Classic in Nairobi, Kenya.

It was the third fastest time of her career and she equalled the 12th fastest ever performance in the world. There was disappointment in the same race, though, for Christine Mboma as the Namibian pulled up injured halfway through the race.

Hamida Bassant ran an Egyptian record of 11.02 in second.

“Thank you so much, Kenya,” Fraser-Pryce said. “You were fantastic. I just wanted to execute it.”

The feeling when you run 10.67 into a headwind 🤯@realshellyannfp has started her 2022 season with a bang 🇯🇲 pic.twitter.com/xM5BsPJjSZ

In the men’s 100m there was a popular home win for Ferdinand Omanyala of Kenya in the final event of the day.

It is early in the season to talk about world leads but nevertheless his time of 9.85 (2.0) was the fastest so far in 2022 as he beat Olympic silver medallist Fred Kerley – the American clocking 9.92.

Olympic champion Marcell Jacobs was due to run but withdrew due to food poisoning. 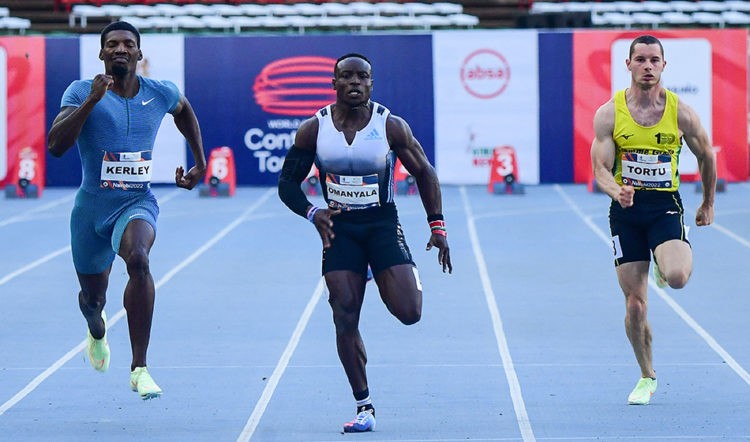 Anita Włodarczyk and Wojciech Nowicki provided a Polish double in the hammer with 78.06m and 81.43m respectively.

There was a British win too for Laura Zialor in the high jump with an equal PB of 1.91m on count-back from Ukrainian Oksana Okuneva.

Zialor almost missed the meeting too due to visa difficulties and only arrived into Nairobi at 7am on the day of the meeting.

Despite the venue being at 1600m altitude there was an impressive men’s 1500m win by Abel Kipsang as the Kenya blasted to 3:31.01.