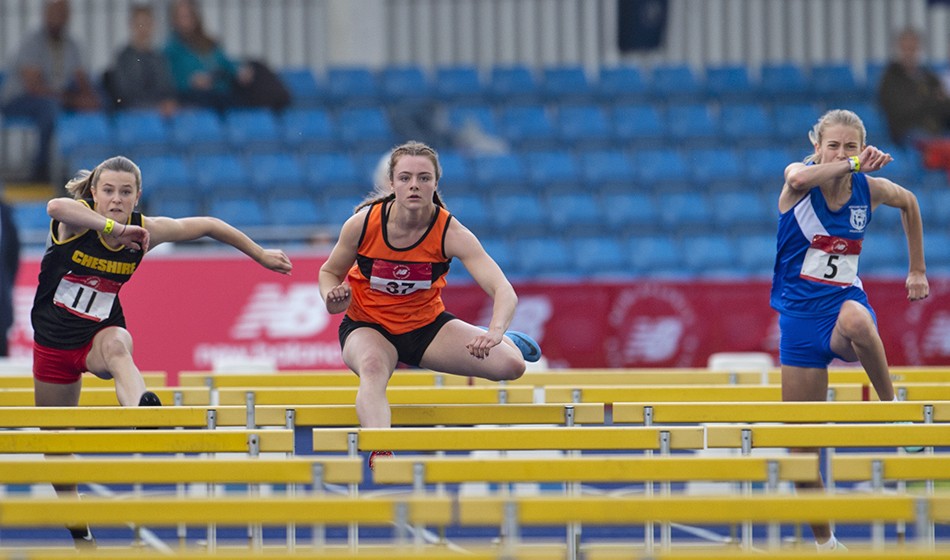 First held in 1925, the English Schools Track & Field Championships was not staged in 2020 due to the pandemic but it returned this year and was held at Sportcity in Manchester on last weekend (July 9-11).

A slimmed-down version of the event was organised for health and safety reasons with straight finals replacing the normal multiple heats and rounds that we usually see. Age groups were also separated during the programme with the senior girls and boys competing on Friday, the intermediate girls and boys on Saturday and junior girls and boys on Sunday in front of minimal spectators.

Some highlights are below, whereas for full results for the event are in our AW Clubhouse – CLICK HERE

Mia McIntosh (pictured above) was among the star athletes as she won the inter girls 80m hurdles in a British under-17 women’s record of 10.95 (+1.2). Two years ago she set a national under-15 record at the same event but her progress is showing no sign of slowing down.

Sophie Ashurst also continues to go from strength to strength in the pole vault. The daughter of 1986 Commonwealth gold medallist Andy Ashurst, the youngster won the senior girls title on Friday with 4.21m.

The Greater Manchester athlete’s mark beat Molly Caudery’s championship best and is the fifth best ever by a British under-20 woman. 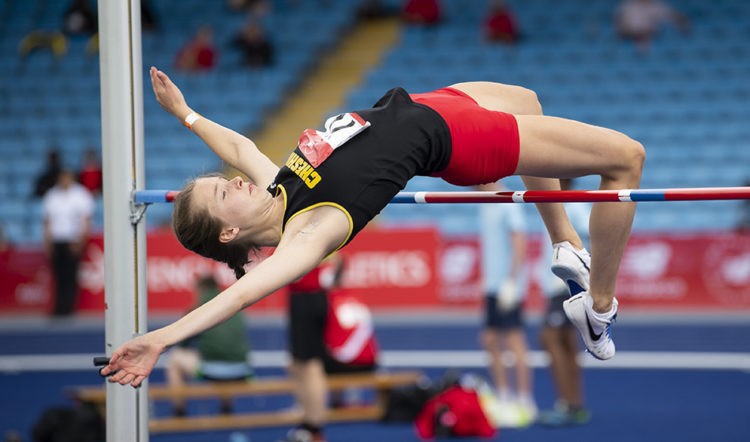 In the inter girls pole vault, Gemma Tutton of Sussex impressed with a 3.95m victory. 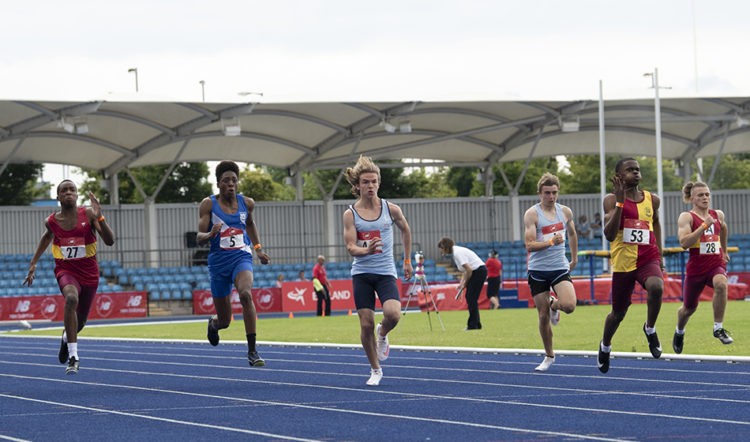 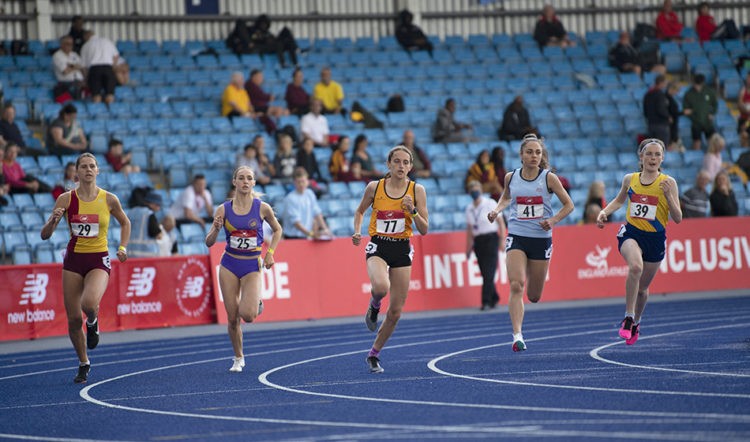 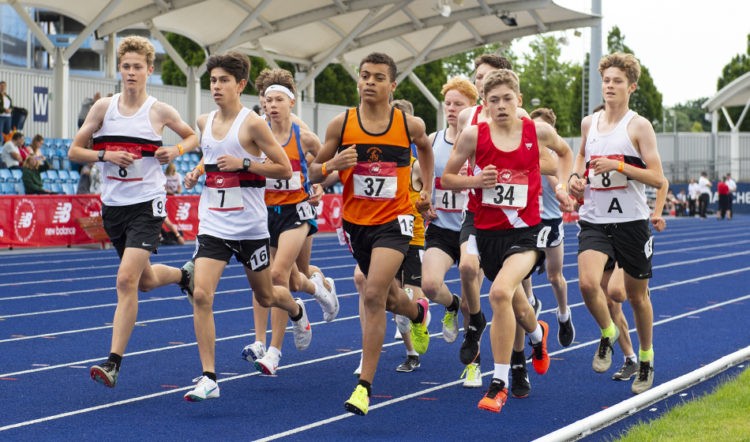 Zara Tyas of West Yorkshire (below) won the senior girls high jump by 9cm with 1.75m. 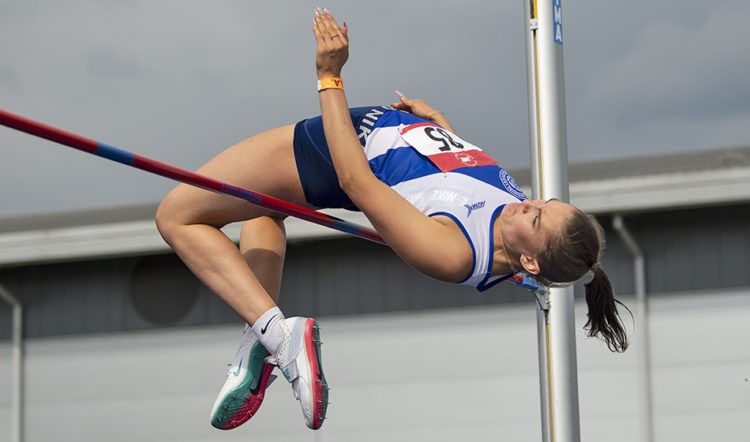 Marli Jessop of Hertfordshire (below) won the senior girls 100m hurdles in 13.84. 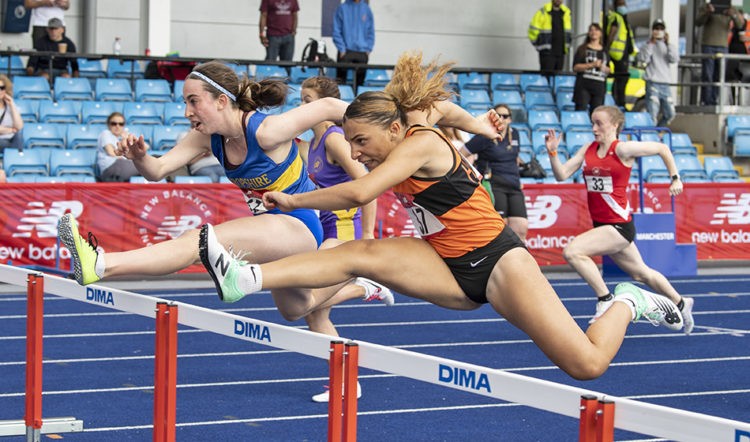 In the senior girls’ javelin, Elizabeth Korczak of Sussex (below) threw 48.47m to beat Harriet Mortlock of Essex (47.70) and Sophie Hamilton of Somerset (47.23m) in a close contest. 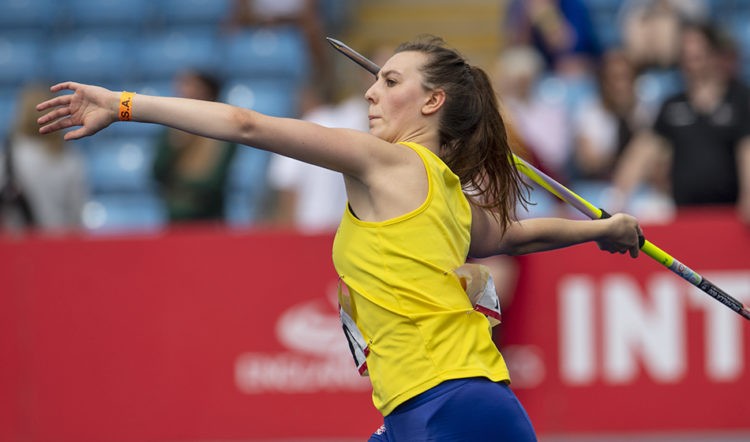 There was an amazing coaching achievement in the inter girls 1500m steeplechase as well when Shireen Higgins’ athletes swept the medals.

The three athletes – winner Rachel Clutterbuck (below, left) who ran 5:03.40, runner-up Freya Ruffels (below, centre) and Jessica Hatch (below, right) are all members of Windsor, Slough, Eton & Hounslow but represent different counties – Surrey and Berkshire. 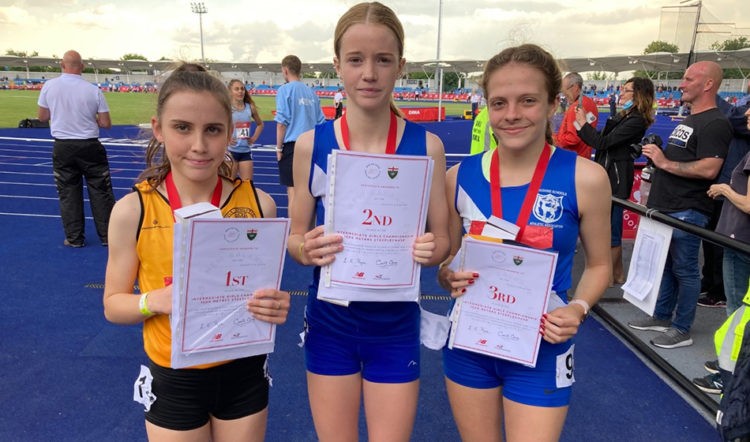 Elsewhere, Emily Owen has inherited impressive speed from her father, the former England and Liverpool striker Michael Owen, as she was seventh in her junior girls 100m heat in 12.63 as the gold went to Rebeccah Akinsanya of Kent in 12.25.

Noah Ridgeon, the son of former hurdles great Jon Ridgeon, took bronze in the junior boys 300m too in a competition won by Zico Jones of Middlesex.

At the end of the competition, the organisers said: “We were able give athletes something to aim for, and look forward to, as they ploughed their way through months of home schooling, training alone with no access to coaching groups or athletics arenas until the middle of April and for Year 11 and 13 a plethora of assessments.”

Many of the athletes now look forward to the SIAB Schools International in Derby in September.

Go to our AW Clubhouse – CLICK HERE – for results from Manchester plus other member benefits. 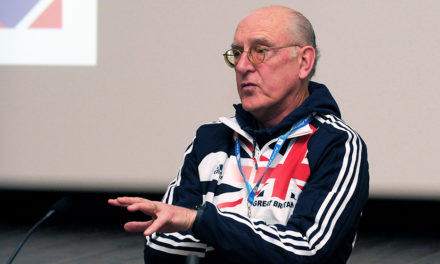 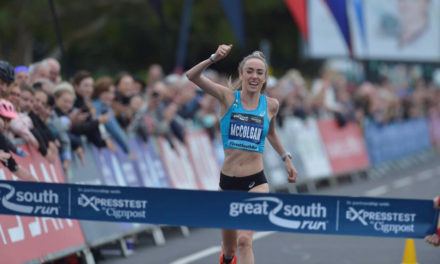 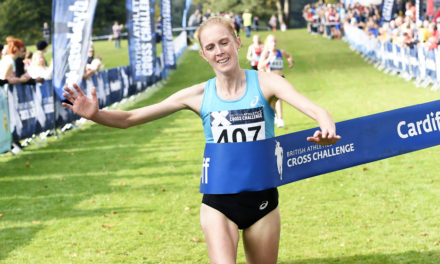 Eilish McColgan breaks Paula Radcliffe's UK record for 10 miles by almost half a minute with 50:42 (TBC) at the Great South Run.

ICYMI, Eilish McColgan was in record-breaking form at the Great South Run as she ended her season in style. https://athleticsweekly.com/event-reports/eilish-mccolgan-smashes-british-10-mile-record-at-great-south-run-1039950590/