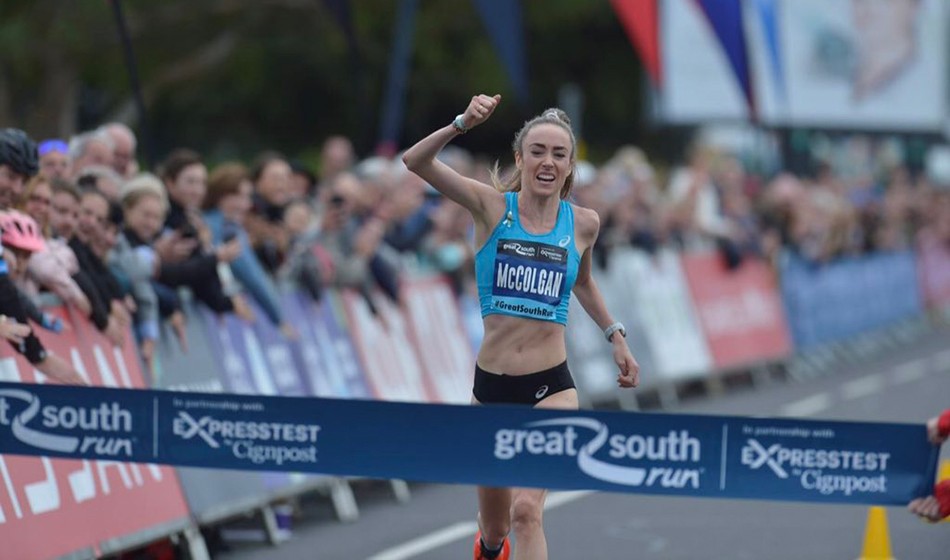 Eilish McColgan ended her season in style as she sliced almost half a minute off Paula Radcliffe’s UK record for 10 miles and 17 seconds from Sonia Sullivan’s course record at the Great South Run with 50:43.

The 30-year-old also took two seconds off the European best held by Israel’s Lonah Chemtai Salpeter and nearly a minute off her 51:38 PB as she won the event for the third time on Sunday (Oct 17).

O’Sullivan’s course record of 51:00 had stood since 2002 whereas Radcliffe’s national record of 51:11 was set in 2008 shortly before she won the New York City Marathon.

This is not the first of Radcliffe’s records that McColgan has broken this year either. In August she beat Radcliffe’s UK 5000m mark with 14:28.55 in Oslo. This means her marathon debut will be much anticipated, although she will do well to get close to Radcliffe’s fearsome UK and former world record of 2:15:25.

Like Radcliffe, McColgan seems in her element on the roads. This autumn alone she has won the Great Manchester Run in 30:52 and finished runner-up to Hellen Obiri in the Great North Run in 67:48. All this after a long track season, too, which included finishing ninth in the Olympic 10,000m final in Tokyo in August.

In addition, McColgan also continues to improve on the formidable performances of her mother. Liz Nuttall-McColgan won the Great South Run twice in the mid-1990s with a best of 52:00.

Eilish McColgan breaks Paula Radcliffe's UK record for 10 miles by almost half a minute with 50:42 (TBC) at the Great South Run.

What’s more, McColgan has now run faster on the Great South Run course than Tirunesh Dibaba, Vivian Cheruiyot and Derartu Tulu, among others, although the strength of the wind on the coastline can vary a lot from year to year at the south coast venue.

Behind McColgan on Sunday, Jess Piasecki finished second in 51:50 as Verity Ockenden was third in 54:07.

For Piasecki, who ran in the Olympic marathon in August, it lifted her to fourth on the UK all-time rankings just ahead of Angie Hulley’s 51:51.

For Aldershot runner Rowe it follows his third place at the recent Great Manchester Run and fast run at the national six-stage road relay the previous weekend.