Duplantis back over six metres in world record attempt in Paris 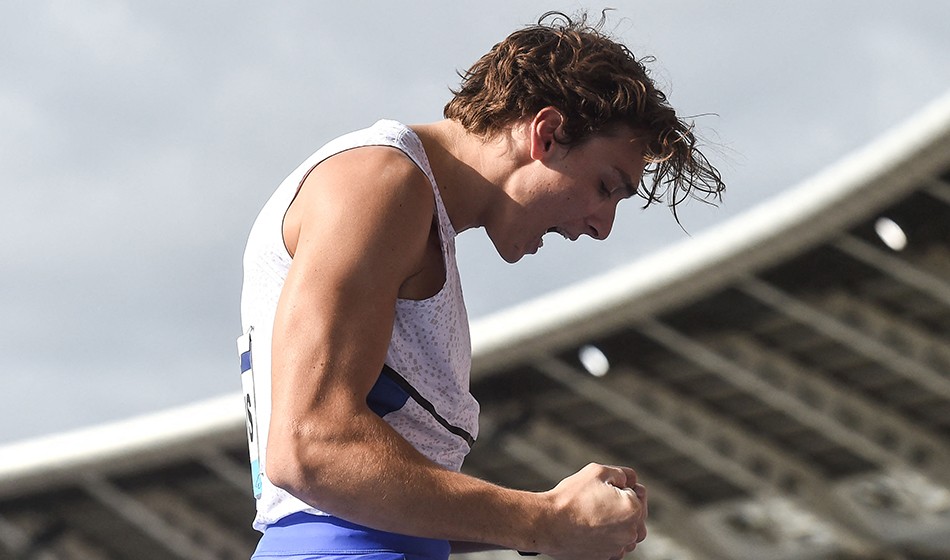 Swede wins pole vault with 6.01m leap at the Diamond League in France as we bring you a wrap-up of the men’s events

Olympic champion Mondo Duplantis may have suffered a shock loss in Lausanne two days earlier but he sailed over 5.55m, 5.73m and 5.81m at his first attempt to control the competition at the Diamond League in Paris in the early stages on Saturday (Aug 28).

However at 5.91m, it did not all go to plan as Olympic finalist Ernest John Obiena was first to jump and he set a Philippines national record.

Duplantis and Tokyo silver medallist and Lausanne winner Chris Nilsen then failed their first attempts and moved the bar up to 5.96m, which Duplantis sailed over to regain the lead. But that was beyond Nilsen who thus had to settle for third.

He also then went clear at 6.01m before moving the bar up to a world record 6.19m and after a poor first attempt he came much closer with his second but it was beyond him this time.

Harry Coppell was unable to replicate his Olympic final form and failed to clear his opening height of 5.30m.

“I felt like it was really important for me to come back and try to get into the victory mode again, to try to get over six metres,” said Duplantis. “Especially after the competition in Lausanne. It was very important to do what I did today.

“The 6.19m – it is a very high bar. You have to have a perfect jump there. I feel like I am jumping really good, I felt like I will have some close attempts right now. But it has to be perfect. It is not that I am scared but it is that I have a lot of respect for the height.”

The other Olympic men’s champion in great form was 110m hurdler Hansle Parchment.

Only eighth in Lausanne two days earlier, he showed far crisper hurdling here and just improved his Tokyo time and season’s best of 13.04 with 13.03, his third best ever and a time he has not bettered since 2015.

Devon Allen, who won in Lausanne, pushed him hard especially over the closing barriers and ran a season’s best of 13.08 in second.

Parchment said: “I still have a feeling that I could execute a little bit better but I am happy for the win. In the last part, I did not maintain the technique enough. I was leaning a bit more than I was supposed to but otherwise it was enough.

“The races cannot always be perfect and there will be mistakes so I do not worry about that and stayed confident after Lausanne, ready for this challenge.”

Daniel Roberts was third in 13.16 while Andrew Pozzi was sixth in 13.49, again fading slightly over the last few hurdles.

The other track highlight came in the men’s 200m as Fred Kerley reversed form with Lausanne winner Kenny Bednarek in a cracking race which saw the lead constantly change with the 100m Olympic medallist getting the edge with both athletes timed at 19.79 (1.6).

In his 26th race of the season, Kerley’s time was a legal PB though he did run a wind-assisted 19.77 in Lausanne. 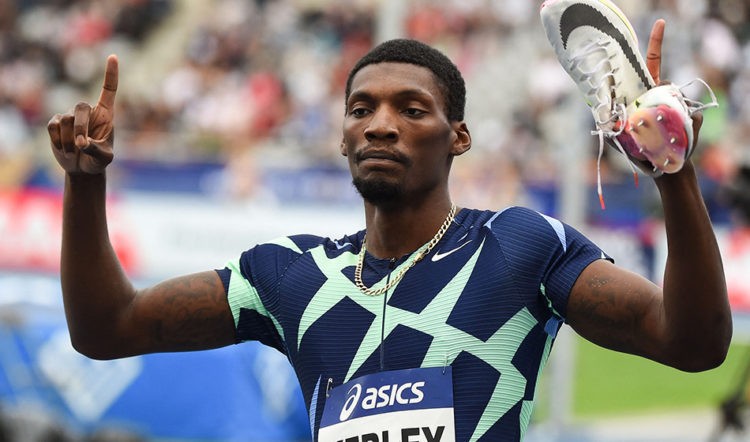 Canadian Aaron Brown was around four metres back in third in 20.20.

Kenya had not lost any men’s Olympic steeplechase they contended since 1964 until Tokyo where they had to settle for bronze through Benjamin Kigen.

A steady but not spectacular pace was set with 2:43.57 for a kilometre and 5:25.97 at 2000m but that was enough to bring it down to just three athletes – all Kenyans as normal steeplechase world order prevailed.

His predecessor as champion, Conseslus Kipruto, who has been largely absent this year but was reportedly in superb form, did not prove it here and also dropped out.

In the 800m, there was also Kenyan success even with their Olympic champion Emmanuel Korir absent as Wycliffe Kinyamal won in impressive style .

Britain’s Elliot Giles who was ranked second in the latest World Athletics rankings, was close behind the pacer who led the opening lap in a perfect 50.17.

Canada’s Marco Arop, who had impressively won the two big races post Tokyo at Eugene and Lausanne, kicked ahead at 600m in 77.52 but Giles stayed close. In the straight though both Arop and Giles faded and it was Commonwealth champion Kinyamal who was easily strongest and he won clearly in 1:43.94.

Olympic bronze medallist Patryk Dobek looks like he has done a few too many 800m races in his first season at the event – it was his 20th – and he was a distant last in 1:48.37 to follow his last place in Lausanne.

Kinyamal was a happy winner after the race after a disappointing season.

He said: “Tokyo was a sad story – I did not finish the trials so I had to go back to the training. I think I am just well prepared and that was the key to win this race. For the next season, I have big targets – the World Championships and the Commonwealth Games. This is my first time in Paris and I love it – especially the track and the crowd.”

The world leader in the javelin Johannes Vetter produced the two best throws of the competition in the early rounds with 86.28m in the second and 87.20m in the third but that counted for nothing as his final round was just 80.23m and he lost to world champion Anderson Peters’ 84.84m, who had thrown 85.98m earlier.

Peters said: “The format of the competition is strange. We, as the throwers, we do not like the format but this is just the way the system is working and we need to cooperate. It is pretty hard to throw the longest distance and not to win the competition. You could break the world record and not win it. That is crazy but it is the world we are living in right now.

“I am now basically getting my technique back. I have been struggling and did not make the Olympic final but I started to feel I am coming back like ten days after Olympics.  It was a lesson for me that nothing is guaranteed.”

Moldovan Andrian Mardare took third with a 79.91m final round after an earlier 85.43m.

The men’s triple jump was not of the same standard. Yasser Mohamed Triki did an opening 17.16m but did not jump over 15 metres in the next four rounds but did jump a 16.71m in the final three round but that fell short of world indoor record-holder Hugues Fabrice Zango, who jumped 16.71m himself in the first five rounds but won the competition courtesy of a 16.97/1.7 final round jump.

Zango said: “The new formula of triple jump in Diamond League makes the event more strategic. But it’s great. We have to play with that and try to use it to succeed. That’s what I’ve done today.

“Getting a medal at Tokyo was very important because it’s the first for an African in triple jump. It will make a difference. It will inspire many jumpers in Africa and I’m pretty sure we’ll see more and more coming on the big stage in the future.”

READ MORE: Niyonsaba goes from strength to strength in Paris

In the absence of Olympic champion Pedro Pichardo, Portugal still took third albeit with very modest jumping as Tiago Pereira leapt 16.66m in the first five rounds though no jumped in the final three round.