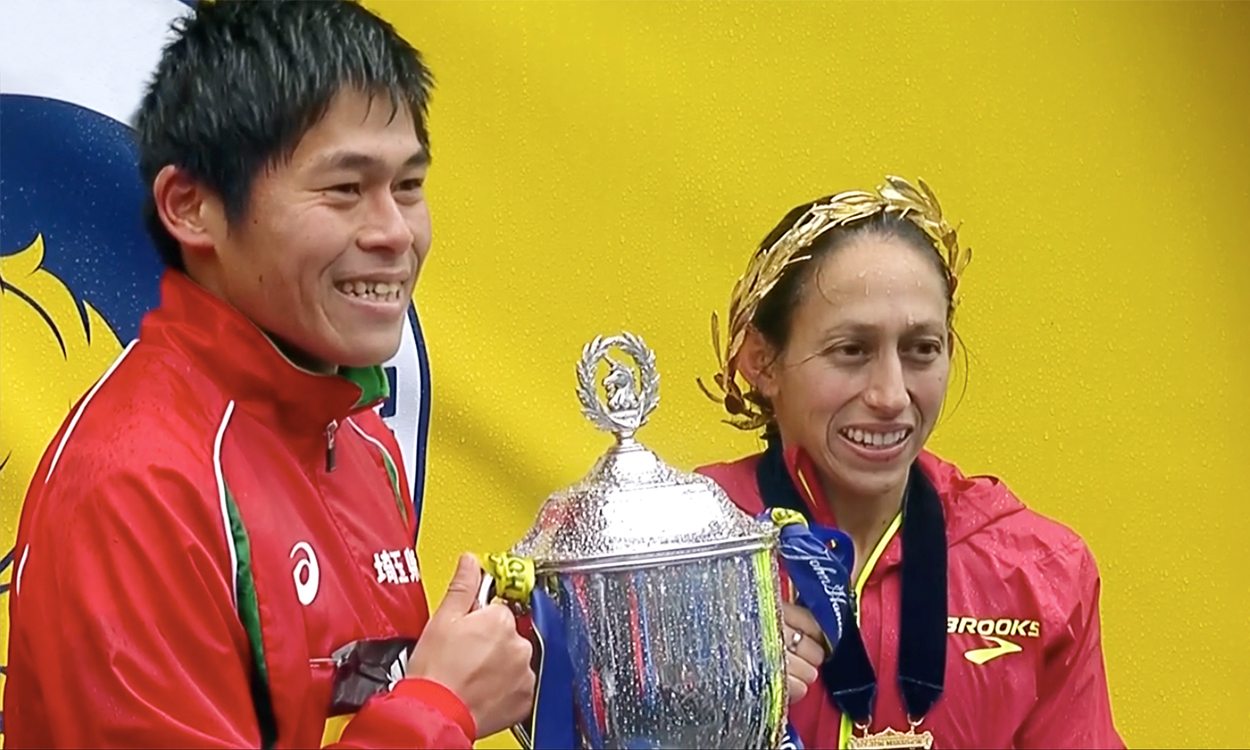 The world’s oldest annual marathon has surely never seen weather as grim as it did for the 122th edition of the race as monsoon conditions hit Massachusetts on Patriots’ Day.

Battling the heavy rain and icy winds, Desi Linden became the first American woman to win the race for 33 years, while Yuki Kawauchi of Japan dramatically overtook long-time leader and defending champion Geoffrey Kirui of Kenya in the closing stages to win the men’s race.

Still wearing the rain jacket that she had started the race in, Linden crossed the finish line in 2:39:54 as she became the first US female winner since Lisa Larsen Weidenbach took victory in 1985.

Linden, 34, was runner-up in 2011 and fourth in 2017. She also placed seventh in the Rio Olympics marathon. But this was her day as she passed long-time leader Mamitu Daska of Ethiopia at around the 35km mark.

In second, Sarah Sellers made it a US one-two with 2:44:04, while Krista Duchene of Canada was third in 2:44:20. Further behind, New York City Marathon winner Shalane Flanagan of the US battled home in seventh in 2:46:31, while Edna Kiplagat – the two-time world champion and reigning Boston winner from Kenya – ran 2:47:14.

For Kawauchi, it was an amazing performance by a serial marathoner. The 31-year-old is a prolific racer and regularly runs a marathon on average each month. Boston, for example was his fourth race at 26.2 miles this year alone and his eighth since November 5. Impressively, he maintains this racing regularity despite holding down a full-time job with local government at home, too.

At one point, Kirui had a 90-second lead on his rivals as he headed into the final 10km. But he began to tread water – almost literally given the rain – as the conditions and distance of the race took its toll.

Kawauchi showed no mercy either as he rapidly made up the deficit and powered past the Kenyan in the final 3km to win in 2:15:58.

Kirui held on for second in 2:18:23, while Shadrack Biwott of Kenya was third in 2:18:35 and Tyler Pennell was fourth and first American in 2:18:57 as the 2017 Chicago Marathon winner Galen Rupp dropped out soon after halfway.

“For me, these are the best conditions possible,” Kawauchi said.

» See the April 19 edition of AW magazine for more