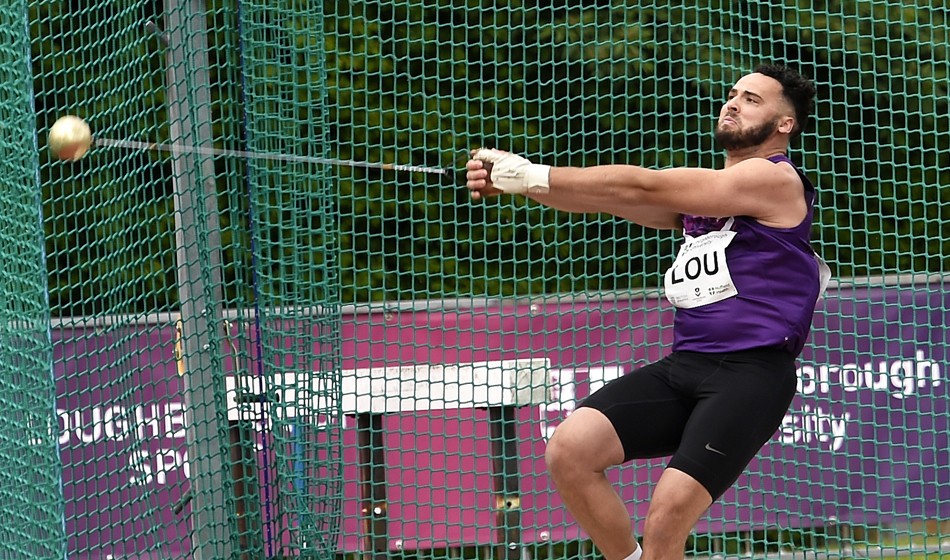 Taylor Campbell, Lawrence Okoye and Jessica Mayho show fine form as England take team victory at the traditional curtain-raiser to the domestic season in the UK

First staged in 1958, the meeting has established itself as one of the first big domestic events of the season. Although this year lacking spectator support due to the Covid restrictions, athletes relished the opportunity to perform on the international stage.

In windy and often chilly conditions, England ran out comfortable winners with 122 points compared to the 92 of runners-up Loughborough ahead of GB Juniors, Scotland and Wales.

Early in the meeting, Campbell set the hosts off to a winning note in the hammer. His 75.87m in the first round was a PB but then, in the third, he went out to 76.97m to climb to fifth on the UK all-time list. He is just now 53cm short of the Olympic qualifying mark. Scotland’s Chris Bennett, whom he had leapfrogged on the rankings, was second with 74.74m.

Still with the hammer, England’s Jessica Mayho added three centimetres to her PB as she threw 67.10m for the win. She remains seventh on the UK all-time list.

In the discus circle, UK record-holder and 2012 Olympian Lawrence Okoye continued his comeback after trying out in American football with a winning throw of 64.61m. 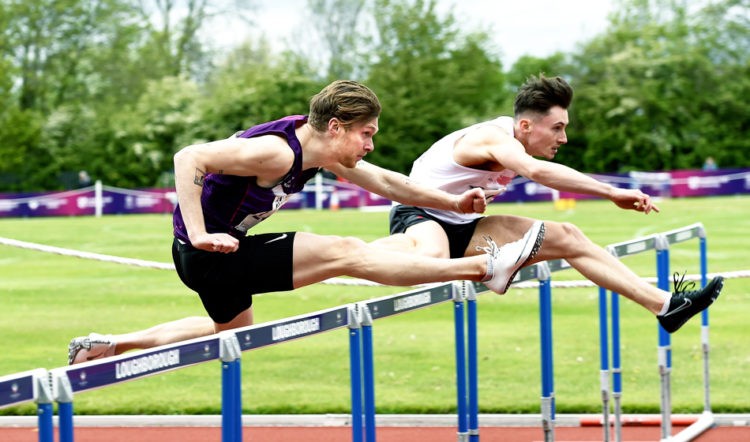 England’s James Weaver won a tightly fought 110m hurdles, taking seven hundredths from his PB with 13.55. Loughborough’s Cameron Fillery was similarly impressive as he crossed the line in 13.57. 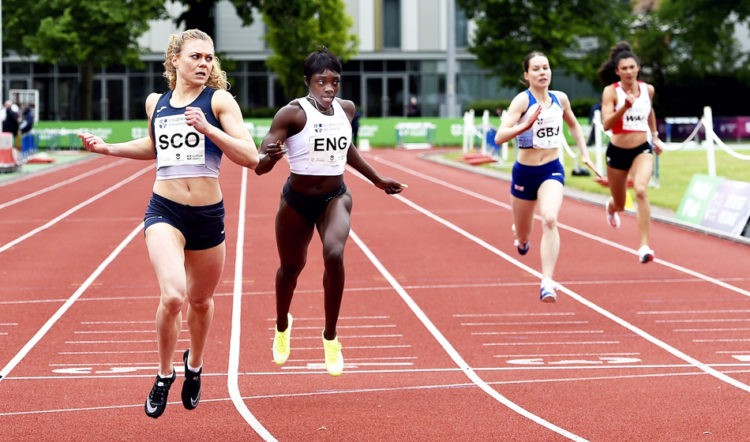 William Grimsey took the scalp of Chris Baker in the high jump as he cleared a PB and UK lead of 2.25m for victory. The Scot, who had jumped 2.24m indoors, had third-time clearances at both 2.22m and 2.25m as Olympian Baker was second for Loughborough on 2.22m. 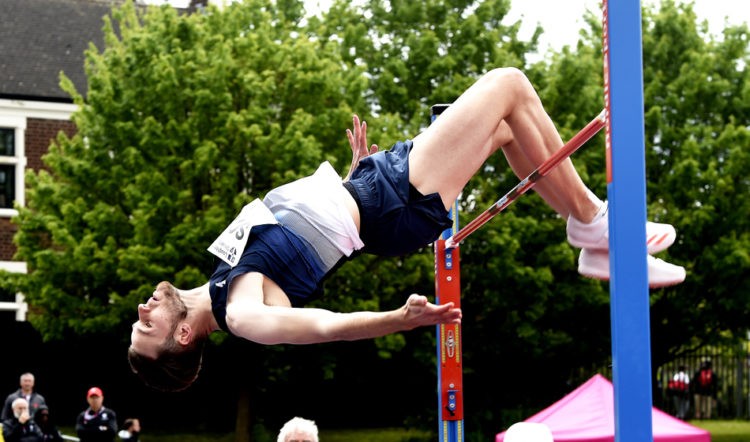 UK No.1 Scott Lincoln (England) took the win in the shot despite his 19.61m being his weakest mark of the season.

GB 800m internationals Kyle Langford and Isabelle Boffey enjoyed two very different wins for maximum points for England. Worlds fourth-placer Langford took it steady before pouncing in the home straight to clock 1:49.37 as he beat Max Wharton (1:49.54). By contrast, European junior champion Boffey convincingly ran the second lap on her own to stop the clock on 2:03.91, winning by more than five seconds. 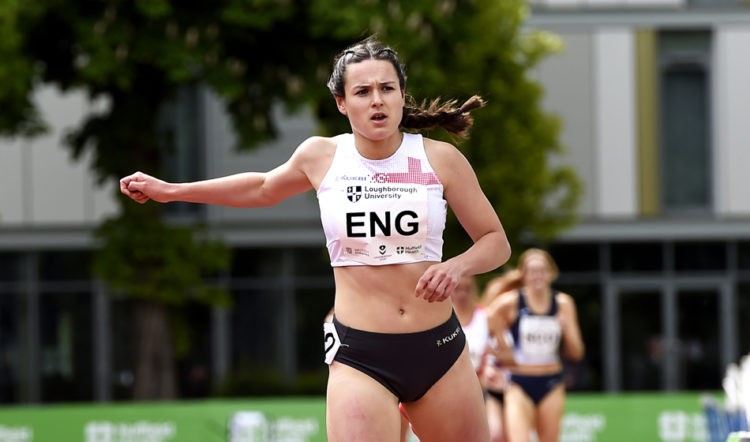 Heptathlete Holly Mills was helped by an illegal following wind (2.5m/sec) to 13.07 for victory in the 100m hurdles.

Loughborough’s Meghan Beesley won the 400m hurdles with 57.45 but had to work hard to hold off England’s Zoe Pollock, who took nearly a second off her best with 57.69 to close in on the European U23 qualifier.

In the guest 100m, Joy Eze took 0.25 from her PB to win with 11.65, sailing under the qualifying mark for the European U20 Championships.

Scotland’s Zoey Clark convincingly won the 400m with a season’s best of 52.57. 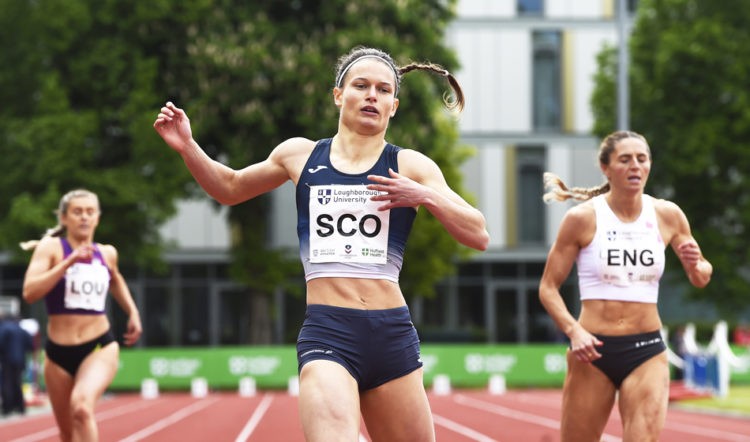