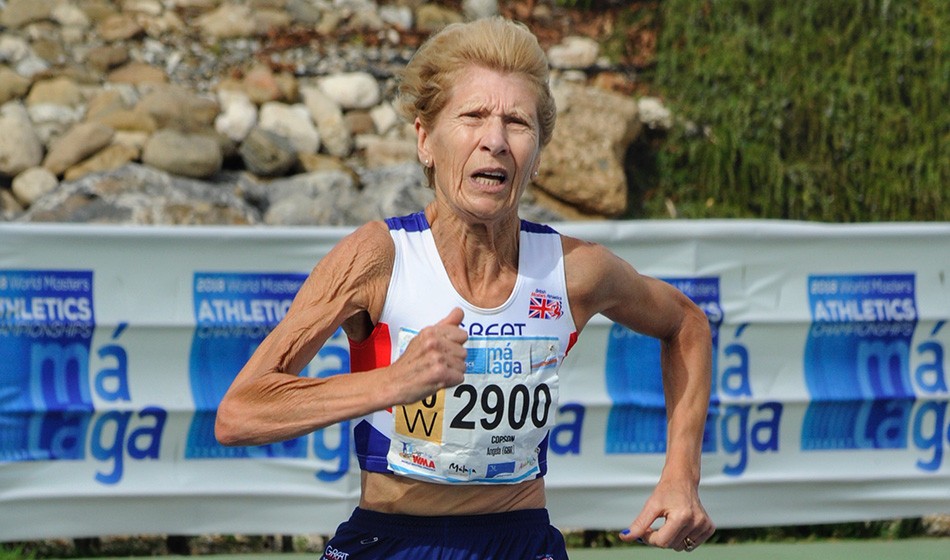 The Luton athlete has improved her stamina this year with her parkrun going from 23:54 to 19:43 in April. 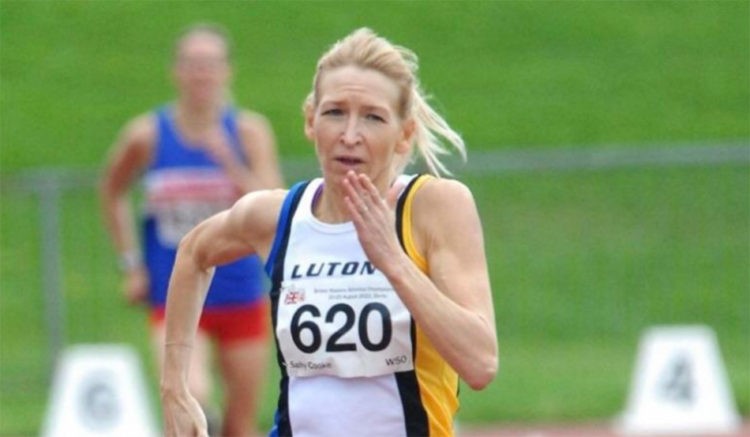 Jane Horder smashed the listed world W65 mark of 14.03 from 2008 in the W65 80m hurdles with a time of 13.22 though she had run a 13.48 British record in April with the UK being far faster to ratify records than the world governing body which can take many months. 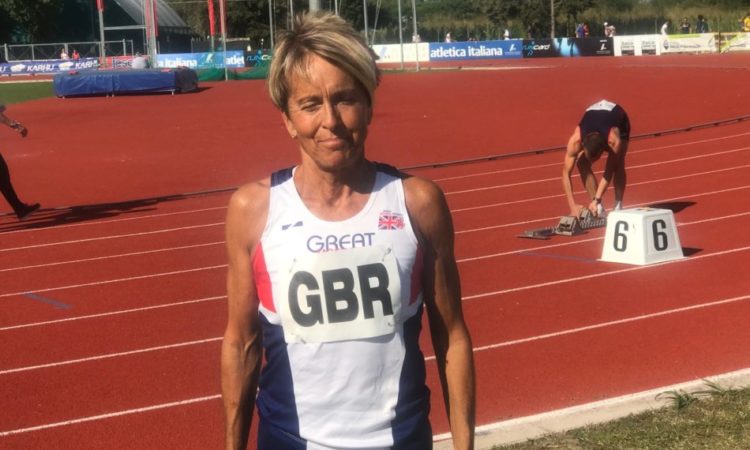 She also set a world record of 52.70 in the 300m hurdles which took over a second off of Karla Del Grande’s world record set last year and it took seven seconds off of the British best.

In the field there were notable efforts from 58 year-old jumper Jo Willoughby whose 10.54m triple jump and 4.89/2.0 long jump added nine and seven centimetres to her respective British W55 records.

London Schools Championships, Battersea, June 11
Joe Appiah competed as a guest in this event and broke the world M50 100m hurdles record with a time of 13.49 though Power of 10 have yet to recognise the times for this meeting.

His previous best was 17:08 so it was a whole half minute off his previous mark and according to Power of 10, it is a PB and certainly his fastest time as a Vet though it is possible he ran quicker as a youngster. 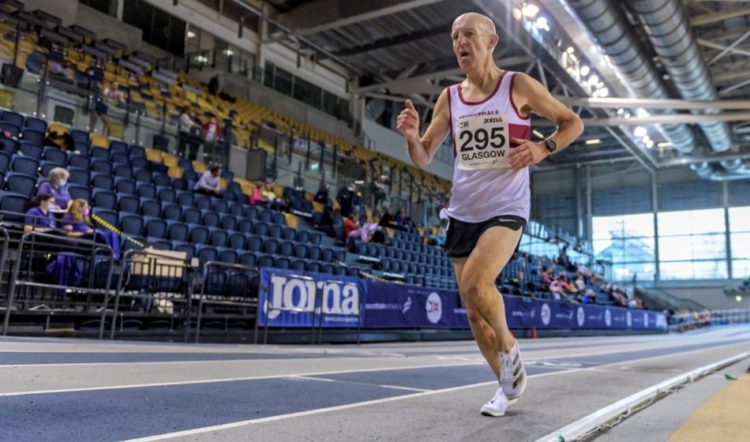 Welsh Championships, Cardiff, June 11
There was a Scottish record in the discus for Nick Percy with 64.95m, improving on his 64.35m PB set in Cyprus set last month. 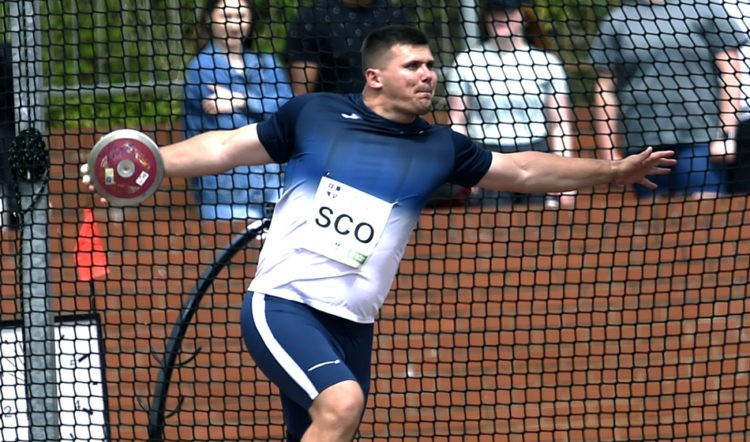 Thomas Williams was another record-setter with a 55.67m hammer throw.

Buckinghamshire Schools Championships, Milton Keynes, June 11
Ayesha Jones added almost four metres to her PB as she set a UK under-17 lead and went third all-time in the age group with a 51.81m throw. 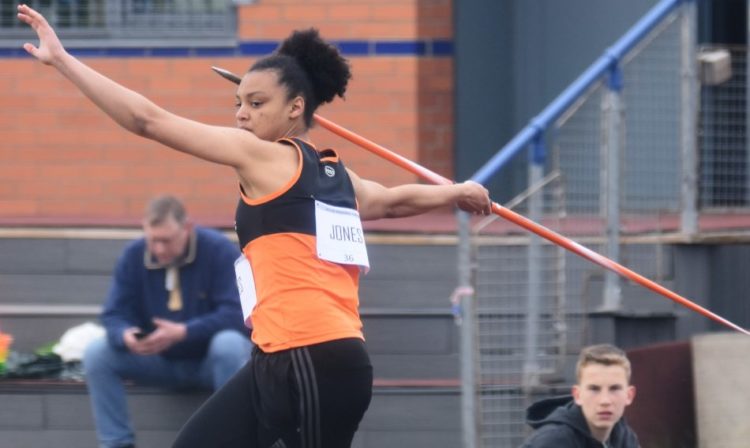 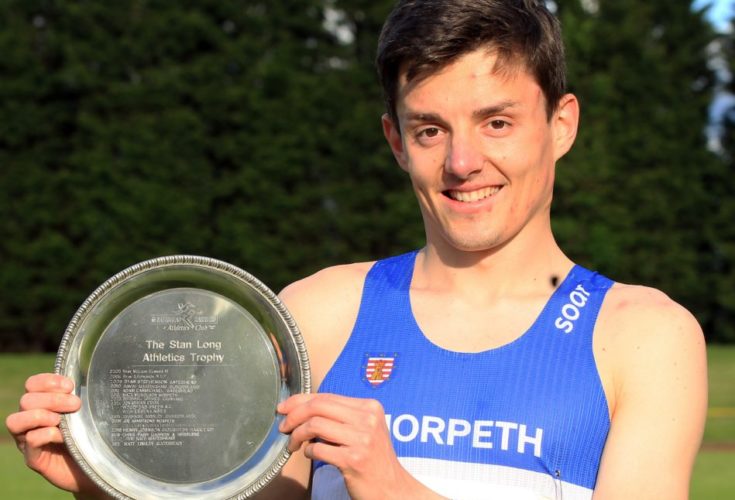 British relay stalwart Harry Aikines-Aryeetey showed sharp form to win his first 100m race in a barely over the legal limit 10.20/2.2 ahead of Ojie Edoburun’s 10.27.

In another race Edoburun improved to 10.11/2.9 ahead of Aikines Aryeetey in 10.16 while Quainoo ran his fastest ever time of 10.20 to go with his two world under-20 qualifiers.

Richard Akinyebo and Andrew Robertson shared an over the limit 10.20/3.3 in another heat.

Bekah Walton threw 54.46m for second place in the javelin.

Olivia Harris was first woman by over two minutes in 39:32.

In fifth Simon Baines went second in the UK M50 rankings with 54:56.

Judia Bijl was first woman in 58:47 from Emily Wicks (60:01) with the latter winning Surrey gold.

Hull Run for All 10km, June 12
The 2010 England Commonwealth Games representative John Beattie, a past winner of big 10kms at Cardiff, Eastleigh, Telford and Ribble Valley, easily won in 31:23 from Jonathan Harding’s 32:52.

W40 Elzbieta Lisowska was the leading woman in 39:33

Hull Run for All Half-Marathon, June 12
Jonathan Walton (72:19) and Lindsay Skinner both finished well clear of the opposition.

Roon the Toon 10km, Kilmarnock, June 12
A quality race for an event that included the Scottish Championships saw the first 14 inside 31 minutes.

Southend Half-Marathon, June 12
David Smale headed the men’s race by around half a mile as he won in 70:07.

Stephanie Migliorini was the women’s winner in 85:49.

St Albans Half-Marathon, June 12
In a very close men’s race Mohammed Elbayan (72:12) narrowly got the better of Matt Cooper (72:17) as they led home 1600 runners with an additional 265 walkers also participating. 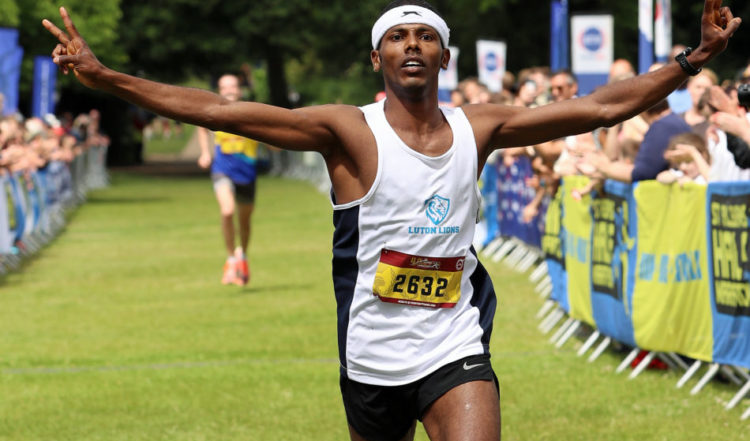 This year she has recorded fastest laps in the three Sutton Park relay championships (Midlands, National and Masters) and she beat the first man French-based Kyle Barber by 10 seconds though this event did not have a UKA licence and won’t appear in the rankings.

London Spring 10km, June 11
Hugo Donovan clearly held the advantage in the men’s race in 32:14 while Jessica Furness was first woman in 40:52. 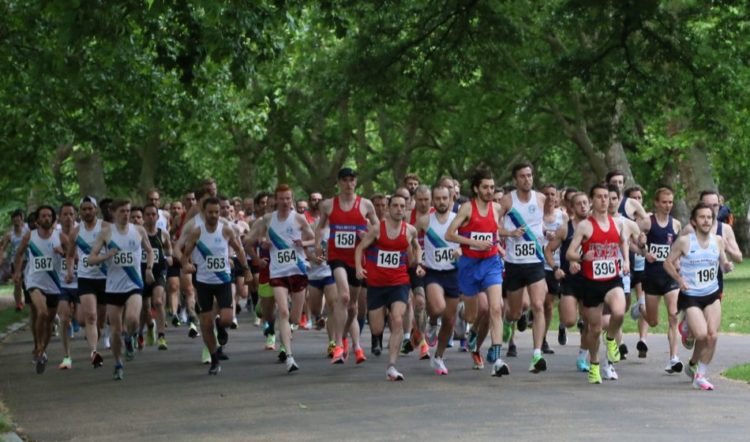 Megan Marchant, a member of Cambridge Harriers winning Southern six-stage team, won the women’s race in 19:23 ahead of race one winner Sarah Hanley (20:21). 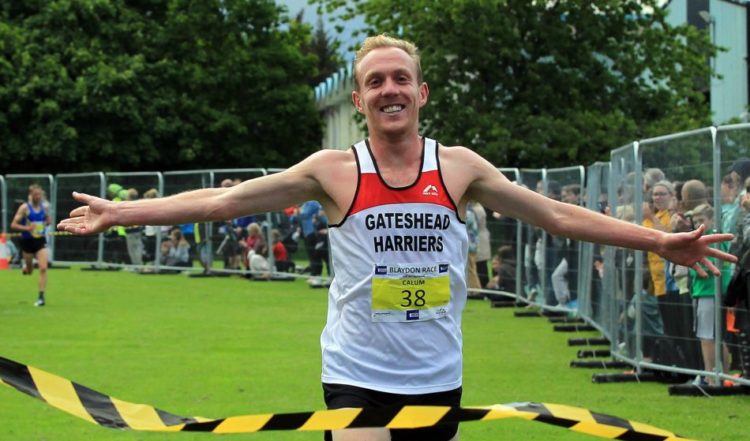 After more than 200 miles of racing over 20 legs it went down to the final leg and it was in doubt until Pontyprdd’s Juan Delgado suffered from an injury trying to make up the necessary three minutes and had to drop out giving the win to Swansea in 19:16:16 with Pontypridd’s penalty giving them 19:53:08 with Kent third on 20:09:36.

For a detailed report and leading results see our results section.

Ricky Lightfoot became only the third runner in history to win this Welsh fell event that has 4000ft in climbing as his 2:22:33 gave him victory over the leading horse Invictus by two minutes and the next runner Sam Humphrey by six.

Victoria Nealon was the leading woman by six minutes in 2:56:49.

The race took place almost 18 years to the day since Huw Lobb won £25,000 for becoming the first man to beat the horses in this annual race. 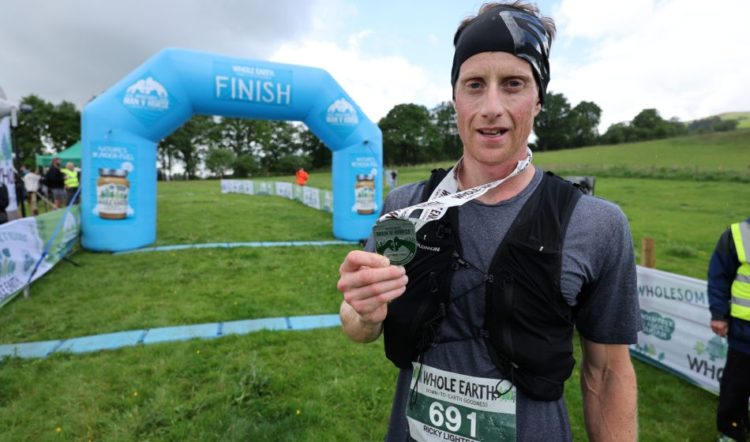 Lily Partridge – 16:57 at Alveaston in finishing second overall was the fastest woman.

Though there were 23 women given higher age-gradings, M55 Phil Parry with a 17:38 at Eastville was the top-scoring man, recording 90.17%.