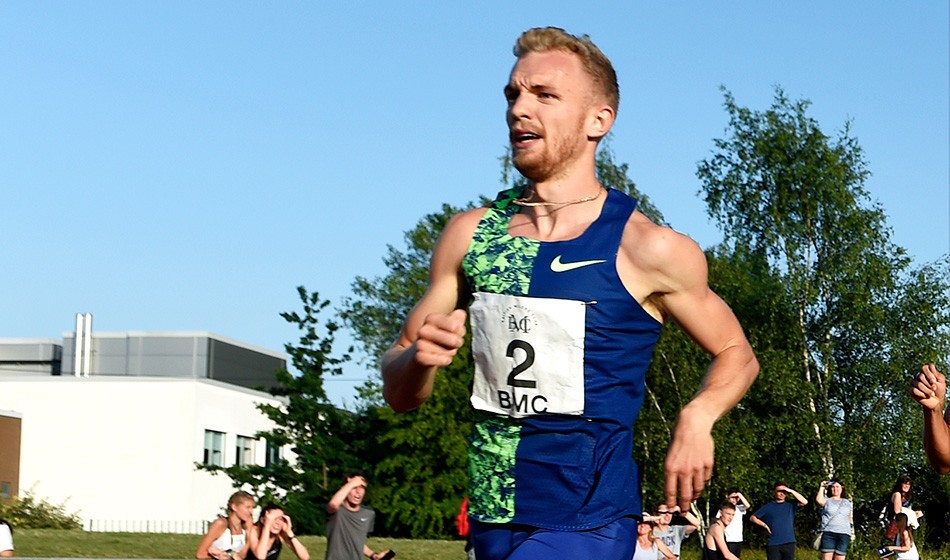 Pfungstadt, Germany, June 18
Kyle Langford smashed his PB with a world qualifying mark of 1:44.61 to finish two metres up on Neil Gourley who improved his PB by well over a second to 1:44.82 well clear of German Christoph Kessler’s 1:45.27.

The Commonwealth silver medallist was always well-placed (third just inside 52 at the bell)  and carrying on his bolder tactics of late, took the lead at 600m and kicked strongly. His previous best was 1:44.83 and comes after a string of good runs without the necessary fast times.

Gourley’s improvement was also even more notable as he finished fast and closed on the Shaftesbury Harrier in the finishing straight as he also added his name to Britain’s Eugene two-lap qualifiers.

Fourth in the Oslo Dream Mile in a PB 3:52.08, the 2019 world 1500m finalist will be looking for a good run in Manchester this week to gain a place in Britain’s metric mile team but is up against three Olympic finalists, who all head him in the 2022 rankings.

Oliver Helander won the javelin with PB 89.93m to surprisingly beat Neeraj Chopra’s Indian record of 89.30m who was in his first competition since the Olympics.

Rasmus Magi set an Estonian record and European lead of 47.82 to win the 400m hurdles.

Phil Norman was ninth in the steeplechase in a season’s best of 8:26.28.

Serbia’s double world indoor champion  Ivana Vuleta not only won the long jump with a 6.83/2.6 leap but she also took triple jump gold  in a PB 14.24m.

Briton Amelia Strickler won the shot with a PB and UK lead 18.18m.

In the women’s shot there was a Dutch record for Jessica Schilder with a 19.19m throw.

Scott Lincoln (20.41m) was second in the shot while Chris Bennett set a season’s best in the hammer with a 73.48m throw.

Olympic winner Daniel Stahl led a Swedish one-two in the discus with 66.26m ahead of Simon Pettersson (62.92m).

Briton Naomi Metzger was fourth in the triple jump with a season’s best 14.14/1.2 leap.

In the triple jump, Neele Eckhardt-Noack set a European lead of 14.48m

Mette Graversgaard improved her Danish record in the 100m hurdles to 12.89 ahead of Ireland’s Sarah Lavin (12.93 PB).

Magdeburg, Germany, June 16
Henrik Janssen won the discus with a 66.25m throw while Shanice Craft was the women’s winner with 64.20m.

Grandma’s Marathon, Duluth, June 18
Dakota Dakotah Lindwurm successfully defended her title and improved her PB by around four minutes to 2:25:01 ahead of Sarah Sellers (2:25:43) and Susanna Sullivan (2:26:56).