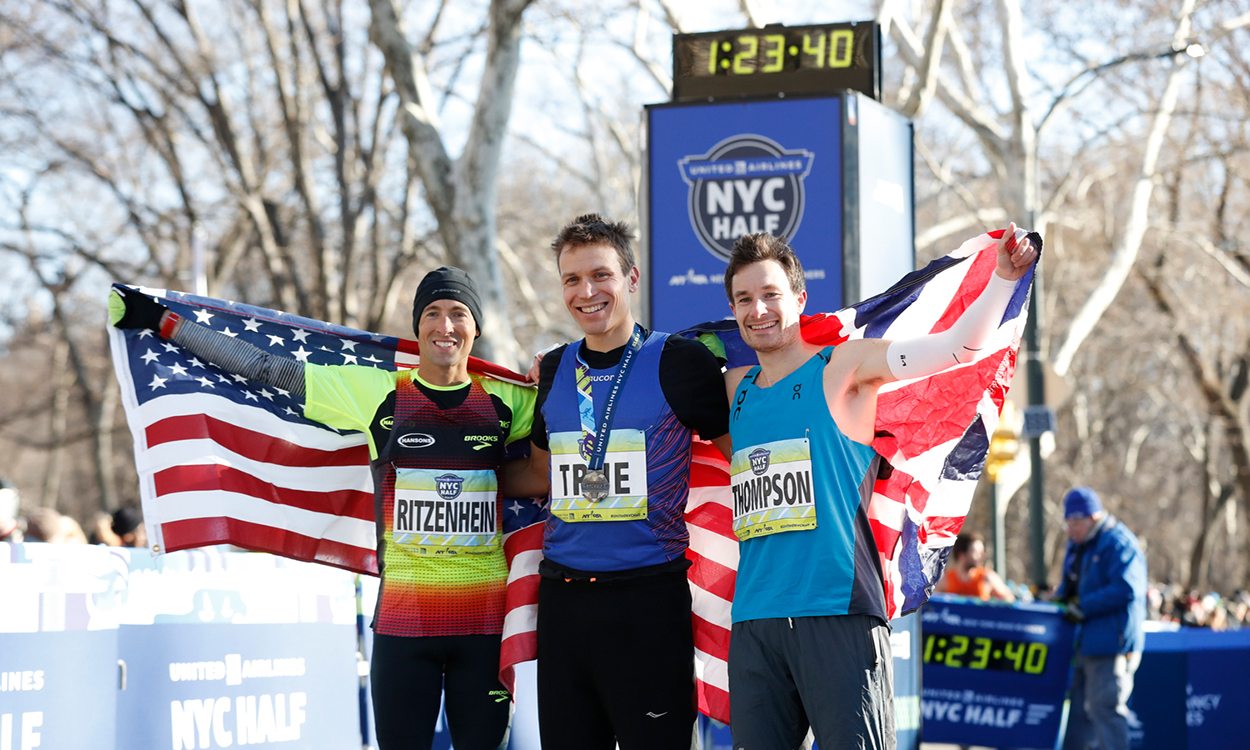 Ben True became the first American winner of the United NYC Half men’s race as he clocked 62:39 in the Big Apple to beat fellow American Dathan Ritzenhein and Britain’s Chris Thompson.

Ritzenhein clocked 62:42 in a close race while Thompson ran 62:43 and later described it as the most pleasing half-marathon performance he’d ever run in what were cold, windy conditions.

True said: “Knowing that most of the field are marathoners, or at least have done the half many times before, I knew that I probably had a little bit better closing speed than them.

“My goal was just to hide for the majority of the race and then get dragged for 20km and then hopefully that last kilometre I was able to use my speed to get around people. That was my strategy. Hang on for dear life.”

In the women’s race Diriba beat runner-up American Emily Sisson by a narrow margin in 72:23 as Karoline Grovdal of Norway was third 72:43.