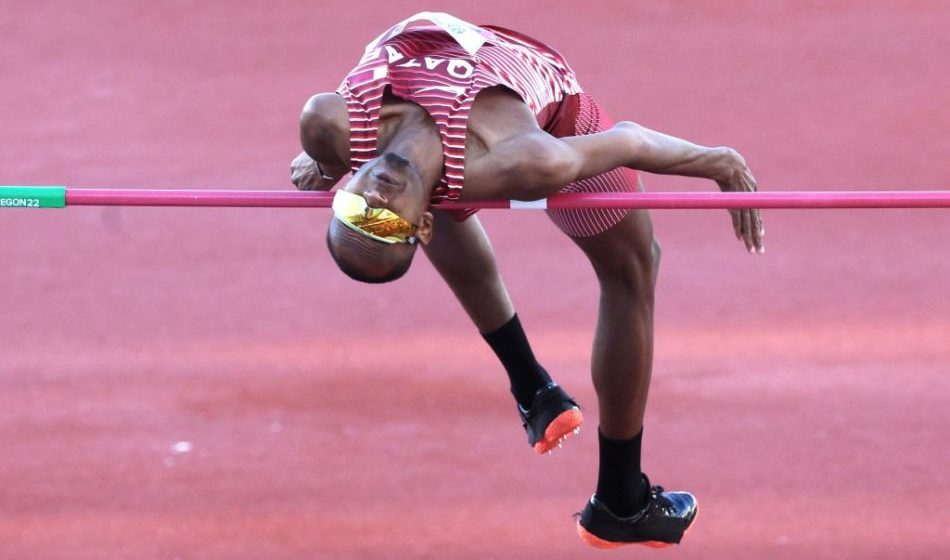 Last year he shared Olympic gold with Gianmarco Tamberi in Tokyo. This time he had the top of the podium to himself in Eugene as he soared to his third consecutive world title. Mutaz Essa Barshim has achieved almost everything in the sport, apart from the world record.

Javier Sotomayor’s long-standing mark of 2.45m remains frustratingly out of reach. Barshim’s best is 2.43m and it’s no secret he would love to gain that record. Maybe it will come one day.

On Monday night at Hayward Field he cleared 2.37m to add to the world titles he won in London in 2017 and Doha in 2019. Doha was undoubtedly his finest moment as he returned from serious injury to win in front of his home crowd, but this week’s victory in the United States still tastes sweet.

“Three world golds in a row is something that has never have been done before,” he said. “I feel like I have a name in our sport, but I have been never felt like the greatest one in the field.”

World indoor champion Woo Sang-hyeok of South Korea took three attempts to get over 2.33m but then cleared 2.35m at the second attempt to take silver as Ukraine’s Andriy Protsenko collected bronze following a 2.33m clearance. 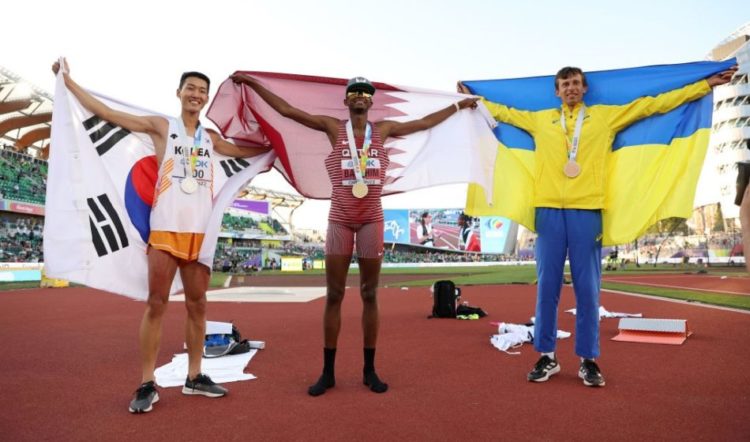 Protsenko, 34, has been a major championship regular since 2009 but this was his first global outdoor medal. It comes at a time, too, when his country is at war with Russia.

He said: “Three months ago I managed to take my family from Ukraine and the occupied territory, but I left everything in my home town of Kherson. I only took one bag. That’s all I have. I even don’t have a base in Europe.

“Coming back from Eugene, I should look for the house where my family will live and for the place where I will able to continue my preparation. It’s a terrible situation.”

As for joint Olympic champion Tamberi, he didn’t look as smooth as usual in qualifying and in the final he failed twice at 2.30m before clearing 2.33m at his second attempt to finish fourth.

Barshim, however, enjoyed first-time clearances up to 2.37m and his one failure of the night was an attempt on a championship record of 2.42m when his victory was already assured.

El Bakkali too strong in the ‘chase

Soufiane El Bakkali added the world title to the Olympic crown he won last year. The tall Moroccan bided his time in a slow race before making a decisive move on the water jump with 150m to go and sprinted home to win in 8:25.13.

The 26-year-old out-kicked Lamecha Girma of Ethiopia and defending champion Conseslus Kipruto to take the title. The top three men filled the podium at the 2019 event in Doha incidentally, with Girma runner-up on that occasion and El Bakkali third.

The final two laps in Eugene were completed in a fast 1:58.80 and as the race drew to a climax it was exciting. But given the slow time, it is unlikely to be remembered as a classic. It was 10 seconds slower, for example, than Patriz Ilg ran to win the title at the inaugural championships in Helsinki in 1983. 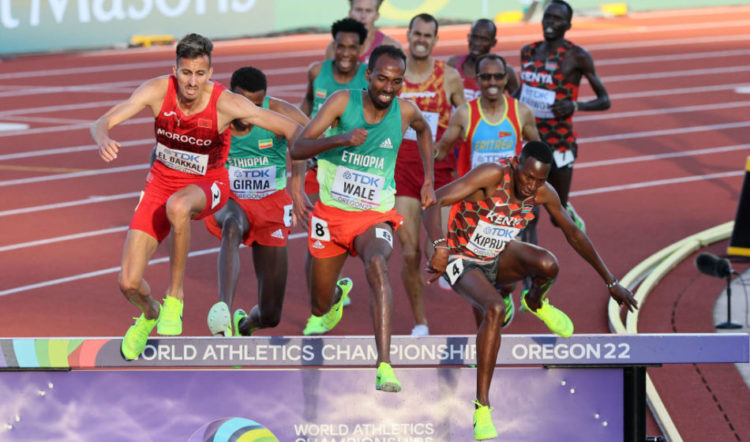 The most exciting part of the first half a dozen laps was when a cameraman stepped out on to the track to film the women’s triple jump and was almost trampled by the runners.

“I am very happy to win my first world title after the Olympic gold,” said El Bakkali, who finished fourth in the World Under-20 Championships final in Eugene in 2014.

“The race was very difficult. It was very tactical and slow. I positioned myself well on the last lap. I am very strong in the 400m and it worked out for me.”

Evan Jager, an American who is based in Oregon as part of the Bowerman Track Club, was sixth in 8:29.08.