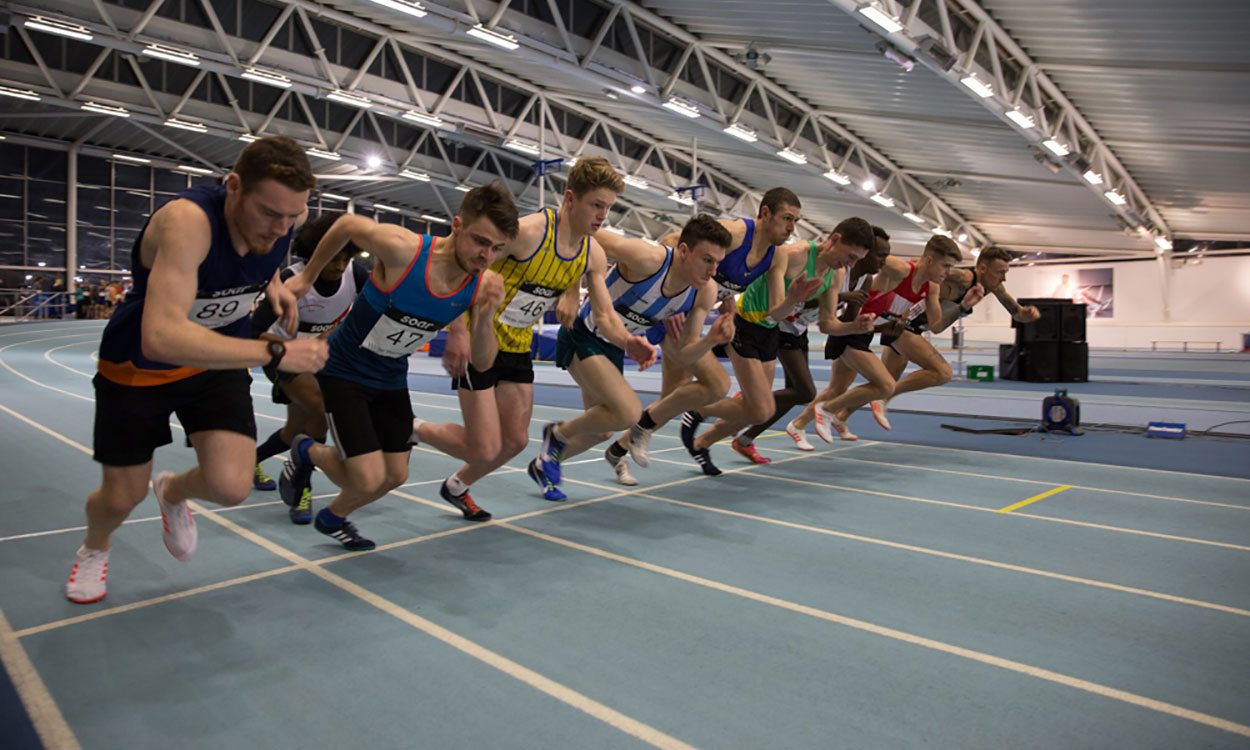 There was plenty of major action overseas at the weekend including top performances from British athletes in Germany, Japan, Portugal and the USA, as well as the BUCS Cross Country Championships and the Nitro Athletics meeting in Australia (click here for coverage), but there was plenty of other domestic action of note.

Whiteman’s mark bettered the listed world record for that age category, although there is a faster unratified American mark of 4:12.33 which was run by John Trautmann in 2015.

A report of the event plus photographs will appear in this week’s AW magazine.

On a new course that took in the famous racing circuit, Finn McNally won the men’s race in 30:46. Izzy Coomber was first woman in 35:14.

The women’s race was even closer with Lauren Howarth’s 27:24 bettering Sonia Samuels’ 27:26.

Mohammed Abu-Rezeq won the men’s race in 30:43, while Alyson Dixon, just back from training in Kenya, won the women’s race in 34:37.

Jonathan Cornish was first man in 68:43.

Sarah Stradllng was first woman in 81:11.

Britain’s Jade Lally set an early world lead and London World Championships standard in the discus with a throw of 62.15m.

Lachlan Wellington gained revenge after his narrow loss in the South of England Championships with a clear win over Zak Mahamed, winning the intermediate event in 17:25 to 17:41.

Daniel Stidder won the senior race in 20:49, while 2016 Inter Counties champion Harley Norman won the junior race with the younger South of England under-13 champion Felix Vaughan in third.

Another South of England champion Amelia Quirk won the senior girls race in 15:18.

Eilidh Doyle was among the winners as she clocked 53.36 over the 400m flat.

Kyle de Escofet ran another 60m PB with 6.59 and followed that up with 6.61 to finish fourth in the final. David King set a 60m hurdles PB of 7.65 for a European Indoors qualifying time.

Lee Emmanuel achieved a European Indoor Championships qualifying mark with 7.49.29 for second over 3000m to go second on the UK 2017 rankings.

Hannah Cockroft achieved a sub-one-hour time on her first attempt at the half-marathon distance.

Heather Paton clocked 8.34 to equal the Scottish 60m hurdles record mark held by Gemma Werrett, which was set back in 2011.

Ben Reynolds clocked a European Indoors standard in the event with 7.77.