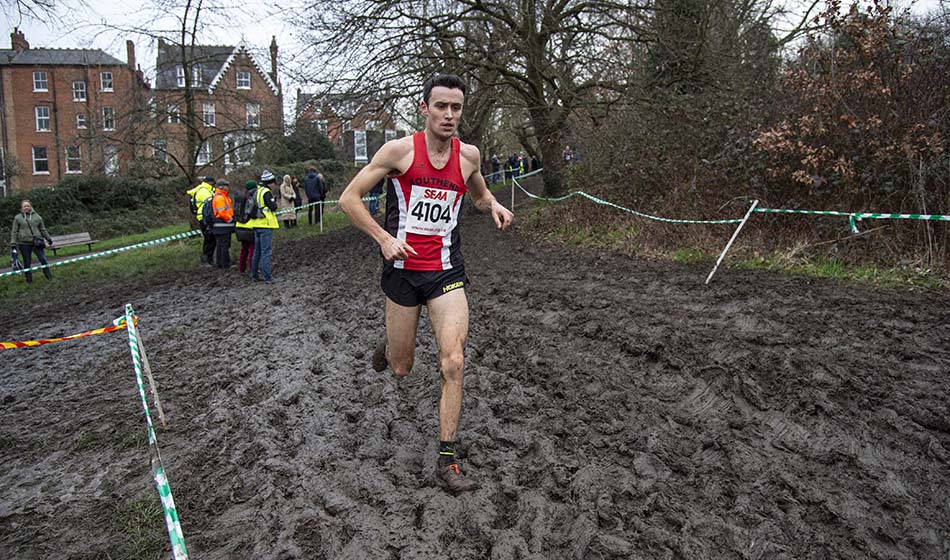 Adam Hickey ran out an easy winner of the men’s race at the South of England Cross Country Championships over a testing 15km which took in three circuits of Parliament Hill Fields, Steve Smythe reports.

On a busy day of English area cross-country championships on Saturday (Jan 25), Hickey, the reigning British champion and the 2018 National winner, built up a 30-second lead on the first lap of the north London course and then seemed to ease back as he nursed a turned ankle.

The Southend athlete, who was third in Stirling a few weeks ago, pulled further away on the final lap and won by 51 seconds in 47:28 from Highgate’s Alex Lepretre while Dylan Evans won the battle for the bronze.

Led by Luke Prior in fifth, Aldershot won the team race from Tonbridge and Highgate.

Hickey had been second the previous two years in this event and surprisingly it was his first senior South of England title on the country and women’s winner Jess Gibbon also gained her first title.

Gibbon was 10th in her only previous South of England excursion in the junior race in 2016, but here the much improved Reading athlete pulled away in the closing miles.

She won by 21 seconds in 28:41 from Nicole Taylor of Tonbridge, who held off a late charge from 2006 National champion Lizzy Janes by a single second. Led by Hannah Viner in eighth, Highgate won the team race from Aldershot and Tonbridge.

The best race of the day was the under-20 men’s race over 8km which saw Matthew Stonier’s late kick getting him the verdict by the narrowest of margins from Tomer Tarragano as Bedford won the team event.

Seeing she was 15th in her previous race in the European under-23 championships, there was little doubt that Amelia Quirk would win the under-20 race and she delivered with a 38-second win in 24:18.

Another big favourite was Schools International winner Beatrice Wood, who won the under-17 women’s race but admitted she almost did not run due to a recent illness and played safe and made a late move to win in 19:13, three seconds up on Kirsten Stilwell as Aldershot won the team race.

The boys’ equivalent saw a surprise as Kent bronze medallist Matthew Taylor shocked the favourites with a fast finish and won by four seconds in 21:50 from a below par Will Barnicoat, although the latter had the consolation of leading Windsor to team victory.

Windsor also won the under-15 girls team race which was not surprising as Charlotte Dewar (17:00) won easily from team-mate Rachel Clutterbuck.

South London took gold in the under-15 boys race led by Conrad Norman’s ninth place but the favourite Lewis Sullivan, the reigning English Schools 1500m and cross-country champion, won in style in 14:24, six seconds ahead of Ethan Scott.

Sullivan had to ease back at one stage as the marshalling left something to be desired in the opening race of the day and he had to ask his competitors where to go.

Chiltern dominated the under-13 races winning individual and team events with Alden Collier taking the boys event by 18 seconds in 11:24 while Francesca Baxter proved too strong for her opponents in the girls race as she won in 12:20 from Tonbridge’s Lily Stack (12:27).

Johnson, from Gateshead Harriers, was always in the leading group but at one time it looked as though Leeds City’s Linton Taylor was going to make a winning run for home. However, Johnson, who is also one of the country’s best triathletes, recovered from a bad patch to finish strongly, while Joe Steward of East Cheshire also got the better of Taylor to take silver.

Judd (pictured below) was an impressive winner of the women’s race for Blackburn as she shook off the challenge of international triathlete Georgia Taylor-Brown who was having her first cross country race since last year’s National, when she placed fourth. 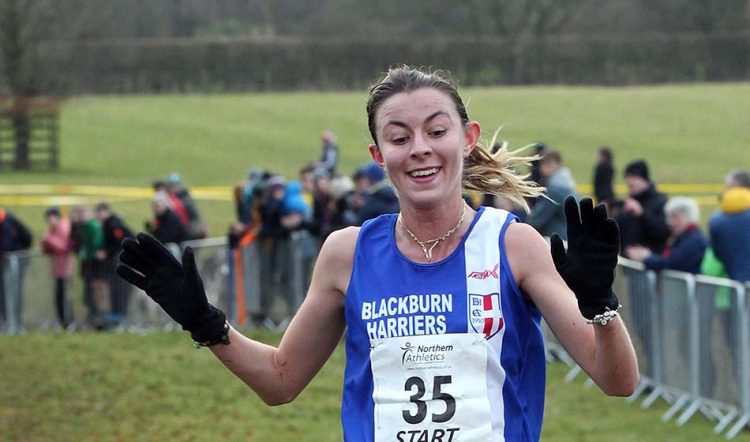 In third was Mhairi Maclennan, who is now running for Preston and who had won this title for the last two years.

With 4 in 12 and another two in the top 16, Leeds City swamped the opposition in the team race.

Olivia Mason of Border and Josh Dickinson of Leeds City won the under-20 titles. Lara Crawford of Sale and Archie Lowe of Middlesbrough took the under-17 races.

Grace Roberts of Vale Royal and Christopher Perkins of Birtley captured the under-15 titles, while Maisey Bellwood of Keighley & Craven and Alex Boyer of Darlington won under-13 gold.

Gemma Steel led Charnwood to a women’s team victory at Prestwold Hall near Loughborough as she was backed up by third-placed former champion, Juliet Potter, Martin Duff reports.

After a slow start, the former European gold medallist moved through to the lead alongside early front runner and Lincolnshire champion Cloe Hubbard. The three all tried to get away before Steel took advantage of a tentative run by Hubbard through the wooded section to win by 30m with Potter a similar distance down.

On an increasingly sticky course, Omar Ahmed led Birchfield to a solid team win (pictured below) to put an end to Notts AC’s nine-year run of golds. 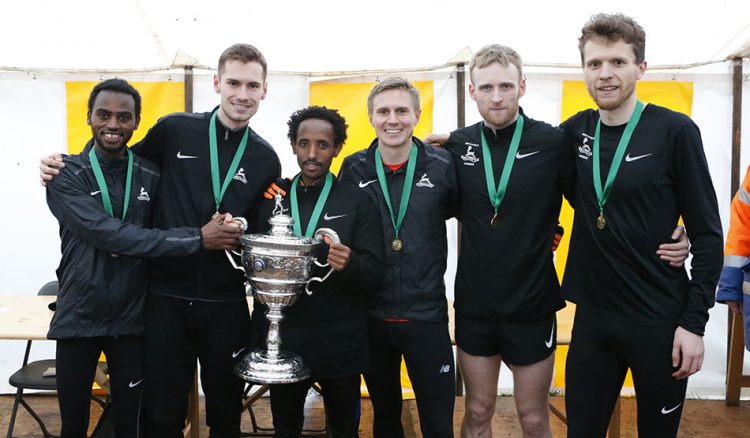 Part of a three-man breakaway with team-mate Kadar Omar Abdullahi and 2019 under-20 champion Ben Dijkstra, Ahmed, the runner-up last year, was quickest up the sticky last hill after the triathlete tried and failed to make a break.

The races were held over a slightly different course to the one used for the Inter-Counties in March in order to protect underfoot conditions. In the young athletes’ races the stand-out runner was European under-20 1500m bronze medallist Josh Lay, who took the junior men’s race for Rugby & Northampton from a limited field where no club closed in a scoring team. 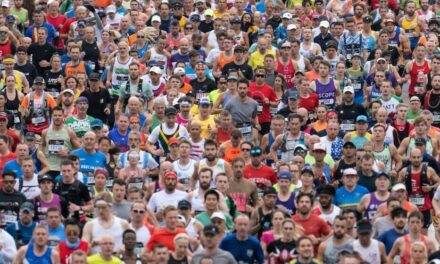 The Swedish superstar has now vaulted 6.10m or more on 12 occasions 🔥