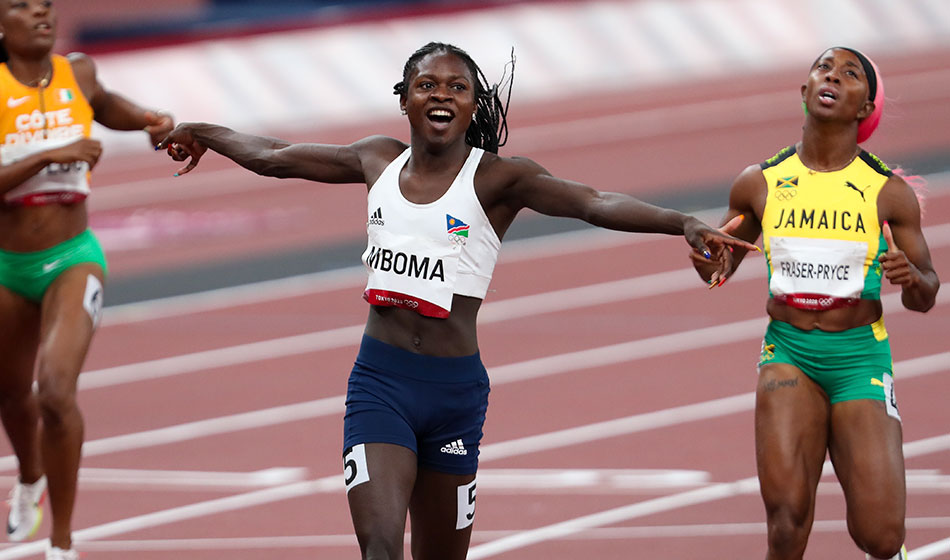 We look ahead to the action in Nairobi, with some great distance action in store and Christine Mboma set to be the star performer

The 18th edition of the World Under-20 Championships, which begins on August 18, won’t be its greatest in many respects, with some nations – including the USA, Great Britain, Australia and Germany – opting not to compete.

Travelling to Nairobi in the middle of a global pandemic – and during a year which also featured the Olympics and European Junior Championships – did not prove to be a draw for many nations and athletes.

However, given the strength of African Junior athletics and some good support from a number of European countries, there is no doubt that most events will still be both world class and highly competitive.

In total 973 athletes from 119 countries are expected to compete.

The event was due to start on the August 17 but was delayed by a day to allow for travelling athletes to settle in Kenya but here’s what to look out for when the action does get under way.

Men’s track
Godson Brume, the younger brother of African long jump record-holder Ese, is one of the favourites at 100m, having run 10.13 this summer, while the 200m may well come down to a battle between Botswana’s Letsile Tebogo (20.36 PB) and Denmark’s Tazana Kamanga-Dyrbak (20.48).

African U18 champion Lythe Pillay (45.53) is a marginal favourite at 400m and had the experience of running for South Africa’s 4x400m team in Tokyo.

Poland’s Krzysztof Roznicki won the European Junior 800m title and has run 1:44.51 this summer but will be up against a strong African contingent which includes Kenya’s Noah Kibet, who ran 1:45.11 in May.

At 1500m, Kamar Etiang finished second in the Kenyan Olympic trials in 3:33.02 but was pointed more in the direction of this championships, enabling Timothy Cheruiyot to run in Tokyo. Etiang’s biggest challenge may come from Ethiopian duo Melkeneh Azeze (3:33.74) and Wegene Addisu (3:34.21), who were fifth and sixth in their trials.

Ethiopia also have the favourite at 5000m in the form of Addisu Yihune, who finished a close fourth at the Olympic Trials in 12:58.99.

Kenya’s steeplechase dominance may be on the wane but Ethiopia’s Bikila Tadese Takele, who has run 8:09.37 this year, will need to run better than he did in Japan, where he exited in the heats. His team-mate Samuel Firewu, an 8:20.27 performer, may also challenge along with the Kenyan pair of Simon Kiprop Koech (8:18.43) and Amos Serem (8:20.26).

At 110m hurdles the huge favourite is newly-crowned European U20 champion Sasha Zhoya, who was born in Australia to a French mother and Zimbabwean father, and won in Estonia in 13.05 after clocking the fastest ever junior run of a marginally wind-assisted 12.98 (2.4mps) in the heats.

The European Junior champion is also favourite in the 400m hurdles, with Turkey’s Berke Akcam (49.78 in 2020) the quickest entrant.

Jamaica and Nigeria look the pick of the men’s 4x100m squads in action, though Italy could be in the mix in the 4x400m along with Jamaica and South Africa.

In the 10km walk, Spain’s European U20 champion Paul McGrath is likely to receive the greatest challenge from authorised neutral pairing of Maksim Pyanzin and Dmitriy Gramachkov, who have both been inside 40 minutes.

Sasha Zhoya settles in at the Nairobi track (Getty)

That’s also the case in the pole vault, with France’s Anthony Ammirati (5.72m) back up against Belarusian 17-year-old Matvei Volkov, who has set a world U18 best of 5.60m.

France should also do well in the long jump, with European U20 medallists Bryan Mucret (7.93m) and Erwan Konate (7.91m) topping the rankings.

In the triple jump Sweden’s Gabriel Wallmark should win his second junior title of the year if he can replicate his 16.39m form from Tallinn.

Lithuania’s Mykolas Alekna (69.77m) the son of double Olympic champion Virgilijus, should add further gold to the Alekna dynasty as he won the European U20 title by more than six metres. Jamaica’s Ralford Mullings (66.61m) should take the silver medal.

Ukraine’s Artur Felfner (78.41m) won in Tallinn by more than five metres and his biggest threat may come from India’s Kunwer Ajai Raj Singh Rana (74.75m), who will have been inspired by Neeraj Chopra’s Tokyo win.

Belgium should enjoy more multi-event success through European U20 champion Jente Hauttekeete, who won in Tallinn with a substantial score of 8150.

Women’s track
Though the 2018 champion and top-ranked Briana Williams is absent, Tina Clayton (11.17), who celebrates her 17th birthday while in Kenya, could keep the 100m title in Jamaica.

The biggest star out in Kenya is Namibia’s Christine Mboma, who broke the African record twice to win the Olympic silver medal in the women’s 200m, clocking a world junior record of 21.81.

It should be closer for second, though, between Tokyo sixth-placer and Mboma’s team-mate Beatrice Masilingi (22.28) and Nigeria’s Favour Ofili (22.30).

The best two 800m runners in the world – Athing Mu and Keely Hodgkinson – are juniors but the Tokyo duo won’t be in Kenya. In their absence South Africa’s Prudence Sekgodiso looks favourite with a recent 2:01.40, while Switzerland’s Valentina Rosamilia (2:02.38) looks to be a likely challenger.

Ethiopia will go for their fourth successive 1500m title with a big favourite in Diribe Welteji, who is the reigning 800m champion and has a 3:58.93 PB but failed to survive the heats in Tokyo.

Ethiopia also have the overwhelming steeplechase favourite in Olympic eighth-placer Zerfe Wondemagegn (9:16.41), with Kenyan duo Jackline Chepkoech (9:32.99) and Faith Cherotich (9:33.02) most likely to be her closest rivals.

World U18 100m hurdles record-holder Ackera Nugent looks a class apart in the sprint hurdles with a 12.76 PB but also 11.09 flat speed.

Jamaica also have the favourite in the 400m hurdles, through Garriel White (57.28).

In the 4x100m, Jamaica look big favourites to emulate their Tokyo success, with identical twins Tina and Tia Clayton among their quartet and Nigeria probably their closest challengers. That could also be the case in the 4x400m.

The mixed relay looks open because, as in Tokyo, the timing of the event means not all countries can field their fastest athletes. Poland will look to emulate their Olympic champions, though Jamaica could feature prominently, too.

Women’s field
The high jump could be a fascinating competition, with a lot of athletes around the 1.90m mark. Those include France’s Laureen Maxwell and Belgian 16-year-old Merel Maes (both 1.91m), though Serbia’s Angelina Topic (1.88m) – daughter of Dragutin Topic, who won the 1990 World U20 title with a 2.37m lead which still stands as the world U20 record – could challenge.

Sweden’s Maja Askag may have a hard job in repeating her European U20 long and triple jump gold double.

In the long jump, where there are a lot of contenders, she achieved a marginally wind-assisted 6.80m (2.2m/s) though it is Spanish runner-up Tessy Ebosele (6.63m) who has the best legal mark.

The triple jump looks like being a more straightforward competition and a repeat of the Swede’s Tallinn jump (14.05m) should see a clear win, with Authorised Neutral Athlete and Tallinn runner-up Valeriya Volovlikova (13.65m) her  most likely challenger.

The shot looks as if it will be a straight shoot-out between Turkey’s 17-year-old European U20 champion Pinar Akyol (17.65m) and South African Miné De Klerk (17.55m).

The hammer also has one athlete out on their own, with Finland’s European U20 winner Silja Kosonen who was 14th in qualifying in Tokyo and threw a world U20 record of 73.43m in June.

European U20 champion Elina Tzengko of Greece should start favourite in the javelin and her PB – a non-ratified 63.96m in August 2020 – bettered the world U20 record of 63.86m.