Will King Kipchoge hang on to his marathon crown? 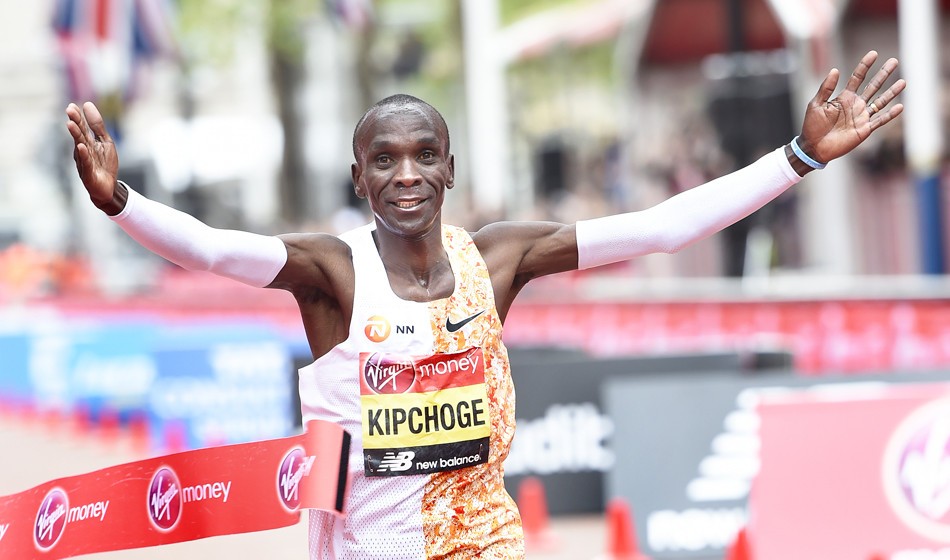 Kenyan world record-holder looking to continue his domination in London

Eliud Kipchoge has held the crown of marathon king for some time now. He seems to grow in strength and apparent invincibility with every victory. As if being the world record-holder was not enough, he inked his name into history by breaking the two-hour barrier in Vienna last year.

The withdrawal of Kenenisa Bekele, the 10,000m world record-holder who got within two seconds of Kipchoge’s official world mark (Vienna was not record eligible) in Berlin just over 12 months ago, would appear to have made his pursuit of a fifth London win that bit easier.

READ MORE: Kenenisa Bekele out of London with calf injury

However, no marathon is ever straightforward and this impressive field still contains six other athletes who have run under 2:05 and two who pushed Kipchoge until the latter stages of last year’s event.

For the British athletes, the most important marker is 2:11:30 – the Olympic qualifying standard – and in Sir Mo Farah they have a superstar pacemaker who will be aiming to help them hit their targets.

The defending champion, Olympic champion, world record-holder and four-time London winner has marked himself out as the one to beat. Victory on Sunday would make him the most successful runner in London Marathon history as five titles would take him past Ingrid Kristiansen as an elite race winner. He is also no stranger to running a marathon on a small looped course, given his Breaking2 attempt at Monza in 2017 and last year’s sub two-hour success in Vienna. 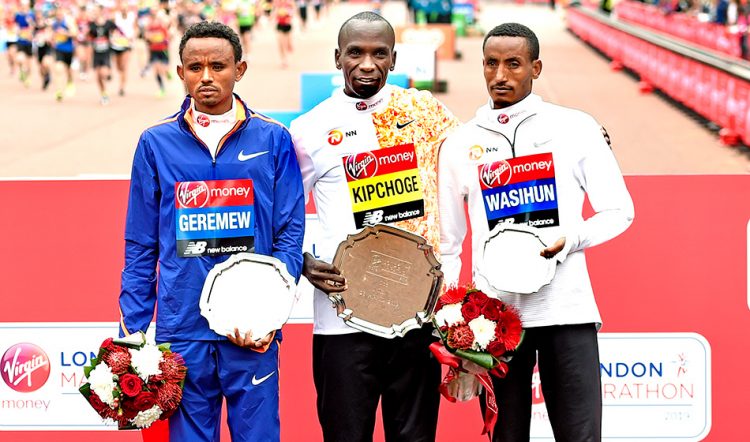 (From l to r) Mosinet Geremew, Eliud Kipchoge and Mule Wasihun made up the top three in London last year

The world championships silver medallist in Doha also came second behind Kipchoge in London last year as he produced a personal best which was an Ethiopian record until Bekele’s Berlin performance. A consistent performer in the marathon, winning in Dubai two years ago and coming second to Mo Farah in Chicago the same year, he has never finished lower than third in his six attempts to date.

Finished third in a personal best time during what was his London debut last year and also has podium finishes in Dubai and Amsterdam to his name.

This will be his first London appearance since finishing seventh back in 2016. Lemma is one of the few runners in this field to have raced over the marathon distance already this year, finishing third in Tokyo back in March.

The Olympic 10,000m bronze medallist finished sixth on his London debut last year but already had experience of racing on the streets of the UK capital, having taken silver in the 2017 World Championships marathon.

The two-time Rotterdam Marathon winner will be making his first London Marathon appearance.

The Ethiopian was runner-up in London two years ago and came fourth in 2019. The 2017 Rome and Frankfurt winner is a consistent performer who has placed second and fifth in New York, too. He also set a world junior record of 2:08:53 when finishing third in Shanghai five years ago.

The Kenyan had a year to remember in 2019, taking almost four minutes off his personal best when winning the Vienna marathon, then lowering that mark further with victory in Amsterdam just a few months later.

The Norwegian record-holder at 10,000m, half-marathon and marathon was also European marathon record-holder when he ran 2:05:48 three years ago to win the Fukuoka Marathon. That mark has since been bettered by Mo Farah and Kaan Kigen Ozbilen.

Moen, who ran 2:06:16 in Valencia in December, is making his London debut.

The 27-year-old who has one marathon victory to his name – Mumbai in 2016 – was a pacemaker in London last year and will be contesting the full race for the first time.

The German national record-holder is competing at the London Marathon for the first time since 2016.

Up until now, the American has only competed in one marathon outside of his home country, when coming sixth at the Rio Olympics four years ago.

The Canadian marathon record-holder and 10,000m Commonwealth bronze medallist from 2014 will be getting his first taste of the London Marathon this weekend. 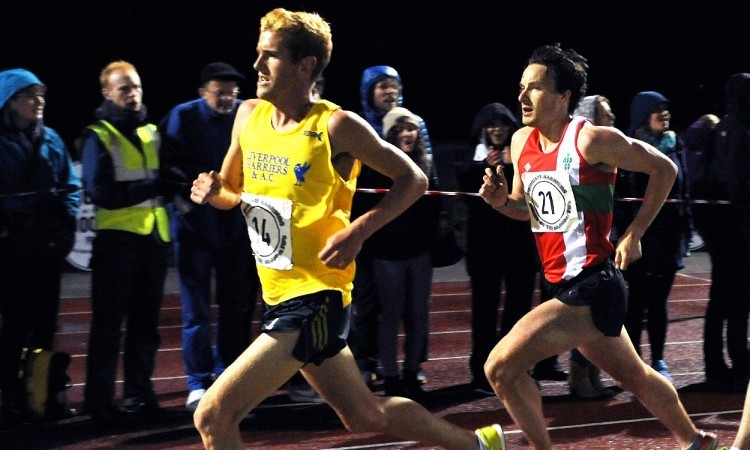 His personal best, which came in Seville earlier this year, is well within the Olympic standard of 2:11:30 Mellor will be gunning for. He is the only British athlete, other than the pre-selected Callum Hawkins and Mo Farah (who will run on the track in Tokyo) to have run inside the standard.

The South African, who was 13th over 5000m at the Rio Olympics, ran his marathon best at last year’s Cape Town Marathon.

The two-time Olympian is a former European marathon champion and was sixth at the 2017 World Championships in London.

The Australian half-marathon record-holder (59:57) will be running his second marathon, having made his 26.2-mile debut in London last year.

Third in the Santa Monica Marathon last year, he is a double Pan American Games champion over 5000m and two-time world finalist.

The 33-year-old clocked his marathon best when finishing 12th in Berlin last year. He was 10th in the European Championships marathon in the same city the year before.

Last year’s Richmond Marathon winner returns to race London for the first time in three years. The 39-year-old finished second to Kenenisa Bekele at this year’s Big Half.

The 31-year-old’s fifth-place finish and PB in Houston this year brought with it an Olympic qualifying slot on the Irish team for Tokyo as well as a Northern Irish record. He is making his first London appearance since the 2018 event.

The man who has represented his country at the World and European Cross Country championships ran his first marathon in Valencia last year and will continue his distance education in London.

The Welshman who sprang a surprise in London three years ago when he was first Briton home to earn a world championships spot is back at the scene of his personal best.

This will be the second marathon for the prolific cross country athlete, who debuted in Berlin last year.

The 41-year-old who has represented Britain at the 100km World Championships and was  30th at last year’s London Marathon returns to the event for a ninth time.

The British 50km record-holder and former Brighton Marathon runner-up is preparing to tackle London for the first time. 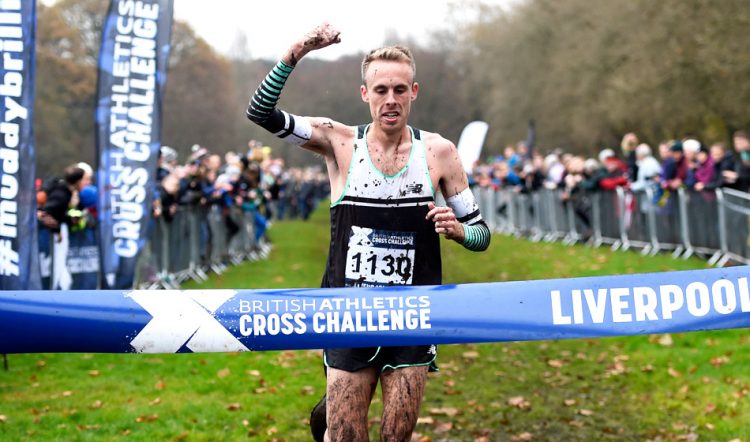 Ben Connor is making his marathon debut in London

The British 10,000m champion who also competed over 5000m at last year’s World Championships in Doha showed good form at the recent Antrim half-marathon and is stepping up to the 26.2-mile distance for the first time. 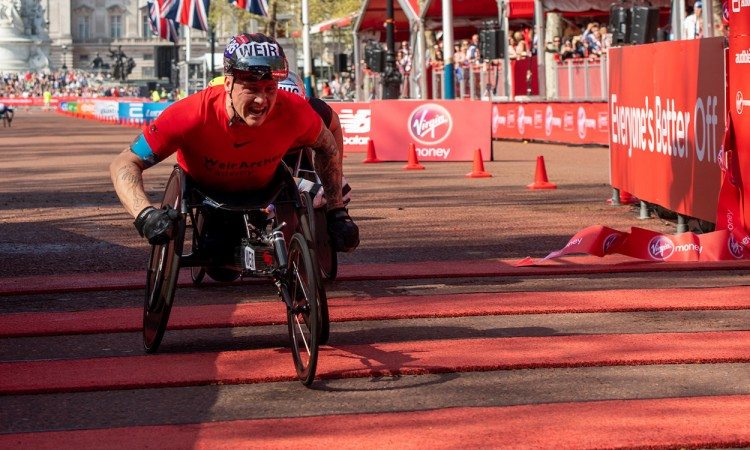 David Weir is the most successful athlete in London Marathon history

The Paralympic champion and last year’s Berlin marathon winner, nicknamed ‘the Silver Bullet’, the Swiss has tasted victory twice in London before and is almost always to be found right in contention.

A London champion in 2010 when making his debut in the event.

The remarkable 62-year-old who has won more than 100 marathons during his career is a three-time London champion.

The most successful athlete in London Marathon history, the eight-time champion will be taking to the senior event’s start line for the 21st time. He won the Mini London Marathon seven times and remains the only male athlete ever to win both Mini and senior events.