Kenenisa Bekele out of London with calf injury 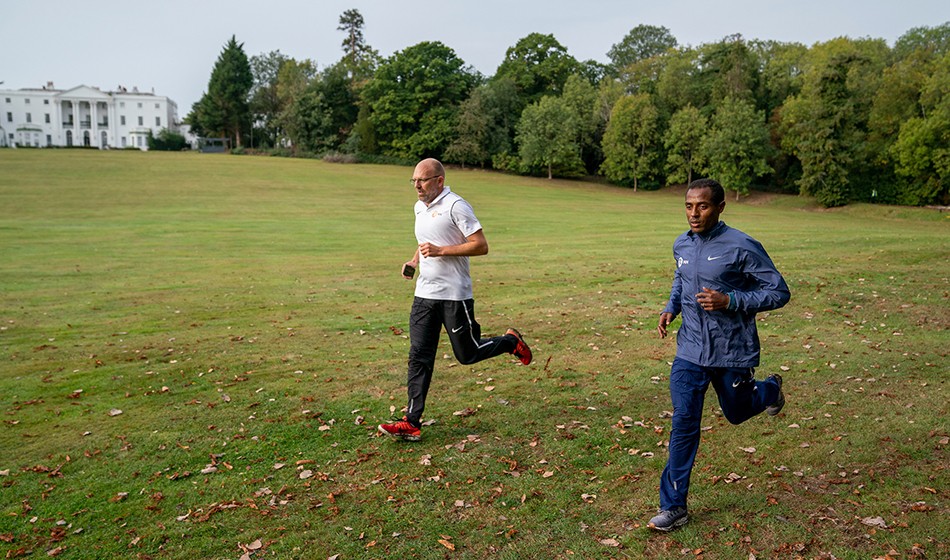 Kenenisa Bekele has been forced to withdraw from the elite men’s race in the Virgin Money London Marathon after sustaining a calf injury in the final stages of training before Sunday’s race.

Bekele, who second fastest marathoner in history and world 10,000m record-holder, injured his left calf doing two back-to-back speed sessions recently and it has stubbornly refused to clear up.

He said on Friday (October 2): “I am very disappointed that I cannot race on Sunday. It has been a tough preparation time with lockdown when I couldn’t have my NN team around me. I was in good shape but then I picked up a niggle in my left calf after two fast training sessions too close together in the last weeks of preparation.

“I have been having treatment every day since then and I truly believed I would be ready but today it is worse and I now know I cannot race on it.”

His clash with world record-holder Eliud Kipchoge was an eagerly-awaited showdown that has caught the imagination of running fans around the world as it featured the two fastest marathon men in history.

An unfortunate calf injury has forced Kenenisa Bekele to withdraw from the London Marathon. "This race was so important to me. My time in Berlin last year gave me great confidence and motivation and I was looking forward to show that again, I have worked so hard for it." (1/2) pic.twitter.com/x9A4MgF8JX

Bekele was due to race for the first time since he clocked 2:01:41 to win the 2019 BMW Berlin Marathon and added: “This race was so important to me. My time in Berlin last year gave me great confidence and motivation and I was looking forward to show that again, I have worked so hard for it.

“I know many people around the world have been looking forward to this race and I am sorry to disappoint my fans, the organisers and my fellow competitors. I will take time to recover and become fit again and I hope to be back in London next year.”

In reaction to the news Jos Hermens, manager of Bekele and director of the NN Running Team (pictured below), said: “The Covid-19 pandemic turned the world upside down and had a big influence on the sports world in general, but also had a big influence specifically on the preparation of Kenenisa Bekele in the lead up to London Marathon. 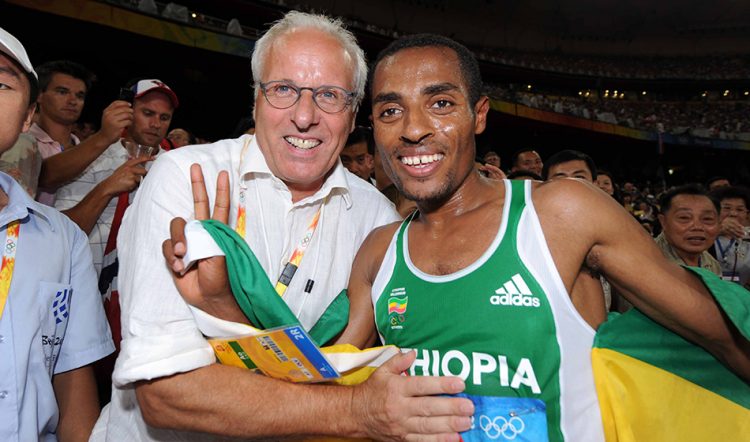 Jos Hermens with Kenenisa Bekele at the Beijing 2008 Olympic Games

“On the level where we work it is a thin line between a top performance and staying healthy. The unusual circumstances complicated this situation unfortunately. We will work hard to get him back to the highest level again.”

Hugh Brasher, London Marathon event director, said: “The world has been waiting to see this head to head between Kenenisa Bekele and Eliud Kipchoge but it will now not happen this Sunday. We know how disappointed he is and we wish him a speedy recovery.

“This was never likely to be just a two-man race as we had four of the top ten fastest marathon runners ever and six men in the field who have broken 2:05, including Mosinet Geremew and Mule Wasihun, second and third last year, and 2018 runner-up Shura Kitata.”