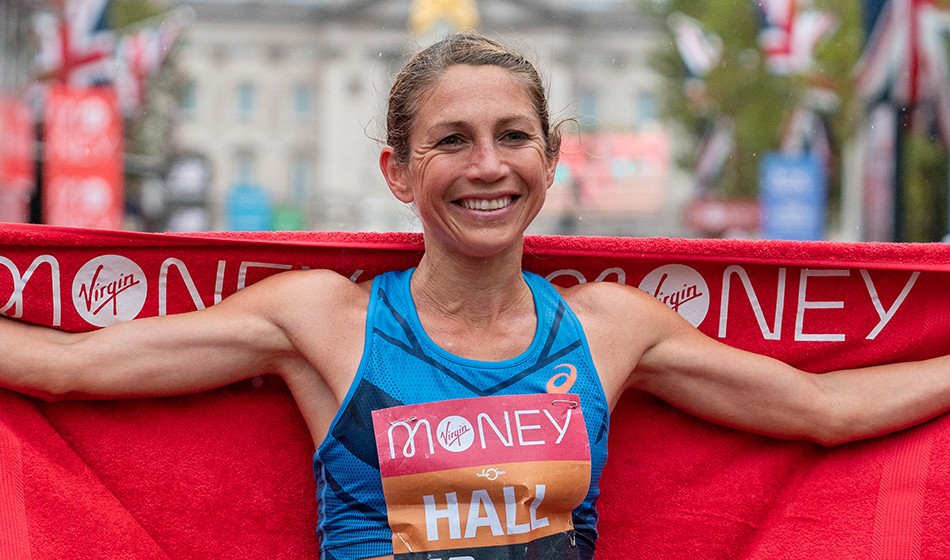 Just 11 weeks after finishing second at the Virgin Money London Marathon in a PB of 2:22:01, Sara Hall improved again on Sunday (December 20) and ran 2:20:32 in Arizona to become the second fastest ever American female marathoner.

The specially-organised Marathon Project event in Chandler had been designed for fast times and in the men’s race a total of seven athletes dipped inside 2:10, led by Martin Hehir who went under 2:09.

Another athlete to impress was Britain’s Sarah Inglis, who lives in Canada where she works as a PE teacher, as she ran 2:29:41 for ninth on her marathon debut, missing the Olympic qualifying standard by just 11 seconds.

Having continued her great form after her 2:22 performance in wet and cool conditions in London in October, Hall had her eye on the US record and racing on the 4.3-mile loop course in Arizona she was on target to beat Deena Kastor’s 2:19:36 from 2006 as she passed 10km in 33:03 and 15km in 49:29 before going through the halfway point in 69:38, joined by Kellyn Taylor.

At that stage the improving Keira D’Amato was in third, passing that point in 71:40.

Behind them, Emma Bates finished fourth in 2:25:40 as Natasha Wodak was fifth in 2:26:19, making a big improvement on her previous best of 2:35:16 from her only other marathon in 2013 to move to second on the Canadian all-time list and secure the Olympic qualification mark.

Just outside that mark was Inglis, who ran the fifth fastest ever marathon debut by a British woman with her time of 2:29:41.

The Scot enjoyed a successful 2019 as she returned to the GB team for the first time since 2010 and set PBs at a range of distances and in Arizona she proved she has maintained her fine form during this disrupted year. She will now surely target making another British team and aim to achieve the 2:29:30 qualifier at the British Olympic marathon trial in March.

“So close but enjoyed first time out!” Inglis wrote on social media.

The men’s race saw Hehir, who is a full-time medical student at Sidney Kimmel Medical College in Philadelphia and has worked in ICU during the pandemic, take two and a half minutes off his previous best set when finishing sixth at the US Olympic marathon trials in February. Running 2:08:59, he won ahead of Noah Droddy with 2:09:09 and Colin Bennie with 2:09:38.

Canada’s Ben Preisner was next to finish and clocked 2:10:17 on his marathon debut. His compatriot Cam Levins, the national record-holder, didn’t enjoy such success and had to settle for 15th in a time of 2:12:15.