LIVE STREAM: Atlanta and Oregon track clubs clash in ‘Return of the Dual’ 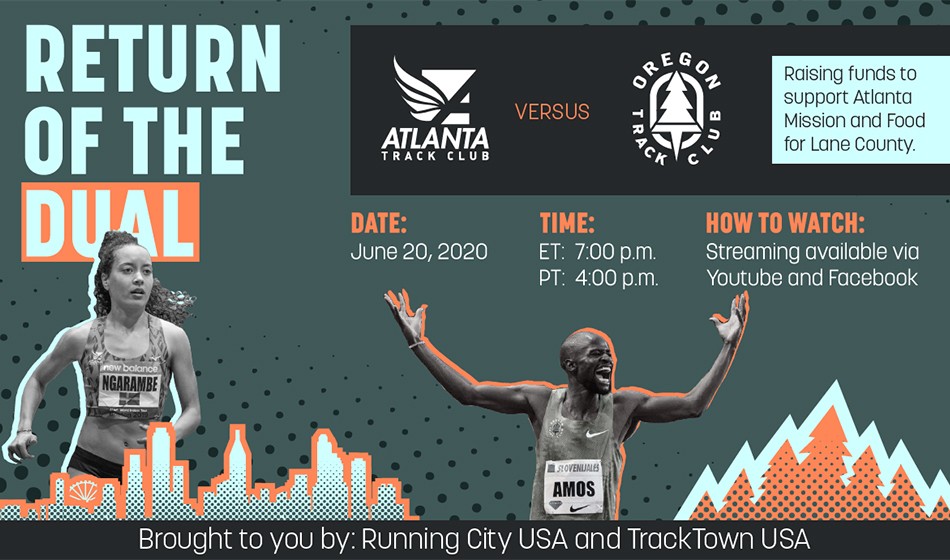 Athletics fans around the world will be able to tune in to watch track action taking place in both Atlanta and Oregon on Saturday (June 20) as athletes go head-to-head in the remote ‘Return of the Dual’.

Botswana’s London 2012 Olympic 800m silver medallist Nijel Amos, the USA’s 2014 world indoor 800m champion Chanelle Price and Britain’s 2017 European under-20 1500m champion Jake Heyward are among those competing at the event, which is raising money to fight homelessness and hunger in the greater Atlanta and Lane County areas.

Amos will go up against Dylan Capwell in the men’s 600m, while the women’s race will feature Price against Rachael Walters. The women’s 1200m will see Yolanda Ngarambe and Hanna Green battle for victory and the men’s race will see Abe Alvarado take on Vince Ciattei.

Heyward is joined by Sabrina Southerland on the Oregon mixed 2x2x400m relay team which will face Atlanta’s Avery Bartlett and Megan Malasarte.

The races in each location will start simultaneously and be hand timed, with athletes achieving 1 point for victory in the individual races and 3 points for the win in the relay. The team with the most points wins.

Both teams will compete at closed venues with no crowds present, following all local Covid-19 requirements and guidelines, on what would have been the first weekend of the US Olympic Team Trials and also the original weekend of the British Championships.

As the sport makes its return in various locations and formats, the next meeting in the rescheduled Diamond League is the Inspiration Games exhibition event in Zurich set for July 9.

The live stream will use “innovative technologies and creative solutions”, such as zero-emission electric vehicles, to capture footage of the athletes during the races in each location.