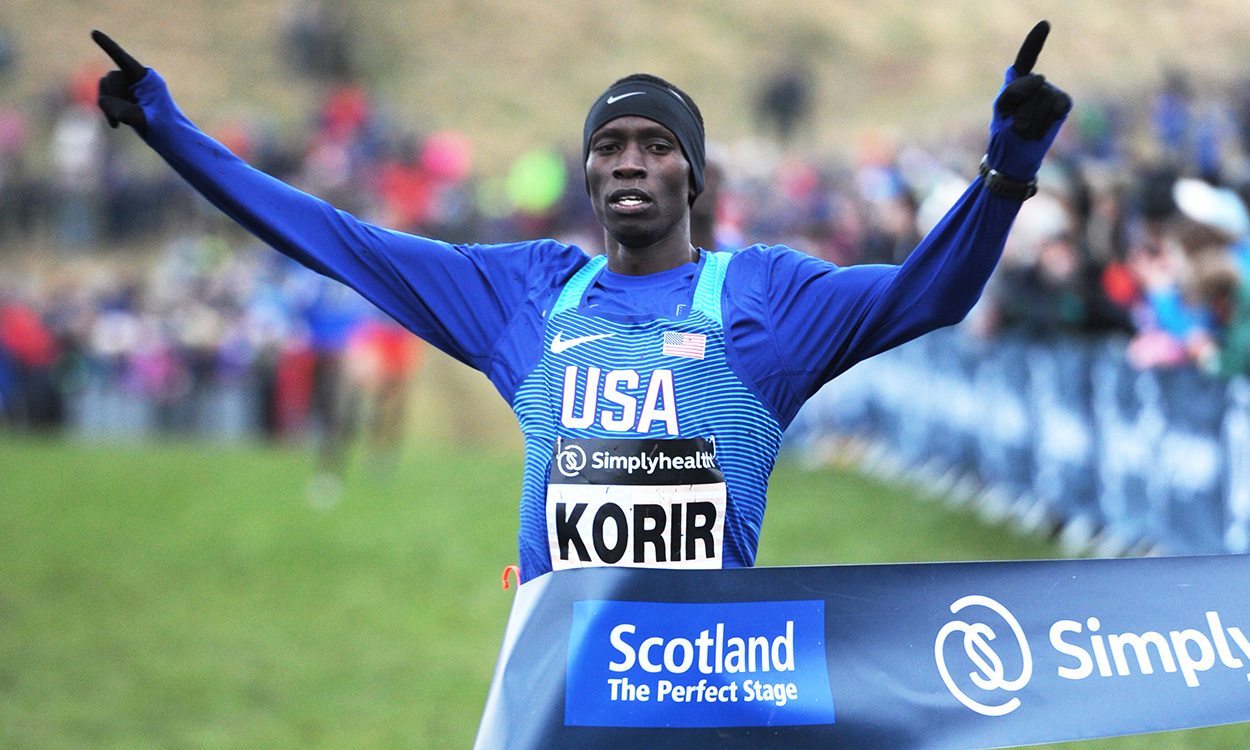 Leonard Korir produced almost a carbon copy of his performance 12 months ago to successfully defend his Simplyhealth Great Edinburgh XCountry title, as Europe took the overall team win ahead of Great Britain and the USA.

Whereas last year he outsprinted home favourite Callum Hawkins, this time the Kenyan-born American overtook European cross country champion Kaan Kigen Ozbilen of Europe in the closing stages to round off the action in what looks to be the final time the Scottish capital will host this event.

Aras Kaya, himself a European cross country champion in 2016, was third over the 8km course, while Euro Cross sixth-placer Ben Connor continued his fine form as he came home best-placed Briton in fifth.

Korir judged his effort perfectly over the picturesque route to finish in 24:32, winning by three seconds, and was delighted to have got 2018 off to a winning start, his next major target being the IAAF World Half Marathon Championships in March.

“I usually start off the year with cross country and I really like this race, so to start off with a win is fantastic. It means a lot to win again,” he said.

There was a stirring British effort in the junior men’s race, over 6km, as Matt Willis made a brave move to the front in the final lap. The triathlete ultimately held on for third, five seconds behind eventual winner Simen Halle Haugen of Europe, a Norwegian who swapped cross-country skiing for running, with Ouassim Oumaiz runner-up.

“I’m really proud with how I did,” said Willis, with Tom Mortimer and Jake Heyward the next best-placed Brits in sixth and seventh respectively. “I started off on the back of the main pack but as people started to drop off, I made sure I was still hanging on to the group of Europeans and Americans.

“Each of the laps it kept whittling down. When the bell went for the last lap it gave me a bit more to surge on. The two Europeans went back passed me at that point so I just had to hang on.”

As well as the international competitions, there were a wide range of Inter-District contests taking place during a packed day of action.

East’s Kristian Jones was a convincing winner of the senior men’s race, too, the Welshman leading his district to the team win. Junior men’s winner was North of England’s Angus McMillan.

The under-17 men’s race was incorporated with the junior men’s international event, with East’s Christian Graham breaking the tape and West taking the team honours. For the women, Cera Gemmell won for East, who took another team victory.

First winner of the day was Jack Patton of West, who took the under-15 boys’ title, though East were team winners. The girls’ race started just minutes behind and was won by Anna Hedley, who also led the East team to team victory.

In the under-13 races, Finlay Ross was first home in the boys’ event for East, team winners once more. They also enjoyed victory in the girls’ event, won by Katie Johnson.

On the roads, the day had begun with the Simplyhealth Great Winter Run, which follows a hilly 5km route. Darren Thom was first home in 16:14, with Claire Moffett first woman in 18:04.