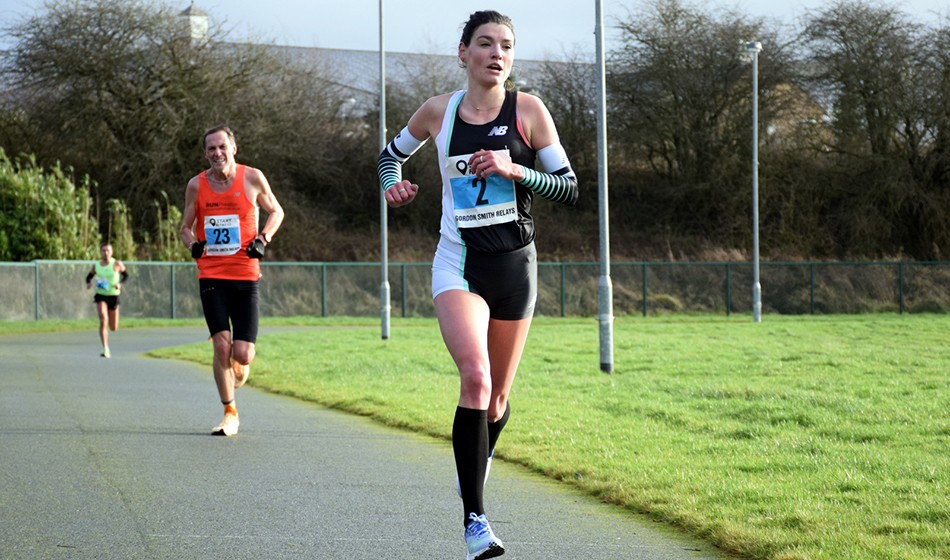 Emile Cairess followed his 10km success in September with another Podium event victory, this time over 5km. Clocking 14:11 in wet and cold conditions, the European under-23 10,000m bronze medallist won a close race ahead of Ross Millington (14:12) and Joe Wigfield (14:13).

Also in that sub-16:30 race was AW shoe guru Paul Freary (pictured top, behind Avery) who ran 16:14, while triathlete James Scott-Farrington won in 15:04.

AW subscribers can find a more in-depth report and results in the AW Clubhouse here.

Spain’s Boubacar Sabaly and Morroco’s Douae Ouboukir won in respective times of 14:36 and 16:55.