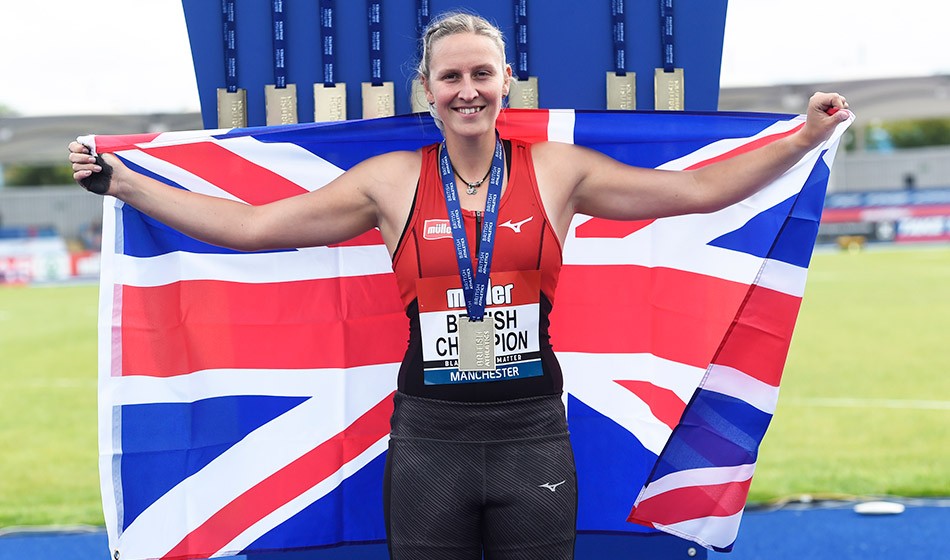 Emotional pole vault win for British champion, while a number of field athletes add to their title hauls

An emotional Holly Bradshaw dedicated her British Championships pole vault gold medal to her grandfather, who passed away just a few hours before she competed in Manchester on Saturday.

A stadium record height of 4.35m was enough to secure an eighth national outdoor title, with Sophie Cook second with 4.25m and Sophie Ashurst third with 3.70m, but simply turning up to compete had been foremost in Bradshaw’s mind.

“I have had a rough 24 hours,” said Bradshaw, who leapt to Diamond League victory in Stockholm last month and has a best of 4.73m this year. “My Grandad, who was one of my biggest fans and always came to the British Champs, passed away yesterday so I really thought it was appropriate to come and retain my British title for him.

“I struggled in the warm-up after not getting much sleep last night trying to rally the family around. It was important for them that I competed and became British champion. He would be really, really happy and proud of me.”

Elsewhere in the field events, another stadium record fell at the Manchester Regional Arena when Craig Murch threw 73.24m to win the men’s hammer as Chris Bennett took silver with 68.84m and Chris Shorthouse bronze with 67.26m.

A clearance of 1.80m was enough for Morgan Lake to win a fifth British high jump title on countback from Jodie Smith’s PB performance, while Emily Borthwick was third with a best of 1.77m.

There was also a fifth British title, in the triple jump, for the 37-year-old Nathan Douglas, who responded to the pressure and leapt a final-round 15.80m to take gold. Sam Trigg-Petrovic had applied that pressure with a jump of 15.59m, while Jonathon Ilori came third with 15.17m.

In the women’s event, Naomi Ogbeta successfully defended her title to become national outdoor champion for a fourth time after a leap of 13.44. In a close battle for second, Shanara Hibbert took the silver with 12.86m ahead of Angela Barrett’s season’s best 12.72m.

Scott Lincoln is another multiple national champion and he made it six outdoor titles with a closing effort of 19.65m to win the men’s shot put. Lewis Byng was runner-up thanks to a throw of 16.66m, while George Hyde’s PB of 16.55m earned him a place on the podium.

In the men’s discus Nick Percy retained his title thanks to a fifth-round throw of 59.74m, which was an immediate response to the 58.48m thrown by second-placed George Armstrong. Five-time Paralympic medallist Daniel Greaves was third with 54.90m. 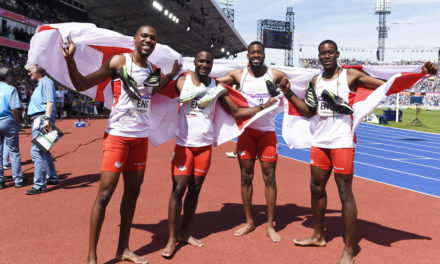 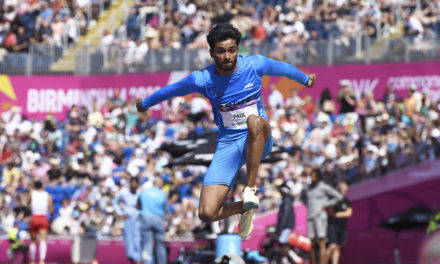 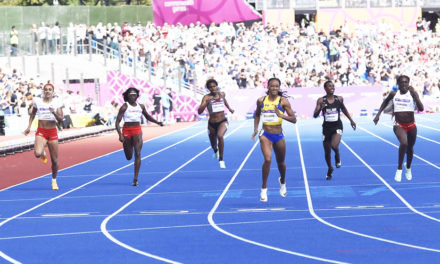 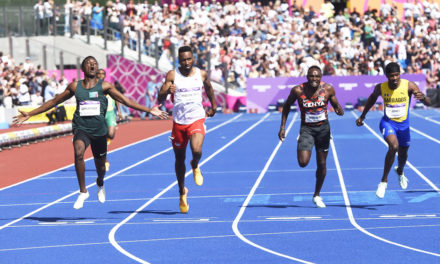