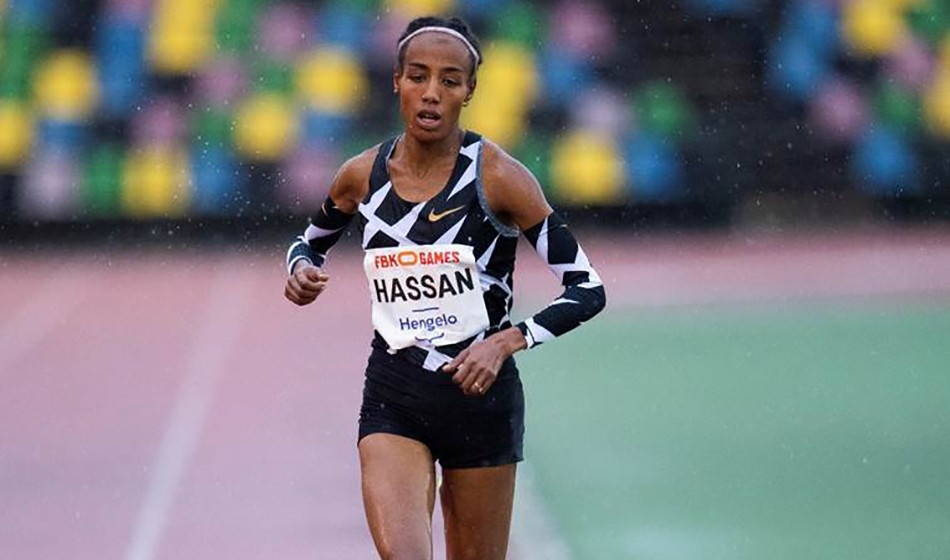 The European 10,000m Cup in Birmingham is not the only big event of the weekend as Sunday (June 6) sees the FBK Games – a World Athletics Continental Tour Gold meeting – in Hengelo.

The Dutch venue has seen a number of distance world records over the years and the 2021 field is headed by five world champions and four Olympic gold medallists.

Double world champion Sifan Hassan returns to the track on which she set a European 10,000m record of 29:36.67 last year and she may well hope to improve that time and even challenge Almaz Ayana’s 29:17.45 world record if conditions are favourable.

Kenya’s Daisy Cherotich, Uganda’s Mercyline Chelangat, New Zealand’s Camille Buscomb and Canada’s Andrea Seccafien look the best of the rest but could end up a lap behind if Hassan is in her World Championships form.

Britain’s women 800m runners have been in sparkling form in 2021 and they currently occupy four of the top 10 spots in the world outdoor rankings this season. This race features a quartet who have all been well inside two minutes with European indoor champion Keely Hodgkinson plus Laura Muir, Jemma Reekie and Adelle Tracey all likely winners.

The opposition is top class too though as world 800m champion Halimah Nakaayi makes her two-lap debut this summer and Norway’s Hedda Hynne and France’s Renelle Lamote (1:58.65 in Montreuil this week) should ensure a cracking race.

In the men’s event, European indoor record-holder Elliot Giles competes in his first outdoor two-lap of the year and he too has a mouthwatering British line up to take on as Max Burgin, who set a European under-20 record of 1:44.14 in Ostrava, competes along with Daniel Rowden, who has looked in sharp form and won in Gothenburg this week. 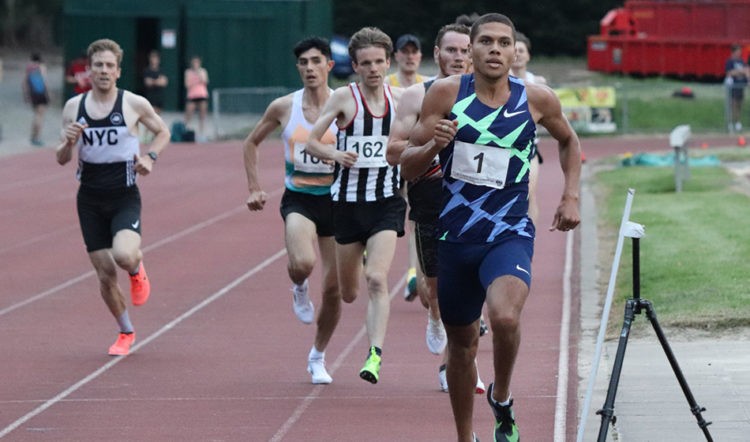 Former world fourth placer Kyle Langford, who ran a PB for 400m this week, and Guy Learmonth are also in the field.

European indoor 400m runner-up Tony van Diepen will be hoping for a home win and he has run 1:45.36 this summer and France’s Benjamin Robert may be their best opposition.

Another British middle-distance runner in form is Jake Wightman, who follows up his impressive European Team Championships 800m win by moving back to 1500m and taking on Kenyan Abel Kipsang, who won in Montreuil and Uganda’s Ronald Musagala. Britain’s Charlie Da’Vall Grice and Piers Copeland are also in the field.

It is not just in the middle distances that British fans will be savouring.

World 200m champion Dina Asher-Smith returns to Hengelo six years after she set her first British 100m record and will be looking for much better conditions than she encountered at Gateshead where a 3.1m/sec headwind held her back to a 11.35 as she destroyed many of the world’s best sprinters. 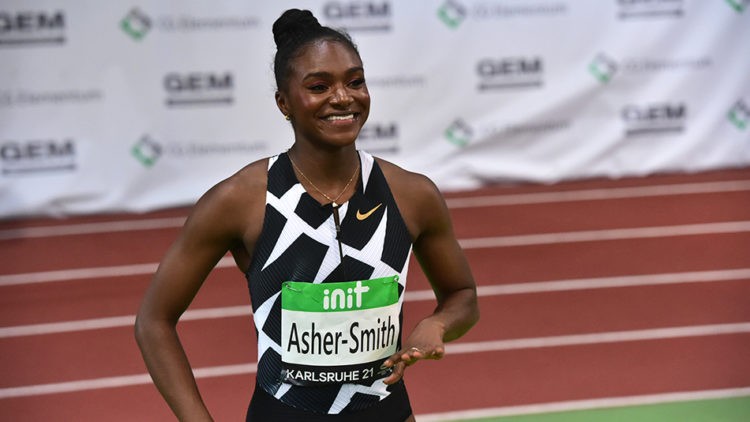 Nigeria’s world and Olympic medallist Blessing Okagbare, who has gone sub-11 this summer in Doha, Eugene and Samorin, will be her most likely challenger and home favourite and two-time world 200m champion Dafne Schippers is also in the line-up as is Britain’s Daryl Neita, who has already run 11.12 this summer.

World championships bronze medallist Fred Kerley, who has run 9.91 at 100m this summer, returns to the 400m. European champion Matthew Hudson-Smith is also in the field but will need a big improvement on his 2021 form shown so far to mount a challenge.

Pole vault world record-holder Mondo Duplantis is hoping to bounce back after his 23-meeting winning streak came to an end at the Diamond League in Gateshead and the Swede will hope to erase Sam Kendricks’ meeting record and Dutch all-comers’ record of 5.91m.

All eyes in the women’s race will be on European indoor 400m champion Femke Bol in her first race over the barriers in 2021. Lina Nielsen is the British entry.

Another top class event should be the men’s high jump with all three European indoor medallists Maksim Nedasekau, Gianmarco Tamberi and Thomas Carmoy back in action and they face Olympic champion Derek Drouin and Oceania record-holder Brandon Starc.

The event will be streamed on the World Athletics YouTube page from 3pm local time (2pm BST) on June 6.