Gebrselassie to run as pacemaker in London 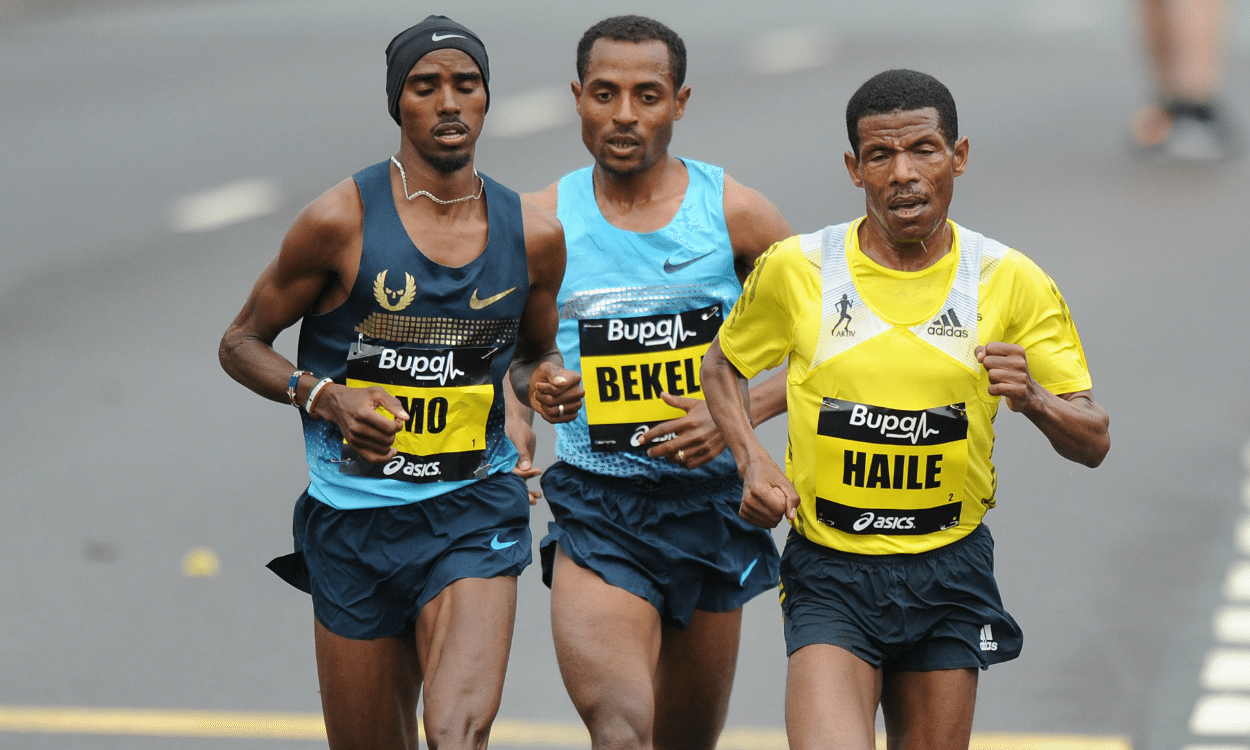 Haile Gebrselassie is to be the lead pacemaker for the elite men’s race at the Virgin Money London Marathon on April 13.

The Ethiopian long distance great, who has a marathon best of 2:03:59, will pace the leading men to the 30km point at world record speed.

“It is payback time!” said Gebrselassie, who aims to use London as preparation for the Hamburg Marathon in May where he has his sights set on another masters world record. “I have had many pacemakers when I broke my 27 world records.”

On the field behind him, he added: “One of the reasons why I came here is to see myself (where he is at).

“The main reason I am here this year, the London Marathon field has never happened like this one. You don’t see any other race with such big names, all the stars.”

It will be the first time that Gebrselassie, who has won two Olympic and four world gold medals over 10,000m as well as twice breaking the marathon world record, will run as a pacemaker in a top-class international race, with London the place that he made his debut over the distance back in 2002.

Since then, the 40-year-old, who turns 41 just five days after this year’s London Marathon, has run in 16 marathons. He broke the world record for the first time in September 2007 at the Berlin Marathon before bettering that mark a year later on the same course, clocking 2:03:59, a record that stood for three years.

Gebrselassie has run the London Marathon three times as a competitor, finishing third behind Khalid Khannouchi and Paul Tergat on his debut in 2002 and placing ninth in 2006. He was forced to drop out in 2007 when he had problems with asthma and later told AW how he would not compete in the London Marathon again because he has suffered badly with hayfever there in the past.

“Haile is an icon of distance running, a man who has broken 27  world records on the track and road during his long and brilliant career, and we can’t think of anyone better to set our elite men up for a crack at the world marathon record,” said London Marathon race director Hugh Brasher.

“Everyone knows how difficult it is to break the world record on London’s course, especially with such a competitive field, but with Haile pacing and four of the fastest marathon runners in history in the race, there’s a real chance we will see something special.”

In order to beat the current world record of 2:03:23 set by Kipsang at the Berlin Marathon last September, each mile will have to be run quicker than four minutes 43 seconds. To be on course for the record, Gebrselassie will need to lead athletes through half of the 42.195km course in around 61 and a half minutes as they aim to reach 30km in close to one hour and 28 minutes.

The elite men’s field, which now also includes Gebrselassie’s 18-year-old compatriot Tsegaye Mekonnen who clocked 2:04:32 to win this year’s Dubai Marathon on his debut, can be found here, while the elite women’s field is here.