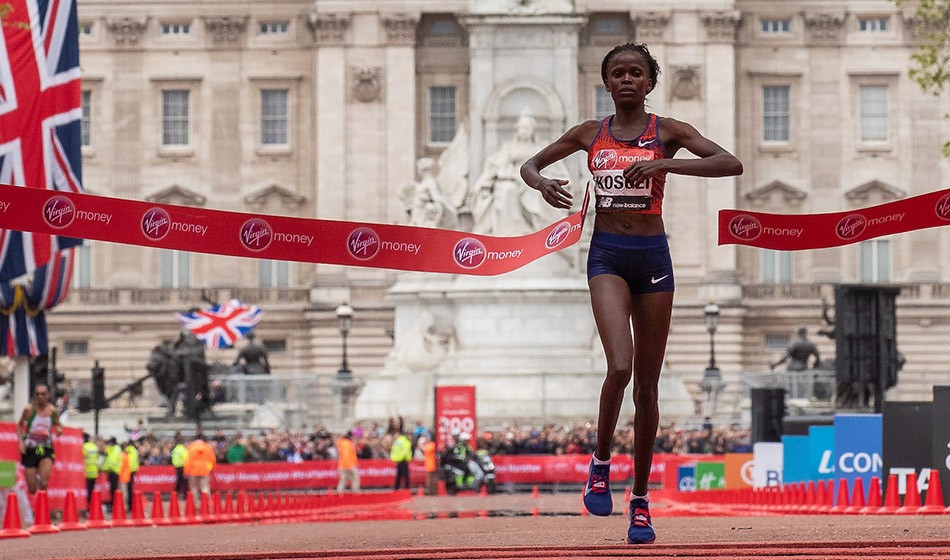 The elite-only races will involve 19 clockwise laps of a 2.15km route around St James’s Park, with a traditional finish on The Mall

Virgin Money London Marathon organisers have revealed the loop course on which athletes will race in the elite-only 40th edition of the event on October 4.

As reported last month, the 2020 London Marathon will not feature a mass race and the elite racing will take place within a “secure biosphere” around St James’s Park.

It has now been confirmed that those races will involve 19 clockwise laps of a 2.15km route around the park plus an extra 1345m, with a traditional finish on The Mall. 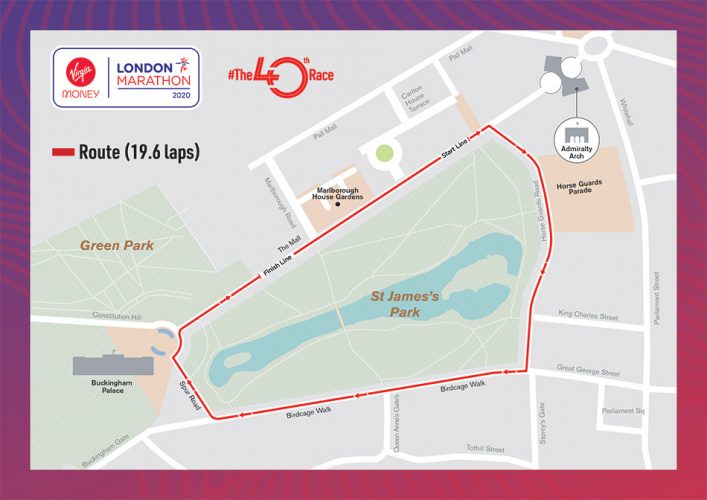 The loop will see athletes start at the top of The Mall before they progress down Horse Guards Road, turn into Birdcage Walk, continue on to Spur Road in front of Buckingham Palace and then head back on to The Mall.

The course will be sealed off from the public to maintain the integrity of the “biosecure bubble”.

Access to most of St James’s Park will be maintained for local residents and park users but the course will not be visible from inside the park. There will be no spectator access and no public viewing points along the course, but the BBC is planning eight hours of live coverage of the event and people will be asked to watch on TV instead.

Alongside the elite races, more than 40,000 people have signed up to take part in the virtual mass event which will see them take on the 26.2-mile marathon distance from home or anywhere in the world on the course of their choice.