Ethan Hussey among athletes to impress at Manchester BMC GP 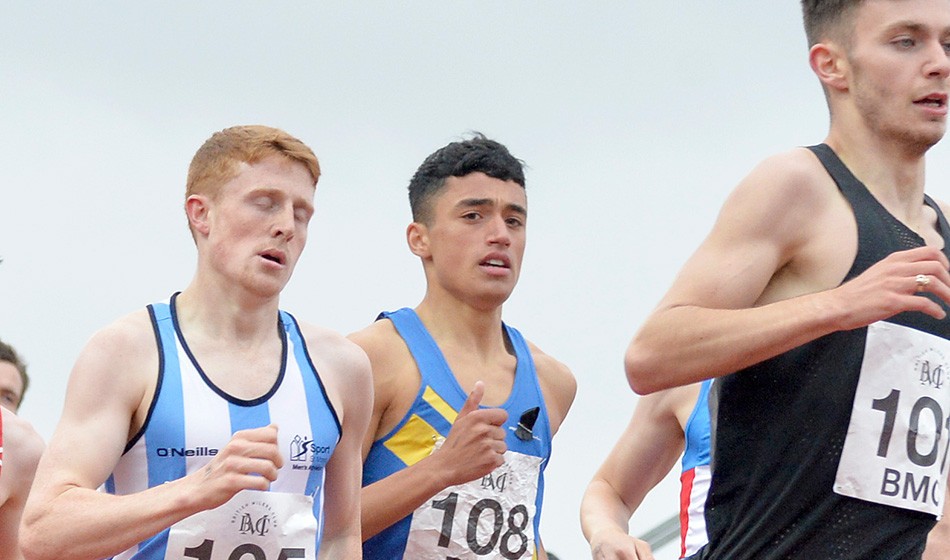 Teenager Ethan Hussey moved to second on the UK under-17 1500m all-time list after improving his personal best to 3:46.45 at the British Milers’ Club Grand Prix meeting at SportCity, Manchester, Kevin Fahey reports.

Running in the A race the 16-year-old from Leeds finished strongly to carve almost four seconds from his personal best set last year and move up 16 places – overtaking the likes of Steve Cram and Charlie Da’Vall Grice in the process – in the British rankings with only Matthew Shirling ahead of him on 3:44.11.

Hussey finished sixth in the race which was won by Matthew Wigelsworth in a PB of 3:44.03.

Another top performance came in the men’s 800m as 18-year-old Oliver Dustin not only raced to his first Grand Prix A victory but also set a PB of 1:48.01 which took him inside the European U20 Championships qualifying standard of 1:49.00

British internationals Lynsey Sharp and Jess Judd were both winners, Sharp winning the 800m in 2:06.56 and Judd holding off a spirited challenge from Claire Duck with 15:39.00.

» See the next edition of AW magazine for further coverage